President Yoon Suk Yeol of South Korea has issued a pardon to Lee Myung-bak, the former president who was sentenced to a 17-year term in 2020 on bribery and embezzlement charges, Mr. Yoon’s office announced on Tuesday. The pardon will go into effect on Wednesday.

The presidential pardon would allow Mr. Lee, 81, to be released from a hospital in Seoul, where he has been receiving treatment for chronic illnesses, without returning to prison. It would also cancel the remaining 15 years on his sentence and nullify the unpaid 8.2 billion South Korean won, or $6.4 million, of the fine of 13 billion won that the courts imposed on him. The charges against Mr. Lee included collecting bribes and embezzling more than 30 billion won.

The pardon of Mr. Lee, who was president from 2008 to 2013, is intended “to restore the potential of a South Korea united through pan-national integration,” the Justice Ministry said in a statement on Tuesday.

In addition to Mr. Lee, the pardon was applied to more than 1,300 other civilians, high-profile politicians and former officials convicted of corruption, bribery, election interference and other white-collar crimes, including people who served during the administration of another former president, Park Geun-hye.

“I hope that the pardon recipients will deeply incorporate the values of national unity, reconciliation and inclusiveness contained in this pardon,” the minister of justice, Han Dong-hoon, said in a news conference.

Mr. Lee was initially expected to be pardoned in August when Mr. Yoon, who took up office in May, first exercised his clemency power. At the time, Mr. Yoon pardoned Lee Jae-yong, the head of the Samsung conglomerate, who had served time for bribery in a separate case.

Ms. Park was impeached and ousted on charges of ​bribery and abuse of power in 2017, and was sentenced to 25 years in prison. She was pardoned last year by her successor, Moon Jae-in, after serving nearly five years. That move drew mixed reactions, including criticism of Mr. Moon’s decision to free her despite the seriousness of the crimes.

Mr. Lee’s pardon has rankled critics as well. Park Sungjoon, spokesman for the opposition Democratic Party, said at the National Assembly that the pardon was a “mass, indiscriminate release” of Mr. Lee’s and Ms. Park’s associates.

Mr. Yoon and Mr. Lee are both conservative politicians, and the pardon of Mr. Lee is expected to be popular among conservative supporters. Critics have said this challenges the Yoon administration’s explanation that freeing Mr. Lee is intended to promote national unity.

Mr. Lee was ​arrested in 2018, and a Seoul district court sentenced him to 15 years in prison that year, convicting him of collecting 8.6 billion won, or about $7.5 million at the time. An appeals court added two years to his prison sentence in February​ 2020, saying that the value of the bribes he had taken was larger: 9.4 billion won.

The court ruled that he had taken bribes from various sources, primarily from Samsung, the tech giant, when he was a presidential candidate and after he took office. The ruling also stated that Mr. Lee, a former ​executive of Hyundai, disguised his ownership of an auto parts maker, Das, under the names of relatives and embezzled 24 billion won from Das from 1995 to 2007.

​​In October 2020, the Supreme Court ​upheld Mr. Lee’s ​​appellate court verdict and 17-year prison sentence until he was released for hospitalization this June to treat chronic illnesses including diabetes and hypertension.

Tags
From Pardon That Was Yoon 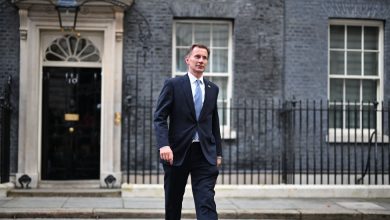 What to Expect From the U.K.’s Budget Proposals Today 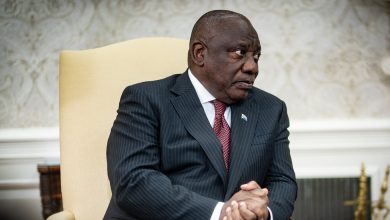 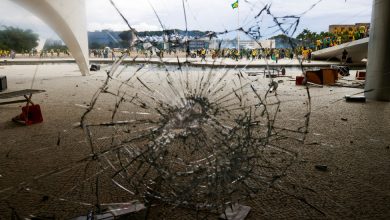 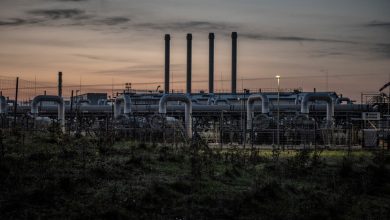