Anton Mzimba, the lead ranger at a reserve in South Africa, had received multiple death threats. But he tried not to let the warnings of danger get to him, reminding himself that by protecting rhinos he was working for the greater good, according to an interview he gave last year.

“What I’m doing, I’m not doing for my own sake,” Mr. Mzimba said in the 2021 interview. “I’m doing this for the world, for my children’s children, so that one day, when I hang my boots — when I retire, when I die — they are going to enjoy the wildlife.”

Africa’s close-knit conservation community has been reeling since Mr. Mzimba was gunned down in front of his family at home on July 26. His wife was also shot, but survived. The slaying has stoked concerns that criminal syndicates may be growing more brazen and violent in their efforts to secure illegal wildlife products.

Mr. Mzimba, 42, was the head ranger at Timbavati Private Nature Reserve, a 206-square-mile protected area in the Greater Kruger landscape, home to elephants, rhinoceroses, lions, leopards and cheetahs. In an environment plagued by poaching and corruption, Mr. Mzimba was known for being incorruptible — a stalwart of conservation.

“If you want to talk front line, you talk Anton Mzimba,” said Ruben de Kock, operations manager for LEAD Ranger, a professional training group. “He was the ultimate ranger.”

Reached by phone, Brig. Selvy Mohlala, a spokesman for the police unit leading the investigation into Mr. Mzimba’s killing, said that “we don’t know if the attack had something to do with his work or private life.”

But given the number of serious job-related threats aimed at Mr. Mzimba and his efforts to thwart crime syndicates, Andrew Campbell, the chief executive of the Game Rangers’ Association of Africa said that would appear to be the most likely motive.

Mr. Mzimba’s dedication to defending wildlife “definitely” seems to have been a factor, said Edwin Pierce, Timbavati’s warden. “Anton was a man of integrity, a man that wouldn’t waver from protection of rhinos,” he said.

“For syndicates to have actually gone ahead with this, it means Anton was a significant threat to them,” Mr. Pierce added.

Rangers around the world risk their lives every day, but those in Africa face especially high levels of danger. Elephant and rhino poachers are always armed, and in politically unstable places like the Democratic Republic of Congo, militia groups frequently clash with rangers.

Of the 565 African rangers known to have died in the line of duty since 2011, 52 percent of the deaths were homicides, according to Mr. Campbell. The number of deaths has also been increasing, he said, with a record high of 92 rangers last year, half of them attributed to homicide.

Mr. Mzimba’s death stands out, however, as “an escalation from the norm,” Mr. Campbell said. “Now these syndicates feel comfortable literally coming in and doing mob-style hits.”

It is also probable, Mr. Campbell added, that Mr. Mzimba was targeted because of his high profile in the conservation and wildlife security community. He was named Field Ranger of the Year and is featured as the protagonist of an upcoming documentary film, “Rhino Man.” He also served as a technical adviser with the Global Conservation Corps, where he helped to initiate a program that now connects 10,000 South African students a week to their natural heritage.

A rhinoceros in Kruger National Park in South Africa. As of 2017, South Africa was home to 75 percent of the world’s remaining 23,562 white and black rhinos.Credit…Godong/Universal Images Group via Getty Images

“Anton was one of the kindest, most gentle and loving humans, but he was also a warrior,” said John Jurko II, co-director of “Rhino Man.” “He was out there defending these rhinos from serious threats from poachers.”

Born in Mozambique, Mr. Mzimba and his family moved to South Africa in search of better opportunities. His career in conservation began by chance, when a job removing invasive plants brought him to Timbavati. Mr. Mzimba was just 17, but his work ethic caught the eye of the reserve’s warden, who offered him a full-time position.

Within a decade, Mr. Mzimba had become head of the ranger corps at Timbavati. “This was a person who truly made it from the bottom to the top,” Mr. de Kock said.

Mr. Mzimba often said he viewed wildlife protection as his duty as a Christian, and he was also renowned for his loyalty.

When Mr. Mzimba started working at Timbavati in 1998, the poachers he apprehended were mostly poor men who sneaked into the reserve to hunt animals for food. By the 2010s, however, organized criminal syndicates were aggressively pursuing rhino horns, which were in high demand in China, Vietnam and other Asian countries. “We went from subsistence poaching and killing animals for meat to killing animals for money,” Mr. Mzimba said last year.

As of 2017, South Africa was home to 75 percent of the world’s remaining 23,562 white and black rhinos, according to the International Union for Conservation of Nature. At least 9,353 of South Africa’s rhinos have been killed for their horns over the past 13 years. Although poaching has decreased from a high of 1,215 rhinos lost in 2014, it remains a major problem: Last year, 451 rhinos were killed.

“I would say we’re holding the line,” said Elise Serfontein, the founding director of StopRhinoPoaching.com, a South Africa-based nonprofit conservation organization. “But the effort to hold that line comes at a massive cost financially, and a massive cost physically and mentally for rangers and reserve management.”

Rangers regularly receive death threats for their work, Mr. Pierce said, and Mr. Mzimba was no exception. “The poaching syndicates were trying to emotionally and psychologically break him, and he wouldn’t break,” Mr. de Kock said.

Mr. Mzimba began as a ranger at age 17 and was head ranger within a decade. “This was a person who truly made it from the bottom to the top,” Ruben de Kock, a ranger trainer, said.Credit…Global Conservation Corps

Last spring, Mr. Mzimba opened an intimidation docket with the local police to report multiple threats tied to his work protecting wildlife. “We were hoping that those who were threatening Anton’s life would be arrested and charged with conspiracy to commit murder,” Mr. Pierce said.

According to Mr. Pierce and Mr. de Kock, Mr. Mzimba learned in May that his name was then on a more serious hit list. Mr. de Kock and his wife offered to let Mr. Mzimba and his family temporarily stay at their home in another part of the country, but Mr. Mzimba declined, telling Mr. de Kock he needed to stay close to his fellow rangers.

According to Brigadier Mohlala, the police spokesman, two people arrived at Mr. Mzimba’s home on July 26 claiming that their vehicle had broken down and asking for water. Mr. Mzimba was outside working on his car, and when his son went to fetch the water, they shot Mr. Mzimba. They also shot his wife, who is still in the hospital.

No arrests have been made, Brigadier Mohlala said, “but it’s safe to say that we haven’t stopped investigating.”

Mr. Mzimba is not the first high-profile conservationist to be killed in what appears to be a targeted assassination. In 2017, for example, Wayne Lotter, co-director of the PAMS Foundation, an anti-poaching group in Tanzania that had been investigating ivory trafficking, was shot dead in a car on his way home from the airport in Dar es Salaam. “When we lost Wayne, it was definitely a big eye-opener for us as to what extent people would go if you’re getting in their way,” said Krissie Clark, founding director of PAMS.

In 2020, Lt.-Col. Leroy Bruwer, a South African police detective who specialized in investigating rhino poaching syndicates, was also fatally shot while driving to work. Last year, Bajila Obed Kofa, a senior Kenya Wildlife Services officer, was gunned down while driving home after dropping his daughter off at school.

South Africa in particular already suffers from “enormously high levels of assassinations tied to politics and organized crime,” said Julian Rademeyer, director of East and Southern Africa at the Global Initiative Against Transnational Organized Crime. The fear now is that such targeted killings may also become more of a norm for those working in conservation.

If Mr. Mzimba’s killers are not brought to justice, Mr. Rademeyer added, it will have a chilling effect on other rangers and “will send a message that these kinds of things go unpunished and the people involved are effectively untouchable.”

Only 19 percent of South Africa’s murder cases are solved, according to the Institute for Security Studies. Mr. Pierce said that, so far, he and his colleagues had been “frustrated” by what they see as a lack of urgency and “slowness” in the investigation. “Anton’s legacy needs to be honored, and we need to get to the bottom of this,” Mr. Pierce said. “We’re hoping this is seen as a high-priority case.”

“All the murder cases are treated as high-priority crimes,” Brigadier Mohlala said. “As soon as we get something, we’ll definitely make a quick arrest.” 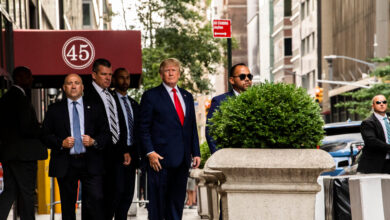 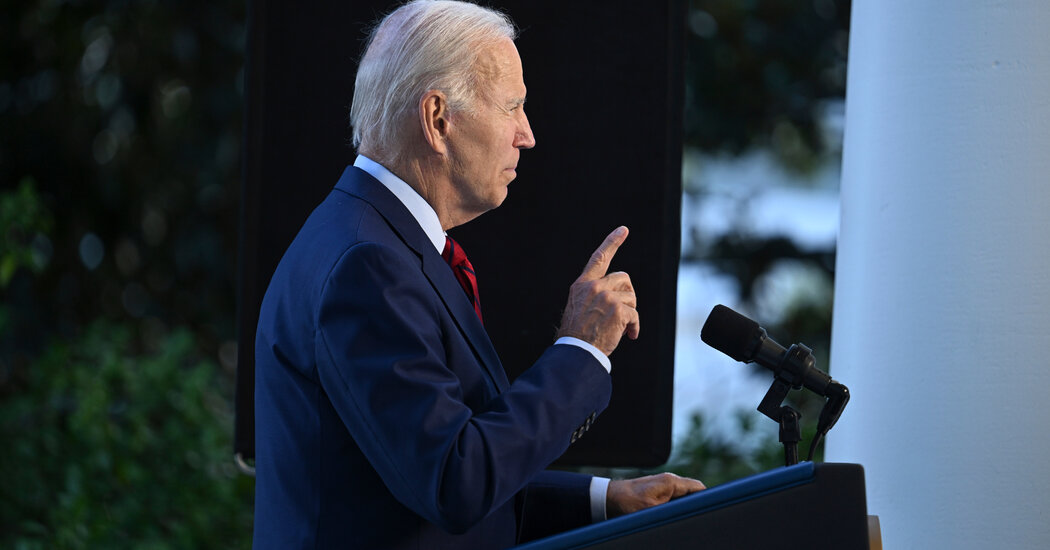 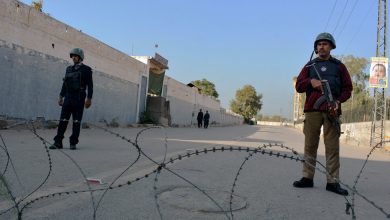 Pakistan Raids a Prison After Militants Seize a Hostage