WASHINGTON — For his first four years in office, President Ronald Reagan had a tough time forging any kind of relationship with his counterparts in the Soviet Union. “They kept dying on me,” he later explained. It fell to his vice president, George H.W. Bush, to attend the funerals. “You die, I fly” became Bush’s wry motto.

So when the latest in a string of aged Soviet leaders died in 1985, Reagan once again sent Bush to represent him at the service — and to take the measure of the young new successor, Mikhail Gorbachev. Margaret Thatcher, the conservative British prime minister, had declared that Mr. Gorbachev was a “man we can do business with.” But Reagan and Bush were not so sure.

After meeting Mr. Gorbachev at the funeral in Moscow, Bush sent a cable back to Reagan with his impressions. In his view, Mr. Gorbachev was just a slicker version of the same old Communist apparatchik, a party functionary with “a disarming smile, warm eyes and an engaging way of making an unpleasant point,” but someone to be wary of. Mr. Gorbachev was charming and presented himself as a new-generation modernizer, but neither Reagan nor Bush was convinced he was for real.

On that, they would both be proved wrong. First Reagan and then Bush came to view Mr. Gorbachev, who died at 91 on Tuesday, as an authentic agent of change and a trustworthy interlocutor who could at last help end the four-decade-old, nuclear-armed Cold War. No American presidents until that time had ever had a closer, more collaborative relationship with a leader in Moscow than Reagan and Bush would have with Mr. Gorbachev, not even Franklin D. Roosevelt’s alliance of convenience with Joseph Stalin during World War II.

In this era, when President Vladimir V. Putin has once again put Russia at odds with the United States and the two sides are waging a proxy war in Ukraine, the solidarity that developed between Reagan and Bush on one hand and Mr. Gorbachev on the other is all the more remarkable to remember. It is a testament to how much has been lost in the two decades since Mr. Putin took power and effectively dismantled Mr. Gorbachev’s legacy.

Mr. Gorbachev was a bit of a cipher to the Americans when he took over the Kremlin at the age of 54, a break from the gerontocracy that had ruled the Soviet Union for years without history interacting with foreign leaders to judge. Diplomats and intelligence agents were not ready to take him at face value.

After being briefed on the new leader by Arthur A. Hartman, his ambassador to Moscow, Reagan recorded his doubts in his diary. “He confirms what I believe that Gorbachev will be as tough as any of their leaders. If he wasn’t a confirmed ideologue he never would have been chosen” by the Politburo, Reagan wrote.

Still, Reagan, while a committed anti-communist, had grown deeply unsettled by the prospect of nuclear war since taking office and believed he could transform the fractious Soviet-American relationship if he could only meet with the other side. When he finally sat down with Mr. Gorbachev in Geneva in late 1985, the two men had vigorous debates about their various issues but what became known as their “walk in the woods” allowed them to become more comfortable with each other.

By the time they met again a year later in Reykjavik, Iceland, they even came close to brokering a deal to eliminate nuclear weapons altogether during more than 10 hours of talks, only to deadlock over Reagan’s determination to build an antimissile defense system called the Strategic Defense Initiative and nicknamed “Star Wars.” Even as Mr. Gorbachev began loosening the reins on the Soviet empire, Reagan pushed him to go further, traveling to Berlin in 1987 and challenging him to “tear down this wall.”‌ ‌

But over time and a couple more landmark summit meetings in Washington and Moscow, the two forged a genuine friendship and negotiated a landmark arms control treaty that for the first time did not just slow the arms race but eliminated an entire category of weapons and set the stage for an eventual end to the Cold War.

“Initially, each found the other exacerbating — Gorbachev driven nuts by Reagan’s stories and Reagan by Gorbachev’s inability to grasp the wonders of the Strategic Defense Initiative,” said Kenneth L. Adelman, Reagan’s arms control chief and author of “Reagan at Reykjavik.” “But eventually each understood that the other was sincere in seeking to end the horrifying nuclear threat.”

While in Moscow during his final year in office, Reagan was asked if he still viewed the Soviet Union as the “evil empire” he had long called it. “No,” he said. “That was another time, another era.” And he praised Mr. Gorbachev for the change. “Mr. Gorbachev,” he told reporters at a news conference in Moscow, “deserves most of the credit, as the leader of this country.” During another trip to Moscow a year after leaving office, Reagan told reporters that “President Gorbachev and I discovered a sort of a bond, a friendship between us.”

In running for president in 1988, Bush initially thought Reagan had gone too far and trusted too much. After taking office, Bush put the relationship on hold for months pending a policy review, what came to be known as “the pause,” much to Mr. Gorbachev’s consternation. But Bush, too, eventually befriended the Soviet leader and found ways to collaborate that had profound implications for world history.

Jeffrey A. Engel, author of “When the World Seemed New,” a history of Bush’s foreign policy, said the connection between the 41st president and the last Soviet leader “changed over time from profound skepticism bordering on mistrust” to a “good working relationship.” But it was a relationship, he added, that was born out of pragmatic necessity on both sides.

“Gorbachev needed Bush’s recognition, support and, most critically, money,” said Mr. Engel, director of the Center for Presidential History at Southern Methodist University. “Bush knew whomever came after Gorbachev, especially if due to a coup or violent sudden transition of power, would likely roll back all of his reforms and reignite a smoldering Cold War.”

Bush navigated the collapse of the Soviet empire and the end of the Cold War as partners with Mr. Gorbachev rather than adversaries. After the Berlin Wall fell in 1989, Bush refused to gloat or even express a sense of triumph, fearing that would make life more difficult for Mr. Gorbachev in facing off hard-liners at home.

With the help of his secretary of state, James A. Baker III, Bush and Mr. Gorbachev negotiated the reunification of Germany as well as their own arms control treaty. In the “new world order” Bush envisioned, he and Mr. Gorbachev teamed up to counter Iraq’s invasion of Kuwait and to seek a Middle East peace deal.

Bush was so aligned with Mr. Gorbachev that he quietly supported the Soviet leader’s efforts to hold the crumbling empire together, despite the agitation of hard-liners in his own government like Dick Cheney, then the defense secretary, who wanted to encourage the breakup of the union. “He never put Gorbachev on the spot,” Pavel Palazhchenko, Mr. Gorbachev’s translator, once said of Bush.

Ultimately, the union collapsed anyway, leading to a brief period of hope that Russia would become more democratic but also alienating revanchists like a young Mr. Putin who considered it “the greatest geopolitical catastrophe of the century.” More than 30 years later, as he seeks to conquer the former Soviet republic of Ukraine, Mr. Putin is trying to put back together what fell apart under Mr. Gorbachev.

“History will remember Mikhail Gorbachev as a giant who steered his great nation towards democracy,” Mr. Baker said in a statement on Tuesday after Mr. Gorbachev’s death. Despite Bush’s initial doubts about the Soviet leader, Mr. Baker said, “I found him to be an honest broker and could count on his word despite domestic pressure in Moscow.”

No American president would have said that about Mr. Gorbachev’s predecessors and meant it. And none will ever say it about the man who now holds Mr. Gorbachev’s office in the Kremlin. 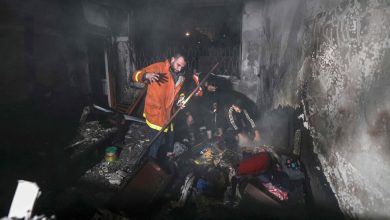 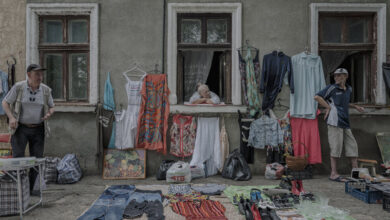 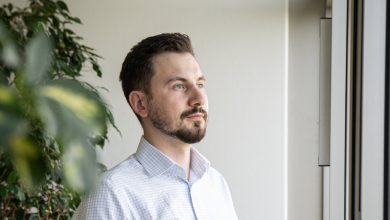 5 Russian Bullets Dashed an Opera Singer’s Dreams. Then He Reclaimed His Voice.