They have set fire to hay and manure along highways, dumped trash on roads to create traffic jams, and blockaded food distribution centers with their tractors, leading to empty shelves in supermarkets. Across the country, upside down flags wave from farmhouses in protest.

The anger of the farmers is directed at the government, which has announced plans for a national 50 percent reduction of nitrogen emissions by 2030, in line with European Union requirements to preserve protected nature reserves, that they believe unfairly targets them. Factories and cars also emit large amounts of nitrogen and have not been targeted, they say, although the government said that cuts associated with both polluters would be addressed in the future.

Agriculture is responsible for the largest share of nitrogen emissions in the Netherlands, much of it from the waste produced by the estimated 1.6 million cows that provide the milk used to make the country’s famed cheeses, like Gouda and Edam.

To realize those planned cuts, thousands of farmers will be required to significantly reduce livestock numbers and the size of their farming operations. If they cannot meet the cuts the government demands of them, they may be forced to close their operations altogether.

The Dutch government has set aside about 25 billion euros, about $26 billion, to carry out its plan, and some of that money will be used to help farmers build more sustainable operations — or buy them out, if possible.

Firefighters in July along a highway in Apeldoorn, Netherlands, after farmers set fire to manure and hay bales to protest the government’s nitrogen policy.Credit…News United/EPA, via Shutterstock

“My livelihood and my network is being threatened,” said Ben Apeldoorn, whose farm in the province of Utrecht has about 120 cows producing milk for making cheese. “You’re just no longer allowed to exist,” said Mr. Apeldoorn, 52, who has been a farmer for 30 years.

But activists and ecologists say that drastic measures are needed to cut emissions and allow the Netherlands do its part to address global warming — an aim that has become all the more urgent this summer as Europe faces record temperatures and drought.

And they say that the agriculture sector has to change.

“If you have less livestock, you have less manure and less production of nitrogen,” said Wim van der Putten, a researcher at the Netherlands Institute of Ecology.

The World Wide Fund for Nature and other environmental organizations wrote in a letter to the Dutch minister of agriculture this month that “the transition to a sustainable agricultural and food system is urgent and necessary.” The letter also said that consumers in the Netherlands needed to do their part to make sure emissions targets were reached.

Europe’s Shift Away From Fossil Fuels

The European Union has begun a transition to greener forms of energy. But financial and geopolitical considerations could complicate the efforts.

“Consumers also have to take responsibility,” it said. “Dutch people will have to consume more vegetables and fewer (-70%) animal proteins.”

All of this comes as wrenching change in the Netherlands, where dairy farms have long been as much of the national identity as the country’s windmills and canals. It is also a major producer and exporter of milk and milk products. In 2021, it sent €8.2 billion worth of dairy products abroad and produced a total of 13.8 billion kilos of milk, according to ZuivelNL, a Dairy organization.

Much of the nitrogen emissions in the Netherlands comes from waste produced by the estimated 1.6 million cows that provide milk for the country’s famed cheeses. Credit…Ilvy Njiokiktjien for The New York Times

But while many in the nation of 17 million people have sympathized with the farmers, support for them seems to be dwindling. In July, about 39 percent of Dutch people said they supported the farmers’ protests, down from 45 percent the month before, according to a survey by a Dutch research firm.

Prime Minister Mark Rutte, who this month became the country’s longest-serving prime minister and has grappled with what is known in the Netherlands as “the nitrogen crisis,” has condemned the protests, calling them “unacceptable.”

“Willfully endangering others, damaging our infrastructure and threatening people who help clean up goes beyond all limits,” Mr. Rutte, who has met on several occasions with farmers, said recently on Twitter.

Helma Breunissen, 47, a dairy farmer who with her husband also runs a veterinarian’s office, attended one of the meetings with Mr. Rutte to make her anger known.

“If half of the cattle needs to disappear, then my veterinary’s office will also end,” Ms. Breunissen said by telephone. “I don’t want a bag of money from the government, I just want to do my job.”

Farmers also say they are frustrated that the government is not doing enough to find technical innovations or other ways to cut down emissions to avoid reducing livestock numbers.

The Netherlands is a major dairy producer and exporter, making close to 14 billion kilos of milk in 2021.Credit…Ilvy Njiokiktjien for The New York Times

But, said Mr. van der Putten from the Netherlands Institute of Ecology, technical solutions are not enough to realize the level of cuts needed given amount of nitrogen the country pumps out, much of it from the production of eggs, dairy and meat.

“The problem is that a solution now needs to be found in a very short term,” he said. “This isn’t a problem that arose in a few years, this is a problem of decades and everyone just kicked the can down the road.”

“We have to meet goals, those are set by European laws,” said Erwin Wunnekink, a farmer and the chairman of LTO, a farmers organization. “It’s not that we don’t want to meet goals, but it’s mostly the way this has happened.”

The Netherlands is also required under a 2019 law to cut greenhouse gas emissions by 2050 to levels that are 95 percent lower than they were in 1990. Other plans include generating more electricity from wind turbines and solar panels — by 70 percent in 2030, and completely by 2050, according to the government.

In June, the government released a color-coded map of the country that laid out which areas of the country would need to cut the highest percentage of emissions, depending on their proximity to nature reserves. The percentages range from 12 percent to 95 percent.

Protesting farmers blocked a distribution center for a supermarket chain with tractors and trucks in Drachten in July.Credit…Peter Dejong/Associated Press

“The impact of that was gigantic,” said Wytse Sonnema, a spokesman for LTO. That map was not just about individual farmers, he added, but about “the social future of the countryside.”

The realization of the cuts will be carried out by provincial councils in cooperation with farmers. The deadline to complete the plans is July 1, 2023.

Christianne van der Wal, the minister of nature and nitrogen, has made clear that the government’s goals are fixed. She emphasized that the Netherlands needs to adhere to E.U. agreements, one of which includes the protection of nature in member states. “Structurally, we haven’t been keeping to those agreements for about 20 or 30 years,” she said in July.

Wilhelm Doeleman, a spokesman for Ms. van der Wal, said that details on how to cut emissions for other industries would be released in January. But, he said, “agriculture has the biggest share of the responsibility of nitrogen emissions.”

The Dutch government has long supported and stimulated agriculture with subsidies and other incentives in an effort to secure the country’s food supply and promote the export of agricultural products.

“You’re just no longer allowed to exist,” said Mr. Apeldoorn, whose farm in Utrecht has about 120 cows producing milk to make cheese.Credit…Ilvy Njiokiktjien for The New York Times

While many Dutch support the aims of for a greener Netherlands, some right-wing groups have expressed support for the Dutch farmers as a way of opposing climate activism. The right-wing Forum for Democracy has declared that “there is no climate crisis” and opposes the government’s plans.

And the Dutch farmers have also receive some support from abroad.

“Farmers in the Netherlands — of all places — are courageously opposing the climate tyranny of the Dutch government, can you believe it?” former President Donald J. Trump said at a rally in July.

For now, a government-appointed mediator is engaged in negotiations between the farmers and the government. The mediator has said there is a “crisis of confidence” between the two sides.

“We’re not going without a fight,” said Mr. Apeldoorn, the dairy farmer. “That’s how most farmers feel right now.” 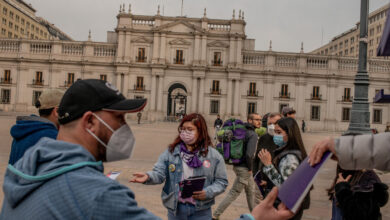 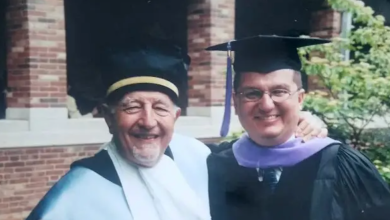 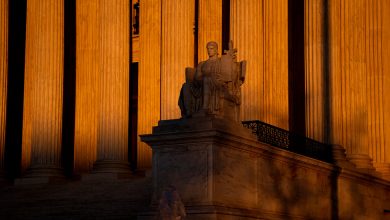 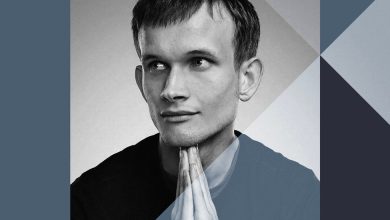 Ethereum’s Founder on What Crypto Can — and Can’t — Do