When the body arrived, weeks after the laborer’s death in a faraway country, it was almost 9 p.m. and the village was dark.

Because so much time had passed, and no one could be sure of the remains’ condition, the family did not risk a stop at home. So the truck, trailed quietly by a crowd of villagers, drove to the banks of a dried-out river, where men were building a pyre.

There, under the soft light of the moon above, villagers opened the coffin of the laborer, Rakesh Kumar Yadav, with pliers and axes. “Show us his face,” a man shouted. Once it was revealed, the laborer’s widow, Renu Devi Yadav, struggled to pull her children away, kissing her son on his wet cheek. The flames stood ready in the distance.

In the small Himalayan nation of Nepal, hundreds of thousands go abroad every year in the hope of building a future out of the country’s deep poverty, an outflow so strong that overseas remittances make up more than a quarter of the Nepali economy.

And each year, hundreds of these migrants die — unraveling, in an instant, delicate dreams thousands of miles away. Mr. Yadav, 40, died while employed as a security guard in Dubai. Others work as laborers or drivers in places like Saudi Arabia and Malaysia. In Qatar, which is hosting the World Cup, migrants from Nepal and other countries, mostly in Asia, were the backbone of a yearslong construction blitz for the world’s biggest soccer event.

In life, men like these face layers of inequality and vulnerability. It stalks them on the final journey home, too. Struggling countries like Nepal have little leverage to expedite the return of bodies lingering in the morgues of rich nations. Bereaved families find themselves at the mercy of middlemen, government clerks and even a harsh mountainous terrain. 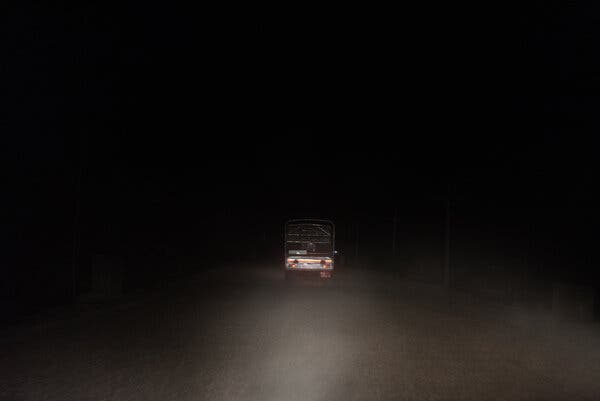 Five weeks after Mr. Yadav died, his body was flown to Kathmandu, the Nepali capital. The coffin then was placed in a truck for an eight-hour ride back to his village.

From left, members of Mr. Yadav’s family at his funeral: his wife, Renu Devi Yadav; his daughter, Anisha; and a son, Ram Bishwas.

The simple wish of a dignified cremation — a swift completion of the rites soon after death is central to salvation in the Hindu faith — becomes a tribulation.

Mr. Yadav, whose coffin was delivered this spring to his village in southern Nepal, died three months after arriving in Dubai, and before sending any money home.

When his wife asked a recruitment agent what had happened in Dubai, the agent gave a simple answer: Her husband “couldn’t wake up after sleep.” The death certificate from the United Arab Emirates attributed his demise to “heart and breath failure.”

Mr. Yadav had turned to a series of jobs abroad, borrowing thousands of dollars to pay recruiters each time his employment contracts expired, because of the extremely limited opportunities at home. His village’s fertile land has been shrinking with every flood; the only nonfarming job he could find — as a substitute teacher — was not enough to make ends meet.

The Yadav family, in seeking a better life, lived separated across three places.

Ms. Yadav planning the funeral. She was the family’s anchor at home, as her husband worked abroad and children studied in another town.
Ram Bikash, another of Mr. Yadav’s sons, with a picture of his father in his hotel guard uniform.

As Mr. Yadav toiled overseas, his three teenage children lived in a rented room in the town nearest to the village, where they attended private school. His wife remained the family’s anchor at home: She looked after her aging in-laws, negotiated for patience when the village creditors came knocking, and stayed within budget by packing vegetables, lentils and rice for the children when they came home on weekends.

Their three little worlds were lonely, connected by occasional video calls late at night and by the belief that this was a path to stabilityif the children graduated and became doctors or engineers.

In the glittering city of Dubai, Mr. Yadav worked as a guard at a hotel. He sent his family a picture in his new uniform: his heels together as if at military attention, the Fanta bottle he used for drinking water visible in the corner of the frame.

On the late-night family calls, he complained that he wasn’t getting enough shifts to help chip away at the mounting debt at home.

The last time his son Ram Bikash spoke to Mr. Yadav was close to midnight on March 9, when his brother and sister were already asleep in the shared room. The video call lasted about 15 minutes.

“‘Good night’ he told me before ending the call,” Ram Bikash said. “He was smiling.”

When Mr. Yadav died the next day, the ramifications were immediate. What would happen to the children’s education, to their future? Who would pay the tens of thousands of dollars of debt, with interest piling on every month?

But before any of that could be reckoned with, the family had to get the body back home for the final rites.

During the pandemic, with flights restricted, families felt lucky even when it took months to receive the body of their loved one. Hundreds of others had to contend with the fact that the cremation would take place abroad. Most didn’t even receive the ashes.

A class in Kathmandu for Nepalis who will work overseas. During the past decade, Nepal, a country of 29 million, has given permits to more than four million laborers to work abroad.
Learning carpentry in Kathmandu. Overseas remittances make up more than a quarter of the Nepali economy.

Over a dozen insurance agencies provide migrant-worker packages covering death and injuries. In the case of injury, different amounts are paid based on whether a worker loses a toe, a finger, or a hand or a leg. In the case of death, the insurance covers transport costs of up to $800, and the family gets a payment of about $10,000.

During the past decade alone, Nepal, a country of 29 million, has given permits to more than four million laborers to work abroad — and that does not include millions of others who work across the open border with neighboring India.

The Nepali government has helped bring back about 3,500 bodies over the past five years. Heart-related issues were cited most often as the cause of death, followed by other illnesses, traffic and workplace accidents, and suicide.

When Mr. Yadav’s body finally arrived in Kathmandu, the Nepali capital, on April 13 — five weeks after his death — the coffin was wheeled out on a stretcher from a side gate of the airport terminal, close to an entrance dedicated to migrant laborers.

The coffin was then lifted to the back of the truck, and the driver, Purna Bhadur Lama, tied it to the truck bed’s left wall with a rope. He set off on the eight-hour drive, winding and unwinding through lush hills, to the family’s village.

The death certificate from the United Arab Emirates attributed Mr. Yadav’s demise to “heart and breath failure.”
Relatives of Mr. Yadav as they planned for his funeral. The simple wish of a dignified cremation, central to salvation in the Hindu faith, becomes a tribulation when Nepalis die abroad.

Mr. Lama had his own migrant story: His last stint started in 2006 in Qatar, where he lasted only a year and a half.

Over his seven years delivering coffins, he said, he has transported about 1,500 bodies. He gets about $15 per delivery. Depending on how many bodies arrive, some months he makes about $230, others $270. It’s a lonely job, often with just the dead body in the back. Once, during the peak of the pandemic, he drove 500 miles with only a jar of ashes.

After Mr. Lama reached the village with Mr. Yadav’s body, Ms. Yadav wept as she held tight to her wailing younger son and daughter.

Once the coffin was opened on the riverbank and Mr. Yadav’s face was revealed, many of the villagers covered their noses. One woman moved in to plant a kiss.

Eventually, the women and children began to leave, their wailing fading into the village. The men crouched by the pyre, tossing into the flames any wood they could find, including the coffin’s lid.

Slowly, the riverbank took on an eerie feel — the sounds of crickets and the soft chatter of men who waited for Mr. Yadav’s fire to burn out, its flame and crackle just a dot in the vast darkness.

The funeral pyre as Mr. Yadav was cremated.
The cremation was held on the banks of a dried-out river.

Mr. Lama, the truck driver, turned around and set off on the long drive back to Kathmandu. By 9 the next morning, he had to be at the airport again: another body was arriving.

In the months since, the Yadav family’s dreams have been evaporating.

Much of the roughly $10,000 they received from insurance went toward covering the costs of the funeral and the cremation, and feeding the guests. Village creditors continue to knock on Ms. Yadav’s door for the $20,000 the family owes.

She has been unable to pay six months of school fees for her sons, who fear they will not be permitted to take their final exams if they don’t settle the balance.

As is often the case, the first casualty was the daughter, Anisha. Ms. Yadav pulled her out of eighth grade at the private school. She returned to the village to be with her mother and attend the public school.

“I had dreamed of becoming a doctor. That was papa’s dream, too,” Anisha said. “Now, I don’t think my mom will be able to arrange money for medical studies.”

Ram Bikash, Mr. Yadav’s oldest son, after he gathered his father’s ashes. Ram Bikash had spoken with his father shortly before his death. “‘Good night’ he told me before ending the call,” Ram Bikash said. “He was smiling.”
Tags
Had Village Was With Work 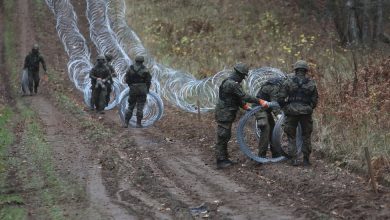 ‘This Is Not Ukraine’s Fault’: Tensions Ease Over Missile Strike in Poland 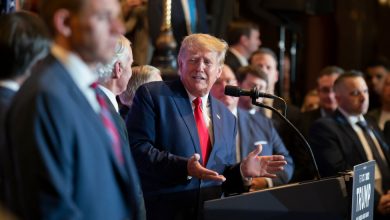 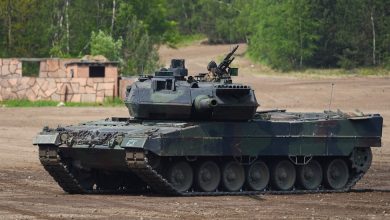 A decision on sending tanks to Ukraine will come soon, the German defense minister says. 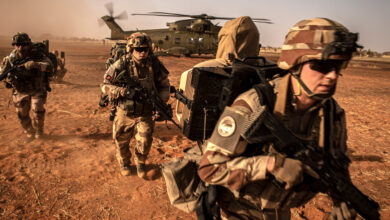