When so many voters — a majority, in fact — say that they prefer consensus to conflict, why does polarization continue to intensify?

In a paper that came out in June, “Explanations for Inequality and Partisan Polarization in the U.S., 1980 — 2020,” Elizabeth Suhay and Mark Tenenbaum, political scientists at American University, and Austin Bartola, of Quadrant Strategies, provide insight into why so much discord permeates American politics:

The concept of belief polarization has been defined in a number of ways.

In their May 2021 paper, “Belief polarization in a complex world,” Alan Jern, Kai-min Kevin Chang and Charles Kemp — of the Rose-Hulman Institute of Technology, Carnegie Mellon and the University of Melbourne — write: “Belief polarization occurs when two people with opposing prior beliefs both strengthen their beliefs after observing the same data.”

There is, they continue, “ample evidence that people sustain different beliefs even when faced with the same information, and they interpret that information differently.” They also note that “stark differences in beliefs can arise and endure due to human limitations in interpreting complex information.”

Kristoffer Nimark, an economist at Cornell, and Savitar Sundaresan, of Imperial College London, describe belief polarization this way: “The beliefs of ex ante identical agents over time can cluster in two distinct groups at opposite ends of the belief space.”

Scott F. Aikin and Robert B. Talisse, professors of philosophy at Vanderbilt, argue in their 2019 paper — “How Does Belief Polarization Work” — that

Perhaps the most salient recent illustration of belief polarization is the diametrically opposed view of Trump loyalists and of their Democratic adversaries over the legitimacy of the 2020 election: Trump supporters are convinced it was stolen; Democrats and independents are certain that Joe Biden is the legitimate president.

Similarly, politicians on the right — and Fox News — are treating the F.B.I. raid on Trump’s Mar-a-Lago on Monday as a corrupt politicization of federal investigative authority while liberals — and CNN — counter that the raid demonstrates that no one, no matter how powerful, is above the law.

Suhay and her colleagues expand the scope of belief polarization to look at the differences between Republicans and Democrats over the causes of inequality:

These patterns, Suhay and her collaborators continue,

Suhay, Tenenbaum and Bartola cite data from American National Election Studies and the Pew Research Center to track the increasing polarization between Republicans and Democrats on various questions, which require respondents to agree or disagree with statements like these: “one of the big problems in this country is that we don’t give everyone an equal chance”; “most people who want to get ahead can make it if they’re willing to work hard”; and “poor people today have it easy because they can get government benefits without doing anything in return.”

In an email, Suhay noted that

But, Suhay wrote by email, many of those same scholars “are missing growing extremity on the political left. It may be more benign or even beneficial in some cases, but it is still a phenomenon worth study.” In addition to “a surge of claims on the left that the economy is extremely unequal and that this is because our country does not provide equal opportunity to all of its inhabitants,” there has been a parallel surge among liberals on the issue of “racial justice — in both the economic and criminal justice arena.”

A third development on the left, Suhay added, and one

There is further evidence that even people who are knowledgeable about complex issues are sharply polarized along partisan lines.

Nathan Lee at the Rochester Institute of Technology, Brendan Nyhanat Dartmouth, Jason Reifler at the University of Exeter and D.J. Flynn at IE University in Madrid, argue in their paper “More Accurate, but No Less Polarized: Comparing the Factual Beliefs of Government Officials and the Public” that while “political elites are consistently more accurately informed than the public,” the “increase in accuracy does not translate into reduced factual belief polarization. These findings demonstrate that a more informed political elite does not necessarily mitigate partisan factual disagreement in policymaking.”

Lee, Nyhan, Reifler and Flynn assessed the views of elites through a survey in 2017 of 743 “elected policymakers, legislative staffers, and top administrative positions in local and state government in the United States.” Three quarters of the sample held elective office. The survey tested belief accuracy by partisanship and elite status on eight issues including health care, the share of taxes paid by the top 1 percent, climate change and voter fraud.

Their conclusions run counter to assumptions that elites are less polarized than the general public because “they tend to be more knowledgeable, which is associated with greater belief accuracy” and because they “possess domain expertise in politics and public policy that could reduce the influence of cognitive biases.”

In fact, Lee and colleagues counter, “belief polarization can be unchanged or widen when belief accuracy increases.”

I asked Nyhan about the consequences of the findings and he wrote back by email:

One theme that emerges repeatedly in looking at belief polarization is the role race plays as a central factor:

Peter K. Enns and Ashley Jardina, political scientists at Cornell and Duke, make the case in their October 2021 paper, “Complicating the role of White racial attitudes and anti-immigrant sentiment in the 2016 U.S. presidential election” that

Enns and Jardina write that, in contrast to this view, over the course of the 2016 presidential campaign “many whites shifted their survey responses on questions related to race and immigration to align with their support for Trump or Clinton.”

To test their argument, the authors used “a unique panel data set from surveys conducted by YouGov of more than 5,000 respondents interviewed at multiple points during the 2016 presidential election campaign.” From that study, they found that

They found, for example, that from January 2016 to August 2016, the percentage of Trump supporters voicing strong opposition to Black Lives Matter grew by roughly 15 percentage points.

In an email, Enns contended that

The strong association between Trump support and whites’ views on racial issues, Enns and Jardina argue in their paper,

Andrew M. Engelhardt, a professor of political science at the University of North Carolina—Greensboro, developed a similar line of analysis in his January 2020 paper, “Racial Attitudes Through a Partisan Lens.”

In an email, Engelhardt wrote:

In his paper, Engelhardt wrote that undergirding past studies of the role of race in politics and policymaking

The ever-growing divide between left and right extends well beyond racial issues and attitudes. In his email, Engelhardt wrote that his results are “suggestive of partisanship motivating changes in other orientations which we might presumably see as more stable and core to individuals.” He cited research showing that “partisanship influences religiosity and religious affiliation” and other studies linking “political concerns to changes in racial self-identification.” Engelhardt added that he has “some unpublished results where I find partisanship leads Democrats to hold more positive views of gay men and lesbians, transgender individuals, and feminists, over time, with Republicans holding more negative views of these groups in the same period (data range 2016-2020).”

In their January 2022 paper, “The Origins and Consequences of Racialized Schemas about U.S. Parties,” Kirill Zhirkov and Nicholas Valentino, political scientists at the Universities of Virginia and Michigan, make an interesting argument, that, in effect, “Two parallel processes structure American politics in the current moment: partisan polarization and the increasing linkage between racial attitudes and issue preferences of all sorts.”

This “imagined racial coalition of each party,” in the view of Zhirkov and Valentino,

There are, Zhirkov and Valentino note, long-range implications for the future of democracy here:

I asked the authors how they would characterize the importance of race in contemporary American politics. In a jointly written email, they replied that in research to be published in the future, “we show that race is at least as strong, and often stronger, than cleavages such as religion, ideology, and class.”

The pessimistic outlook for the prospect of a return to less divisive politics revealed in many of the papers cited here, and the key role of racial conflict in driving polarization, suggest that the ability of the United States to come to terms with its increasingly multiracial, multiethnic population remains in question. This country has been a full-fledged democracy for less than 60 years — since passage of the 1965 Voting Rights Act and the changes wrought by three additional revolutions: in civil rights, women’s rights and gay rights. These developments — or upheavals — and especially the reaction to them have tested the viability of our democracy and suggest, at the very least, an uphill climb ahead. 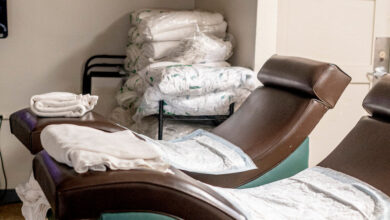 ‘I’m Carrying This Baby Just to Bury It’: The Struggle to Decode Abortion Laws 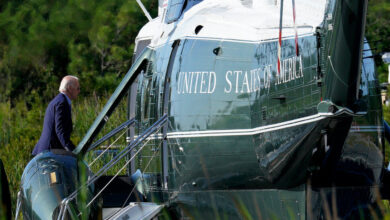 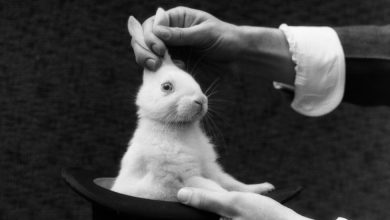 That Feeling When the Magic Stops Working