DUBLIN, Ga. — On the day that a leaked draft opinion suggested the Supreme Court was poised to overturn Roe v. Wade, Stacey Abrams addressed the abortion rights group Emily’s List and preached about abortion rights with “the zeal of the converted.”

Early in her professional career, she opposed abortion rights, she volunteered, adding that as a teenager she had criticized a friend who considered having an abortion.

“I was wrong,” she said. “But I’ve worked hard to make myself right.”

Ms. Abrams is among scores of Democrats pushing their defense of abortion rights to the center of their midterm campaigns, hoping anger over the Supreme Court decision overturning Roe v. Wade will energize the Democratic base and push fence-sitting moderates into her corner. But she is the rare Democrat eager to acknowledge that she didn’t always support abortion rights.

The daughter of Methodist ministers living in the Deep South, Ms. Abrams grew up believing abortion was morally wrong. Conversations with other women, a friend’s deliberations over having an abortion and her own political ambitions led her to rethink her stance, she says.

Ms. Abrams’ personal approach to talking about abortion is new for the longtime Georgia politician. She did not emphasize her shift when she first ran for governor in 2018. But today, Ms. Abrams says she uses the story to connect with voters who may personally oppose abortion but, perhaps for the first time, are confronting the reality of new government restrictions. In Georgia, most abortions are now banned after six weeks of pregnancy, based on a law signed by Ms. Abrams’ Republican rival, Gov. Brian Kemp.

Talking about her own story is “giving them permission to say that choice should exist,” Ms. Abrams said in an interview.

“I want people to understand that I know where they’re coming from,” Ms. Abrams said. “But it also creates the opportunity for people to tell you where they stand, as well.”

Ms. Abrams’ strategy is something of a throwback. For decades, Democrats treaded carefully when talking about abortion, often assuming voters were disapproving and uncomfortable with the procedure, even if they supported the rights protected by Roe v. Wade. For years, Democratic leaders, starting with Bill Clinton in 1992, declared that their goal was to make abortion “safe, legal and rare,” in an attempt to unite voters with a broad range of views on the issue.

For some Democrats, the phrase became emblematic of the party’s willingness to cede ground to abortion rights opponents and attach shame to the procedures. And in the wake of the court’s decision this summer, some are again criticizing the party for using messaging that lets abortion foes frame the debate.

“I don’t think that Democrats as a whole — as a party — have talked enough about this issue,” said Renitta Shannon, a Georgia state representative, who did not specifically criticize Ms. Abrams. “All this time, we’ve been relying on the opinion of the court to hold intact people’s reproductive freedom, and that is not a good strategy.”

Ms. Abrams has clear reasons for trying to use the issue to cast as wide a net as possible. After voters in conservative Kansas overwhelmingly voted to guard abortion protections, Democrats across the country are hoping the issue shifts momentum in their direction during a year when other political forces — ongoing economic anxiety and President Joe Biden’s weak approval ratings — are working against them.

Ms. Abrams’ messaging on abortion is aimed, in part, at connecting with rural Black voters, who vote reliably Democratic and often share her religious upbringing. Ms. Abrams is also working to win over Asian American and Latino voters in the Atlanta suburbs and moderate or conservative-leaning white voters across the state. All are groups more likely to have reservations about abortion, but also open to a discussion about rights.

“I’ve been with rural Black communities in a couple of spaces, and I think most would hesitate to raise the decision as a conversation. And I do,” Ms. Abrams said, adding that her pitch to some leaders is to focus on “the life and health of women, especially Black women, and I get very little pushback. I think part of it is contextualizing it for the community.”

A large part of that context, as she tells it to voters, takes place at Spelman College, the historically Black women’s college in Atlanta where as a student in the late 1990s Ms. Abrams talked openly about her views with her peers. She was liberal on issues like women’s representation in the media or police accountability, as she was a sophomore when footage of police brutalizing Rodney King was released. But not when it came to abortion, according to people who spent time with her in student leadership and social circles.

Unlike some students who were combative on the topic, Ms. Abrams was eager to have measured conversations about it, said Donyelle McCray, a friend who supported abortion rights and interned at Planned Parenthood while studying at Spelman.

“We were talking about how complex this was, how hard it was to draw a sort of clean line that would be fair, and how important it was to accept that there are lots of different reasons why women seek abortions,” said Ms. McCray, who is now an associate professor at Yale Divinity School. “I remember her acknowledging that it was more complicated than it seemed.”

Stacey Abrams, center, met with women who had suffered miscarriages at a campaign event in Decatur, Ga., this month.Credit…Erik S Lesser/EPA, via Shutterstock

Ms. Abrams now describes this discussion as “really intense” and integral to her thinking about abortion — although it did not change her mind.

“That was the first time I had given really careful consideration to what, for me, had been a reflexive belief as opposed to an intentional belief,” she said, saying that abortion was not yet something she had fully “thought through and decided.”

She recalled her regret for once criticizing a friend who was considering having an abortion as a teenager. She was, Ms. Abrams said in her speech to Emily’s List, facing “the very real challenges of incest and pregnancy, poverty and destitution.”

Still, Ms. Abrams considered herself opposed to abortion rights after college and as she went through law school. She only shifted her views, she said, when she began to think about running for office. At 30, as a deputy city attorney, she interviewed for a position on the board of directors for the Georgia WIN List, a political action committee that backs women candidates who support abortion access. When she applied, Ms. Abrams disclosed that she was unsure of what her views of abortion were, she said. She had reservations about calling herself “pro-choice,” she said.

“She was the more thoughtful, introverted side of herself at that time period,” Ms. Abrams said.

Ms. Easters and the organization’s co-founder, Mary Long, introduced Ms. Abrams to several women affiliated with the organization in an effort to connect her with abortion rights supporters in Georgia politics. Ms. Abrams said she wrote an essay to help herself reason through it: While abortion might not be a procedure she wanted for herself, she decided, it was one she was willing to fight to protect access to.

“It was when I got ready to stand for office that I had to really make myself confront what I meant by that,” Ms. Abrams said. “And what I meant was that I was no longer in the anti-abortion camp.”

Ms. Abrams won her seat in the Georgia House in 2006 as an abortion rights supporter. In 2011, as the Democratic minority leader in the House, she rallied all the chamber’s Democrats to kill a Republican-proposed bill that would have attempted to ban abortions in the state in nearly all circumstances.

Today, Ms. Abrams talks about the issue as a fight to “to control our bodies,” and often notes that abortion restrictions have a disproportionate impact on Black women. In Georgia, Black women make up 65 percent of people who get abortions despite being one-third of the population.

Earlier this summer, when Ms. Abrams talked to a crowd of supporters, most of them Black, in the rural town of Dublin, Ga., she evoked the biblical imagery and language she was surrounded by as a child. 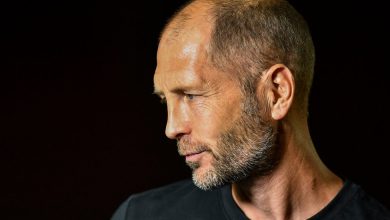 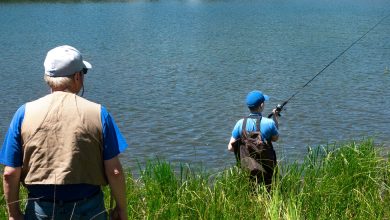 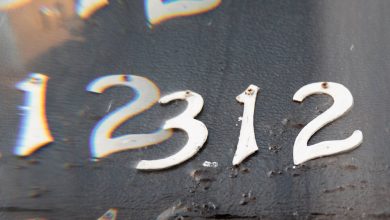 The Mystery Behind the Crime Wave at 312 Riverside Drive 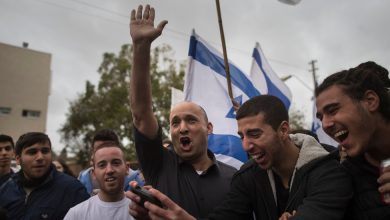 A Good-Will Government Was Possible in Israel