J.J. Watt, the Arizona Cardinals defensive end who has been one of the most dominant players at his position for much of the past decade, winning three N.F.L. Defensive Player of the Year
Awards and almost certainly securing a future spot in the Pro Football Hall of Fame, indicated on Tuesday that this season would be his last in the league.

Watt posted pictures on Twitter that showed him; his wife, Kealia; and their infant son, Koa, on the field at the Cardinals’ stadium and wrote: “Koa’s first ever NFL game. My last ever NFL home game. My heart is filled with nothing but love and gratitude. It’s been an absolute honor and a pleasure.” The Cardinals’ final two games of the regular season will be on the road, and, at 4-11, they have been eliminated from playoff contention.

Watt, 33, was drafted No. 11 overall by the Houston Texans in the 2011 draft. At 6-foot-5 and nearly 300 pounds, Watt quickly became one of the N.F.L.’s most disruptive defensive players, compiling four seasons with at least 15 sacks.

He was one of only three defensive players unanimously selected to the N.F.L.’s all-decade team for the 2010s, along with Von Miller, then of the Denver Broncos, and Aaron Donald of the Los Angeles Rams.

In the 2014 season, Watt secured 20.5 sacks, returned an interception and a fumble for touchdowns and caught three touchdown passes as a tight end. Watt finished second to Aaron Rodgers for the Most Valuable Player Award, which is administered by The Associated Press; he had the most votes for a defensive player since Giants linebacker Lawrence Taylor won the award in 1986.

Watt was also known for his community efforts, most notably when he raised over $41 million through his charity to help victims of Hurricane Harvey in Texas in 2017. He won the N.F.L.’s Walter Payton Man of the Year Award in 2017, which recognizes philanthropy and community impact as well as excellence on the field.

“His commitment to the community is unlike any player in N.F.L. history,” Texans owner Janice McNair said in a statement in 2021.

Watt’s dominance on the field and his charitable work helped him become one of the league’s most popular athletes. He hosted “Saturday Night Live” in 2020.

Watt’s gaudy individual statics never translated into championship success for the Texans, who never made it past the divisional round of the playoffs during Watt’s tenure with the team. And after another dominant season in 2015, injuries began to take their toll on Watt. He played in every regular season game in only two of his final five seasons in Houston, and played a total of only eight games in 2016 and 2017.

After a 4-12 season in 2020, Watt was released by the Texans; he had asked to leave the team in search of a championship as his play declined and the Texans began to rebuild.

“I don’t think it’s any secret that I don’t have 10 years left in this league,” Watt told reporters during his final season in Houston. “I’m not looking to rebuild. I’m looking to go after a championship, and that’s what I want to do.”

The Cardinals began the 2021 season with seven straight wins. But Watt suffered a shoulder injury in the seventh game that sidelined him for the remainder of the regular season. After a 10-2 start, the Cardinals spiraled at the season’s end, finishing 11-6. Watt returned for the team’s wild-card game, but the Cardinals were steamrollered by the Rams, the eventual Super Bowl champions.

In September, Watt had his heart shocked back into rhythm after experiencing atrial fibrillation, a heart-rhythm abnormality. Watt played days later in the Cardinals’ win over the Carolina Panthers, but it was a moment that Watt said made him think about not playing football anymore as he fought through tears in the postgame news conference.

Watt is having his best season since 2018, leading the Cardinals with 9.5 sacks, including a three-sack performance against the Broncos this month. 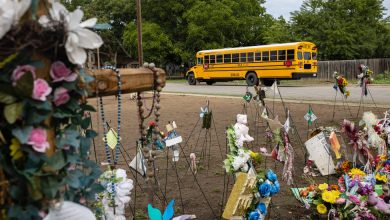 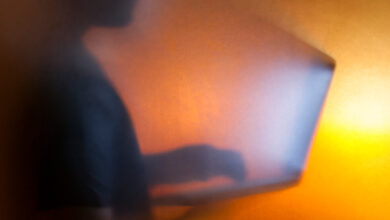 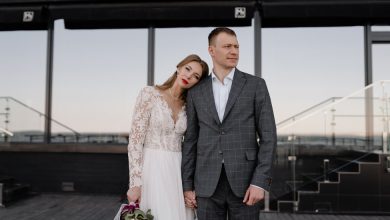 The Glow of a Wedding Amid Bombs and Blackouts 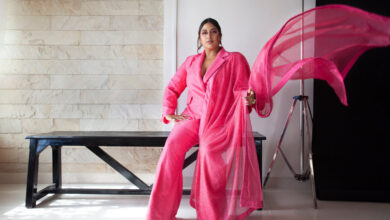