Few dining occasions feel as high stakes as your birthday party. What if nobody comes? Is everyone happy with the venue? Are the vibes correct? Are we having fun yet?

After working through the above concerns with my therapist, I celebrated my July birthday at a charming wine bar in Brooklyn. The place offered a full rental of the rooftop for a minimum bar spend, which turns out to be worth it only if you invite everybody you’ve ever met (and their fiancés, and their cousins).

Below, I hope you’ll find the birthday plan of your dreams, whether you’re aiming for a casual afternoon get-together or an all-out fete. 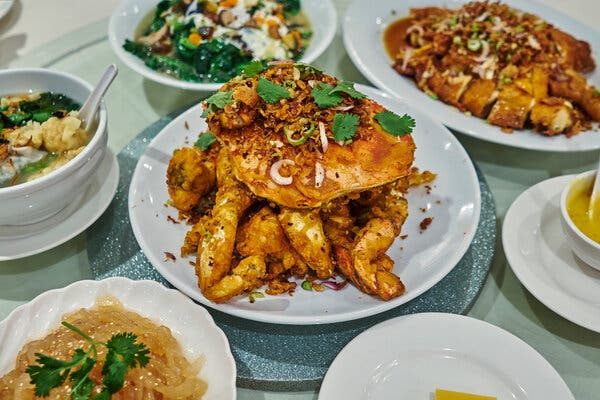 Nothing screams “festivities” quite like a Dungeness crab on a lazy susan (especially this one at Wu’s Wonton King).Credit…An Rong Xu for The New York Times

Wu’s Wonton King in Manhattan’s Chinatown is a classic New York birthday venue. The place is built for partying, and every group that has reserved a lazy susan-topped table appears to be celebrating something, often with wine or beer they’ve B.Y.O.B.’d. After all, what’s better than sharing a giant fried Dungeness crab and a banquet-size platter of fried rice with eight to 12 of your best friends?

For a drop-by-whenever bar, try Evil Twin Brewing in Ridgewood, Queens. Post up in the greenhouse taproom to grab a “cheesecake-style sour” or a smoked pilsner, then settle into their outdoor patio picnic tables under string lights. Parked outside Thursday through Monday is Claudia’s, a Guatemalan street food truck serving spicy tamarind chicken wings, ceviche, yuca fries with chile aioli, and beer-marinated fish tacos. Stick a birthday candle in the churros.

And you know what everyone loves? A no-reservation-needed park hang with picnic blankets. I’ve always found the sculpture garden on Elizabeth Street in Manhattan to be a top-tier spot. If you want to treat the group, pick up dumplings and noodles at Nom Wah NoLIta nearby.

After 10 p.m., Chino Grande turns from a candlelit restaurant to a karaoke party under a spinning disco ball.Credit…Solomon Laker

For a Big Night Out

If you want dinner to feel like a party, head toChino Grande in Williamsburg, Brooklyn. Feast on fried chicken, Little Gem salad and lobster au poivre (!) until karaoke starts at 10 p.m. The space, which takes reservations for groups of up to seven, is lined with cushy green booths and, because it opened in 2022, has a disco ball. Sip on a cocktail of tequila, celery and absinthe while you queue up a song on their slick QR-code request system. If you saw me shrieking out a Carly Simon song here last weekend, no you didn’t.

An underrated late-night option is Studio 151 in Alphabet City. Reserve the couches in a lounge area, order nigiri from the former sushi chef at Jewel Bako and sip Japanese whisky until the restaurant becomes a vinyl-spinning party at 11:30 p.m. The cover charge is waived if you’re heading downstairs for live music at Nublu, a longtime favorite club. (Expect lots of jazz on the weekends, along with African, South American, Caribbean and electronic music.)

For a truly spendy night, try HaSalon in Hell’s Kitchen, which turns into a nightclub during the second seating. The ideal time to reserve a table is 9 p.m., just in time to do a conga line to Israeli pop music on a full stomach of lamb shank and mezze. I’m hesitant to tell you much more and spoil the surprises, so I’ll leave you with this: If you’re willing to shell out for the $120 food minimum (per person), it’s a one-of-a-kind experience.

How’d I do? Message me on Instagram with your hyperspecific group dining requests — this is my favorite game. And in case you need to hear it again: People will show up, they will have fun, and, above all, you’ll step into your next year well fed. 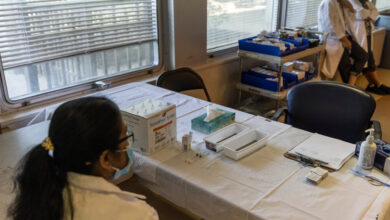 New York May Face ‘Tip of the Iceberg’ With Polio, Health Chief Says 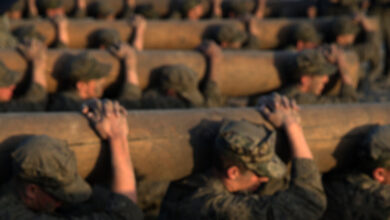 Death in Navy SEAL Training Exposes a Culture of Brutality, Cheating and Drugs 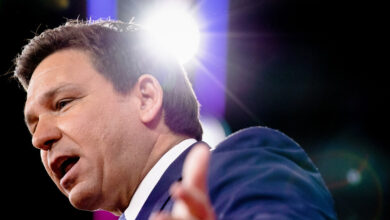 Ron DeSantis Is a Test Case 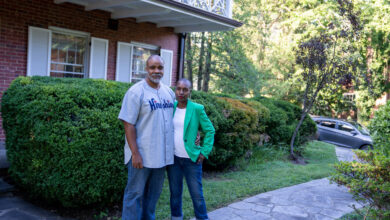 A Professor Who Studies Housing Discrimination Says It Happened to Him