PARIS — So that’s the end of that. With the deaths of Jean-Luc Godard and Jean-Marie Straub this year, the curtain has come down on two of the most radical filmmakers of the 20th century. In their wake, a great era of European cinema has drawn to a close.

Their unclassifiable films interrogated the nature of image-making past and present, encompassing a whole sweep of historical, philosophical and musical references. While Mr. Godard remained famous, largely thanks to his early 1960s features that are among world cinema’s most recognized classics, Mr. Straub and his partner Danièle Huillet’s films were barely seen, though consistently championed by art house filmgoers. What these directors gave us, in their different but extreme works, were among the deepest reflections of what cinema was and can be.

They leave European cinema, buffeted by the pandemic, in a parlous state. Attendance numbers across the continent are in decline, the range of films is diminishing, and ticket prices are rising. Streaming platforms, which offer a model for movie watching that is cheaper, simpler and often more comfortable than a trip out to the movie theater, are generally held responsible for this state of affairs. While a reprise of a common argument that technological innovation — from the emergence of sound to television — would bring the demise of cinema, the charge has plenty of ammunition. The ubiquity of readily accessible movies and television series has undeniably dented the willingness of people to seek out more challenging films.

And yet, to judge from the array of films released this year, there’s nothing wrong with the quality of European filmmaking. Often I emerged from a movie theater surprised, moved, disturbed and encouraged. Cinema may be threatened by changing habits of consumption, underfunding for nonblockbuster fare, narrow aesthetic codes and limited exposure, but it continues — more than 100 years after the Lumière brothers pronounced the form’s imminent death — to thrum with life.

Much of that vitality emerges from the work of female directors. “One Fine Morning,” by the French director Mia Hansen-Løve, is certainly up there with her best, bringing together all the admirable qualities of her filmmaking — quiet emotional drama, subtle observation of human interaction and character evolution, stories rooted in cities and spaces — in a simple tale of one woman’s new relationship developing in parallel with her aging father’s mental decline.

Germany’s Angela Schanelec also added a fine, beguiling film to her already impressive filmography. “I Was at Home, But” tells the story, through a series of domestic scenes from a charming dance routine to negotiations over a defective bike, of a mother’s complicated response to her son’s return home after a weeklong absence. Originally released in 2019, the film — delayed by the pandemic, like many others — went on general release in French cinemas only in 2022.

The year also saw the continued flourishing of working-class films, or proletkino, a genre born in the Soviet Union of the 1920s. The proletariat was far more empowered than it is today in postindustrial Europe, yet in recent decades there has been an impressive and surprising resurgence of films in this genre across the continent. This new proletkino, as I’ve called it, had another bumper year.

The Dardenne brothers, Belgian filmmakers who have made a career out of social dramas set in an old steel town, produced one of their strongest — and bleakest — films to date, “Tori and Lokita,” about two child migrants from Benin landing in France and the new hell they enter when one of them cannot get the required papers. Pedro Costa, a Portuguese auteur, also returned to his long-running subject of Cape Verde migrants in the Lisbon slums with his painterly and poetic “Vitalina Varela.”

In France, Stéphane Brizé concluded his superb trilogy of films reflecting on the modern world of labor. In “Another World,” he focuses on the pressures felt by a middle manager, once close to his workers but now forced to deliver on increasingly impossible demands for greater efficiency and enforce massive layoffs. As a chronicle of the changing nature of work in the past few decades, there’s little better than Mr. Brizé’s trilogy.

It’s been a fine year for feature documentaries, too, including Jonàs Trueba’s ambitious “Who’s Stopping Us.” Across five years and in more than three hours, the film charts the lives of young people in Madrid as they transition from their teens to their 20s. It continues an intriguing lineage of recent works mixing documentary and fiction that has its roots in Michael Apted’s classic British TV series “Seven Up!,” which began in 1964, and includes Richard Linklater’s “Boyhood” (2014) and Sébastien Lifshitz’s “Adolescents” (2019). In their marriage of sociological interest with formal experimentation, films like Mr. Trueba’s offer an exciting new route for documentary cinema, exploring and expanding the possibilities of the form.

Perhaps no one better exemplifies that blending of reality and fiction than Alice Diop, the French documentarian whose first feature film, “Saint Omer,” is on the Oscar shortlist for best international film. The courthouse drama, based on the true story of an infanticide, deserves its recognition — and so does Ms. Diop, whose documentary “We,” released in cinemas earlier in the year, insightfully and sensitively brings to light the experience of second- and third-generation immigrants in suburban France.

Adieu, then, Mr. Godard and Mr. Straub. The world of cinema has lost two titans. Beyond the loss, there are major reasons for concern, especially about distribution — which relegates ever fewer films to limited runs in exclusive locations — and a lack of cinema education that ideally would start in school. Mr. Godard, in particular, was a wonderful guide here: His films are a lesson in the history of cinema. There is currently no pretender to his throne in the 21st century. But we still have time. For now, a few new ghosts have joined us in the auditorium.

Emilie Bickerton is a journalist at Agence France-Presse, a screenwriter and the author of “A Short History of Cahiers du Cinema.”

Tags
Film From That With Year 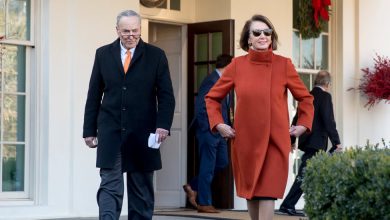 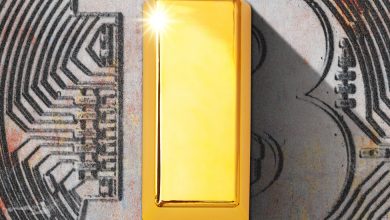 Wonking Out: Give Me That Gold Time Religion 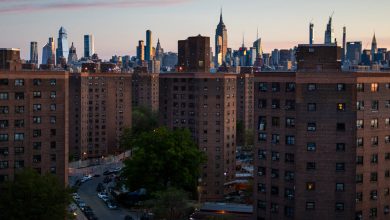 Is Homeownership Slipping Even Further Out of Reach for New Yorkers? 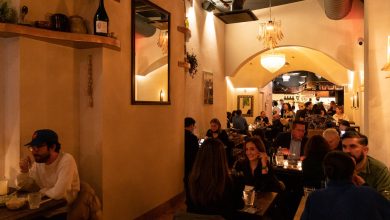 Foul Witch, From the Roberta’s Team, Opens in the East Village