PHILADELPHIA — On a sticky day in late June, Margarita Jeronimo and Aaron del Rosario assembled a feast on a picnic table outside Rosario’s, their restaurant on a quiet corner in South Philadelphia. The procession started with tamarind and hibiscus aguas frescas, followed by tortilla chips and hand-painted bowls filled with green and red salsas, and finally, pizza.

Rosario’s signature pies — built on leavened dough, but swapping tomato sauce for a base of black bean purée or tomatillo, guajillo pepper or mole sauces — feel like a tribute to the convergence of South Philadelphia’s deeply rooted Italian population and, since the 1990s, a thriving Mexican population.

These are what the owners call Mexican pizza, a phrase that for many Americans conjures up either the Taco Bell menu item (tostadas stacked and shellacked with meat, bean and cheese) or the taco pizza, a Midwestern novelty pie that deconstructs a hard-shell taco on a sturdy pizza crust. Rosario’s is part of a new generation of Latino-owned pizzerias in the United States that are creating a style of pizza all their own.

“The fact is Mexican chefs can cook every food because they’ve been doing it,” said Steven Alvarez, an associate professor of English at St. John’s University in New York City who teaches a taco literacy course on transnational Mexican foodways.

Ms. Jeronimo and Mr. Del Rosario, who grew up in Mexico City and Puebla, created their hybrid recipes to appeal to customers — and to stay in business. The couple opened a Mexican restaurant in 2011, selling tacos and quesadillas in a neighborhood that was then populated with older, non-Latino residents who had different expectations for what Mexican food should be.

Aaron del Rosario and his daughter, Gisselle, at Rosario’s. While the South Philadelphia pizzeria is best known for its Mexican pies, Gisselle prefers plain cheese pizza.Credit…Caroline Gutman for The New York Times

“We had people come in and ask for hard-shell tacos,” Mr. Del Rosario said.

“For people to try new stuff, it takes time,” Ms. Jeronimo said. “But everybody likes cheese pizza.” The couple added a traditional pizza, which drew customers.

But they also experimented with ingredients from the tacos and quesadillas, which led to their first three Mexican pizzas: al pastor, carnitas and the Mexicana, with tomatillo sauce, chorizo, roasted poblanos, corn and fresh avocado. Today, these three are among the most popular of the restaurant’s 14 Mexican-style pies and more than a dozen classic pizzas.

Both the Carnitas and Al Pastor pizzas at San Lucas Pizzeria are built on guajillo chile sauce and, just like tacos, are served with plenty of sliced limes.Credit…Caroline Gutman for The New York Times

Just a few blocks south, San Lucas Pizzeria has been selling Mexican pies — like their pizza carnitas with guajillo sauce, pork, mozzarella and cilantro — since a few months after opening in 2005. Valentin Palillero, who owns the shop with his wife, Eva Mendez, spent years working at and managing pizzerias before opening his restaurant, named for the town in Puebla where the couple grew up. Although he was doing brisk business selling cheese and pepperoni pies, he wanted a signature pizza, too.

“My parents wanted that unique selling point that would make them stick out, but also could still keep their community coming back and feeling identified,” said his daughter Jacquelyn Palillero, who worked in the restaurant as a teenager and is now a pastry chef at three Stephen Starr restaurants. Her father “wanted to keep the nostalgic feeling of a taco,” she said.

Eva Mendez, who owns San Lucas Pizzeria with her husband, Valentin Palillero, coats pizza dough with guajillo sauce made with the deep red chiles.Credit…Caroline Gutman for The New York Times
The couple started making their version of Mexican pizza soon after they opened the shop in 2005.Credit…Caroline Gutman for The New York Times

Free samples of the Mexican pizzas helped win a following. “Customers would call for a cheese or deluxe pizza, and he would send a slice of these pizzas,” Ms. Palillero said. “People would call back that same day and would rave about it.”

In February, Carlos Gomez’s Mr. Taco began selling Mexican pies, with housemade ingredients like salsa verde (a recipe he honed by watching YouTube videos), birria he stews in big pots, cooked beans and a pizza dough he makes using his own ratio of three different flours. It has to be thick enough, he said, to support weighty toppings like chicken in mole sauce or sliced steak and caramelized onions.

Mr. Gomez, who immigrated from the Mexican state of Hidalgo, worked for a Philadelphia pizzeria inspired by several cuisines, but opened Mr. Taco to highlight his heritage. “I want, in my own restaurant, to make it famous with Mexican food,” he said.

Mexican pizza’s reach can be found around the country. New York City is home to numerous restaurants offering both Italian and Mexican cuisine. “One of the best places to get tamales in Jackson Heights is a pizza place,” said Dr. Alvarez, the English professor, who lives in Queens. He said many of these Mexican Italian restaurants will build custom pizzas using ingredients from their taco menus.

On the West Coast, Asada Pizza opened in Sylmar, Calif., a Los Angeles suburb, in 2020, selling pizzas topped with ingredients like birria, or chicken, jalapeño and mole. And in Washington, D.C., the pandemic prompted the chef and restaurateur Alfredo Solis, along with his sister and co-owner Jessica Solis, to add Mexican pizza to their restaurant Anafre, which opened in late 2019 with a focus on seafood.

“It was hard selling fish,” Mr. Solis said, so he pivoted, offering brick-oven pizza, with ingredients like Oaxaca cheese (in place of mozzarella), roasted pork and pineapple, on top of a tomato sauce made with chile de árbol and chipotle. “Pretty much what I did is turn my tacos to pizza,” said Mr. Solis, who grew up in Mexico City.

Dr. Alvarez said that even with the relatively recent innovations, Mexican pizza can be traced to any pizza shop where a Mexican worked in the kitchen.

“Every pizzeria was a Mexican pizzeria by virtue of the folks who made the pizza,” he said. 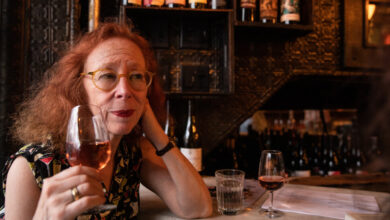 How a Wine Writer Spends Her Sundays 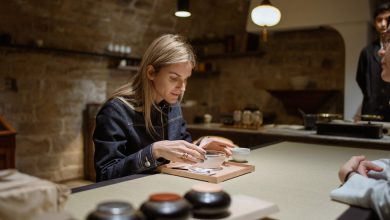 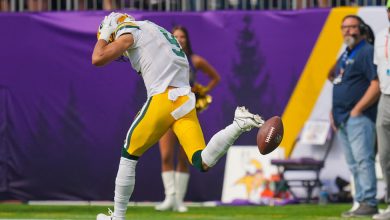 Shorting the Receiver Market, the Packers and Cowboys Bet Wrong 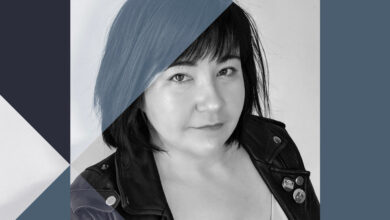