In 1984, when he was seeking a new contract for Randy White, the future Hall of Fame defensive tackle for the Dallas Cowboys, the agent Howard Slusher advised him to hold out — stay away from the team until he got what he wanted — a familiar tactic in Mr. Slusher’s arsenal.

But he also told Mr. White to go fishing and avoid the telephone.

“I knew he couldn’t stand up to the pressure of the negotiation,” Mr. Slusher was quoted as saying in a People magazine profile in 1985. “I knew Tex Schramm, the Dallas general manager, would call Randy, saying, ‘Son, Howard’s an outsider. Let’s settle this Cowboy to Cowboy.’”

After more than a month of fishing, Mr. White signed a deal worth more than $4 million over five years — more than double, on an average annual basis, what he would have received in the option year of his expiring contract — and joined the Cowboys’ training camp.

For more than 20 years, Mr. Slusher was an enemy of National Football League and National Basketball Association owners, who found his relentless, aggressive style difficult to abide. He was known as “Agent Orange,” for his tough tactics as well as his red hair.

“My preference, given our experience, is not to do business with him,” Art Modell, the longtime owner of the Cleveland Browns, told The New York Times in 1983.

Pat Bowlen, a former owner of the Denver Broncos, once handed out buttons that said, “Flush the Slush.” Two former N.F.L. general managers, George Young of the New York Giants and Phil Krueger of the Tampa Bay Buccaneers, called him a “terrorist.”

“To Howard that was a compliment,” Dan Fouts, the Hall of Fame former San Diego Chargers quarterback, said in a phone interview. “He was just matching terror with terror.” Mr. Fouts, a client of Mr. Slusher’s, held out for half of the 1977 season.

Mr. Slusher, who went on to a second career as a consultant for Nike, died on July 13 at a hospital in Portland, Ore. He was 85.

His death was confirmed by his son, John, an executive vice president of Nike, who did not cite a cause.

“Howard was first and foremost a negotiator,” Phil Knight, a founder and chairman emeritus of Nike, said in a statement. “He made it an art form and did it better than anyone.”

If the holdout was an element of his art, Mr. Slusher knew that only certain clients could weather a lengthy siege, financially and psychologically.

“We talk for a long period of time before we have a plan of action,” he told The Times in 1983. “They’ve got to honestly tell me what they want and honestly be willing to back it up.”

One of those players was Gus Williams, a star guard for the Seattle SuperSonics who sat out the 1980-81 season, then signed a five-year contract worth at least $3 million to return. Another, Joe Barry Carroll, a center for the Golden State Warriors, rejected the team’s offer of $800,000 and played in Italy in the 1984-85 season; Mr. Slusher then orchestrated a five-year deal, reported to be worth between $7.5 million and $9.5 million, which brought him back to Golden State.

Mr. Slusher employed a different tactic on behalf of the cornerback Mike Haynes. In 1983, he filed an antitrust suit against the N.F.L., arguing that Mr. Haynes was not being allowed to pursue his profession after the league blocked his trade from the New England Patriots to the Los Angeles Raiders, because it came after its trading deadline. An out-of-court settlement allowed Mr. Haynes to sign as a free agent with the Raiders.

At one point during a 93-day holdout by Mark Haynes, an All-Pro cornerback for the Giants, in 1985, Mr. Young, the general manager, said that he was going to sit and wait for Mr. Slusher to make a move.

“I have never in my life not negotiated,” Mr. Slusher told Mike Lupica of The Daily News. “I sit and negotiate. I don’t sit and wait.” He added: “I know what it looks like: ‘Howard Slusher, the holdout king.’ But I haven’t been able to elicit one word of discussion on Mark Haynes.”

Howard Sidney Slusher was born on June 11, 1937, in Jersey City, N.J., and grew up in the Williamsburg section of Brooklyn. His father, Sam, was a salesman; his mother, Dorothy, was a homemaker.

He taught the psychology of sport at the University of Maryland and then at the University of Southern California until 1972, when he received a law degree there. In his book “Man, Sport and Existence: A Critical Analysis,” published in 1967, he wrote that athletes have the ability to discover a reality beyond themselves.

“The pole-vaulter defies gravity, the sprinter explodes through resistance and the swimmer dares massive forces,” he wrote.

The prominent baseball agent Scott Boras, who read Mr. Slusher’s book when he was in law school, said in a phone interview that Mr. Slusher “learned law and loved the psychology of sport,” adding, “To do the best for your client, you have to understand the psychology of who you’re negotiating with so you can arrive at a fair solution.”

Mr. Slusher first encountered Mr. Knight, the Nike chairman emeritus, while negotiating a shoe endorsement contract in 1975 for Paul Westphal, then a guard with the Boston Celtics. After extracting an extra $5,000 from Mr. Knight after it seemed that the talks had ended with a three-year, $75,000 deal, Mr. Knight told an associate to hire “that son of a bitch,” according to the book “Just Do It: The Nike Spirit in the Corporate World” (1994), by Donald Katz.

In addition to making shoe endorsement deals for Nike — Mr. Boras recalled him being a “comedic whip” in their negotiations — Mr. Slusher applied his hardball tactics to managing and planning the construction of numerous buildings, including Nike’s world headquarters in Beaverton, Ore., and its many expansions, and the recent extensive renovation of Hayward Field, the track and field stadium on the campus of the University of Oregon, where Mr. Knight is a major benefactor.

Mr. Knight replaced another Nike executive with Mr. Slusher on the Hayward project.

“The great Slusher, right?” Mr. Knight told The Statesman Journal of Salem, Ore., in 2018, acknowledging that Mr. Slusher, a trusted adviser, was the best man for the job.

Nike paid Mr. Slusher $9.7 million in fees from 2014 to 2017, according to company financial statements.

Mr. Slusher’s marriage to Nancy Berger ended in divorce. In addition to his son and a daughter, Jennifer Henderson, from that marriage, he is survived by his wife, Rebecca (Helbling) Slusher; their daughter, Emily Slusher; his brother, Norman; and four grandchildren.

In 1978 — long before players made tens of millions of dollars a year — Mr. Slusher laid out the fundamental tension between players and teams.

“The owners like the kids but don’t respect them,” he told The Miami News. “The kids don’t like the owners, but they’re in awe of them. They wonder, ‘How did they get to where they could have so much power over my life?’ The kid resents him, but he still respects him. Besides, he’s worried he could get shuffled off to Buffalo.” 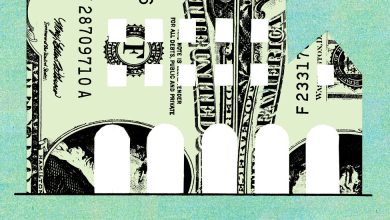 The Case for a Less-Effective Altruism 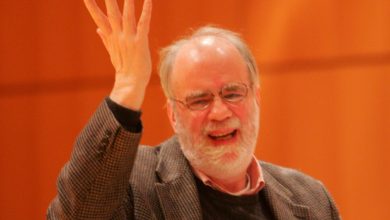 Saul Kripke, Philosopher Who Found Truths in Semantics, Dies at 81 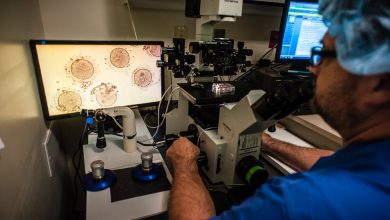 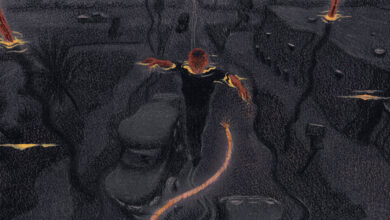