AL-RAYYAN, Qatar — There were crosses fizzed low toward Josh Sargent, trimming the turf as they went, and crosses arcing high in the air. Some came from deep, drifting and hanging, and some appeared in an instant, pummeling through a thicket of dangling legs and stretching bodies.

Almost all of the many and varied types of crosses delivered in Sargent’s vicinity had just one commonality: They left just as soon as they arrived. Some traveled the length of the penalty area, bouncing out of play on the other side of the field, unsullied by human touch. Others were plucked from the air by Wayne Hennessey, the Welsh goalkeeper, and clutched greedily to his chest.

There was, in Sargent’s defense, one exception: a sharp, instinctive header from a cross smuggled in from the byline by Antonee Robinson when the game was still young and fresh, denied only by some indistinct combination of Hennessey’s sturdy fist and a goal post.

That alone, though, was not likely to be enough to rebut the longstanding belief that the single greatest flaw in this United States squad, the glaring Achilles’ heel that will limit its progress in this World Cup — and any forthcoming World Cups until it is solved — is that it is not in possession of a cutting edge. Goals, for the United States, do not come easy.

The goal that Tim Weah scored against Wales in the first half was a suitably pretty one, intricately worked and aesthetically pleasing.Credit…Erin Schaff/The New York Times

In his four years in charge, U.S. Coach Gregg Berhalter has racked his brain to find a solution. Sargent has, perhaps, come to be seen as his default option, the fact that he is not a cold-eyed finisher offset to some extent by the intelligence of his movement, the willingness of his running, the endlessness of his reserves of energy.

But there have been times on the journey to this World Cup when Jesús Ferreira was given a chance, too. For a few months, there was a belief — or at least there was a pronounced attempt to try to believe — that Ricardo Pepi might be the answer. Jordan Pefok, for a while, was touted as a potential solution. Gyasi Zardes, hardly in the spring of his career, had a go.

When none of those were convincing, Berhalter included Haji Wright in his squad for the tournament in Qatar and reverted once more to Sargent — in rich form for Norwich City, his club team in England’s second tier — as his first choice. He, and the team, ended up back where they started.

The issue is not that the U.S. cannot score goals, of course; it is that it has to work so hard for each and every one of them. The goal that Tim Weah scored against Wales, the country’s first at a World Cup in eight years, was a suitably pretty one, intricately worked and aesthetically pleasing: a swift turn from Christian Pulisic, a through ball slipped into space, Weah’s pausing just a moment to adjust his foot to drive the ball under Hennessey.

Sargent was not to blame, of course, that each and every one of those crosses proved anticlimactic. Some of them were too hot, too cold, too hard, too soft, a Goldilocks selection of deliveries. But to make the most of imperfect materials is the craft of the striker, rather than the art, the trait that separates the outstanding from the merely gifted.

It is not just in the American squad that this absence is notable. There are plenty of gold-standard strikers at this tournament — Robert Lewandowski and Harry Kane, Lautaro Martínez and Kylian Mbappé — and several more, from Erling Haaland to Mohamed Salah to Karim Benzema, who are not.

England’s Harry Kane is one of the top strikers playing in the World Cup.Credit…Julian Finney/Getty Images

But it is their rarity that makes those players so special. It is because his skill set is so scarce that Manchester City was prepared to meet Haaland’s exorbitant financial demands; it is because the reward may be so great that Liverpool was convinced to pay a premium fee for Darwin Núñez, who is best thought of as an elite striker in its component parts.

Everyone else — particularly at the international level, where problems cannot be solved with cold, hard cash — has to make do and mend with whatever they have available. Ecuador, for example, opened the World Cup with two goals from Enner Valencia, now 33 and drifting into the autumn of his career in Turkey.

The Dutch started their campaign with Vincent Janssen, a peripatetic forward who has spent the past few years in Turkey (it’s always Turkey) and Mexico and now Belgium, as the tip of their spear. There were times, at the Ahmed Bin Ali Stadium, when it was possible to think that Wales had named a statue of Gareth Bale to its team.

There is a reason for that. Bale had barely touched the ball when, with the clock ticking and his country’s long-awaited return to the World Cup rapidly threatening to turn sour, he darted in front of Walker Zimmerman to meet a hopeful ball from the wing. It was not an especially good pass. It was not a particularly promising situation. Bale was facing away from the goal, the American defense in good order.

But it is the craft of the striker to make the most of limited material. Bale’s burst was sudden enough to catch Zimmerman by surprise; by the time he realized what he was doing, he had already clipped Bale on the ankle. The 33-year-old Bale went down. Penalty. He stood and stared at the ball, controlling his breathing, and then swept it past Matt Turner’s outstretched arm.

It was a goal that Wales, by that stage, merited, but it was not a goal for which it had needed to work especially hard. It was a cheap goal, a dirty goal, the sort of goal not so much scored by a striker but manufactured.

And that, of course, is its value, Bale’s value. He is not on the team because he can run the most or the fastest or because he is a central force in the way Wales plays. He is not, not anymore.

No, he is on the team for the same reason that, in his 30s, Valencia is still leading the line for Ecuador: because he has that gift, one that cannot really be taught or trained, for being where he needs to be, for conjuring something from the air, for making goals happen through some mixture of wisdom, wit and sheer, unbridled will.

For all Sargent’s energy, or Wright’s raw talent, the United States does not have a player like that; if it did, it would most likely have beaten Wales on Monday evening, taking a considerable leap toward qualification for the last 16 in the process. In that absence, its long, forlorn search for goals — the scruffy and the scrappy, the ugly and imperfect — will go on.

Tags
Bale Goal One That Was 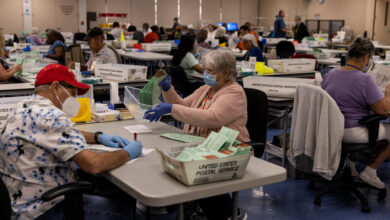 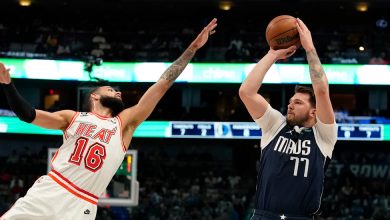 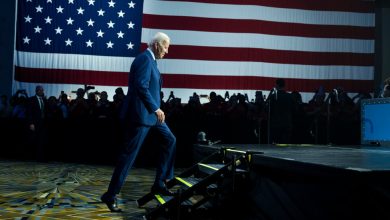 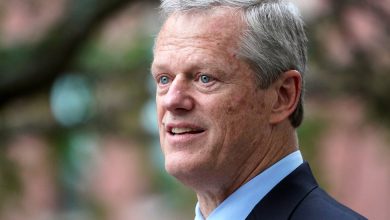 N.C.A.A.’s Next President Will Be Gov. Charlie Baker of Massachusetts