As consumers’ whims continue to evolve in the pandemic recovery, many companies that once enjoyed high-highs are feeling the sting of low-lows. That is especially true for the exercise bike company Peloton, which reported a $1.2 billion quarterly loss on Thursday — its sixth straight quarter of losses. After a pandemic boom, Peloton is now among the many retailers struggling to sell excess inventory. But its stationary bikes, priced at $1,445 and now available on Amazon, may still be a hard sell: Other earnings reports, like those from Dollar General and Dollar Tree this week, pointed to more cautious consumer spending. The two companies, the largest dollar-store chains in the country, posted higher sales and profits in their latest quarter as inflation eats into Americans’ budgets. In the past year, a majority of new customers shopping at Dollar Tree earned at least $80,000 annually, according to the company’s chief executive — a sign that even higher earners are looking for bargains.

After extending the student loan pause several times, President Biden this week announced that the federal government would cancel $10,000 in federal student loans for millions of people. The plan has its caveats: Only individuals who are single and earn under $125,000 qualify for the $10,000 in debt cancellation. Those who meet these income requirements and received a Pell Grant may qualify for an additional $10,000 in cancellation. (He also extended the pause on student loan payments again, until at least January.) The move was celebrated by labor advocates and the president’s progressive base, but it has already set off a contentious debate in Congress, with some Republican members saying it’s “unfair” that some had to pay off student debt while others will have it canceled. And because it came by way of an executive order, the policy is likely to face legal challenges.

Jerome H. Powell, the Federal Reserve chair, did not have comforting words for investors on Friday. At the highly anticipated annual conference near Jackson, Wyo. Mr. Powell said that the central bank must continue to raise interest rates to bring rapidly rising prices under control and prevent them from claiming a more permanent hold on the economy. The Fed’s campaign could “bring some pain to households and businesses,” he warned. It remains unclear, however, what kind of rate increase Fed policymakers may be considering for their meeting next month, and Mr. Powell said they would weigh incoming economic data to decide whether to make a third three-quarter-point increase. The same day as Mr. Powell’s speech, Personal Consumption Expenditures, the Fed’s preferred inflation gauge, showed prices falling on a monthly basis in July.

The jobs report last month was shocking to many: The economy added 528,000 jobs in July, more than doubling widespread expectations. That number complicated a narrative about the Fed beginning to succeed in its efforts to cool down the economy, which appeared to be at odds with a still-booming labor market. It has also introduced more uncertainty about what jobs data for August will show. Forecasters expect a significant slowdown, with about 270,000 jobs added. Economists say job growth will have to decelerate at some point, given the Fed’s large interest rate increases and other signs of a slowing economy. Still, it is becoming increasingly normal to get mixed messages about the direction of the economy. For example: The gross domestic product declined for the last two quarters — one commonly accepted indicator of a recession — but gross domestic income grew, a perplexing sign that the economy is in good health.

It is a turbulent time for Bed Bath & Beyond. The retailer was recently at the center of another meme-stock trading frenzy, which sent its share price skyrocketing 360 percent from the start of August through roughly midmonth. But its stock just as quickly came crashing down after the activist investor Ryan Cohen, who five months ago said he was a majority stakeholder in the company, sold out of the retailer. And this is all without getting into Bed Bath & Beyond’s sales, which have been in a prolonged slump. This week, the company will hold an investor call to discuss strategic updates to its business, during which its leaders are expected to announce that it borrowed a multimillion-dollar loan and has used its buybuy Baby unit, which has become the company’s main growth driver, as collateral for a line of credit. Like Peloton, Bed Bath & Beyond was a big winner at the height of the pandemic but has suffered as Covid restrictions have eased.

Fresh Inflation Data for the Eurozone

The eurozone’s Consumer Price Index this week will be closely watched. The last reading showed inflation hitting a record of 8.9 percent, the third consecutive month of price gains, with the soaring energy costs across Europe fueling the blistering pace. No one can say for sure whether the jump last month represented a peak; but many expect economic growth in the eurozone to slow down in the coming months, as the European Central Bank continues to raise interest rates. What could then follow, however, is the potential for a recession.

Electric vehicle automakers are encouraged by California’s new mandate to phase out gasoline cars in the state by 2035 but see challenges ahead. Federal labor regulators have accused Starbucks of discriminating against unionized employees by denying them wage and benefit increases promised to nonunion staff. Amazon said it would shut down Amazon Care just one month after acquiring One Medical, a major competitor to its own health care business.

Berkshire Hathaway cleared to buy up to 50% of Occidental Petroleum. 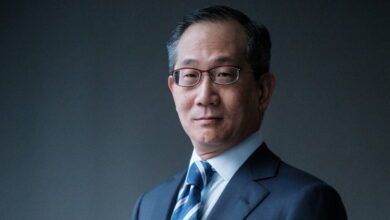 Revenge of the Founders: A Generational Struggle on Wall Street 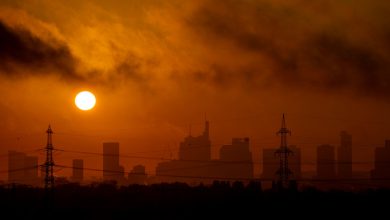