Still, it’s not clear how the whistle-blower campaign by Zatko,who goes by the nickname Mudge in the security community, might dovetail with Musk’s legal strategy to undo the $44 billion buyout. (A spokesman at Whistleblower Aid, a nonprofit group that is working with Zatko, did not respond to a request for comment.)

Musk and Mudge both accused Twitter of fraud, but their allegations are not identical. Musk says Twitter’s public disclosures about spam — which he says he relied upon before he agreed to purchase the company — were misleading. Zatko, who was little known outside the hacker community until last week, has accused Twitter of years of “material misrepresentation and omissions” about the security and privacy protections built into its platform.

Musk can’t simply tweak his current case to incorporate Zatko’s allegations. He needs the court’s permission — something that the presiding judge, Kathaleen McCormick of the Delaware Court of Chancery, may be reluctant to do, given that the October trial is right around the corner.

Musk may opt to bring a new federal securities fraud lawsuit against Twitter, arguing that, under federal law governing the sale of securities, he has the right to walk away from the deal because he was defrauded. The terms of Musk’s Twitter deal require that all regulatory disclosures since January 2022, including the 2021 annual report, be accurate; Musk could argue that Zatko’s concerns should have been disclosed in that report. A possible supporting factor: Zatko’s complaint reads like a securities lawsuit, with a strong focuson how the company purportedly misled investors.

Musk’s lawyer offered a possible road map. At a hearing last week, Musk’s lawyer, Alex Spiro, signaled to the judge that Twitter’s 2021 annual report was filed in February days after Zatko says he wrote to company executives outlining his concerns. Twitter would likely counter that, had Musk done his own due diligence, he would have seen any documents sent to the board.

It would be a risky strategy. Musk would be trying to prove fraud in a federal court, where the bar is higher than his current fraud claim in Delaware. What’s more, he would risk upsetting a court that is playing an increasingly important role in his future: Bringing a new federal suit effectively undercuts the Delaware court’s raison d’être of overseeing corporate deals. Musk has three other cases pending in Delaware courts, including a coming trial before Judge McCormick on his Tesla compensation package.

Investors step up wagers against the euro. Bets that the currency has further to fall reached their highest level since March of 2020. The culprit: sharply rising energy costs in Europe. There are positive signs for the continent, however. Germany said it’s ahead of schedule in stocking up on natural gas inventory for the winter.

Abbott will restart production of its Similac baby formula. The reopening of a Michigan plant that had been shut in February over contamination concerns is meant to ease a U.S. shortage of baby formula. But Abbott warned that there could be production stops and starts “from time to time.”

A blockbuster deal. In April, Elon Musk made an unsolicited bid worth more than $40 billion for the social network, saying he wanted to make Twitter a private company and allow people to speak more freely on the service.

The response. Twitter’s board countered Mr. Musk’s offer with a defense mechanism known as a “poison pill.” This well-worn corporate tactic makes a company less palatable to a potential acquirer by making it more expensive to buy shares above a certain threshold.

Securing financing. Though his original offer had scant details and was received skeptically by Wall Street, Mr. Musk, the world’s wealthiest man, moved swiftly to secure commitments to finance his bid, putting pressure on Twitter’s board to take his advances seriously.

Striking a deal. With the financing in place, Twitter’s board met with Mr. Musk in April to discuss his offer. The two sides soon reached a deal, with the company agreeing to sell itself for $54.20 a share.

Tensions arise. Not long after Mr. Musk and Twitter reached their agreement, problems began. Mr. Musk  threatened to pull out of the deal if Twitter did not provide more information on how it calculates the number of fake accounts. On June 8, the company announced that it planned to give him access to a large swath of its data.

Musk backs out. In July, Mr. Musk announced that he was terminating the deal, citing the continuing disagreement over the number of spam accounts. Twitter then sued the billionaire to force him to go through with the deal. But Mr. Musk fired back in a legal filing, arguing that the company concealed the true number of fake accounts on its platform, accusing Twitter of fraud.

Air travel disruptions will persist through the winter. Airlines and airports plan to keep cutting flight schedules and keeping passenger caps as they continue to struggle with a surge in travel and a shortage of workers. Some airlines predict the turmoil could extend to next summer.

Boeing seeks to regain lost ground with NASA’s latest launch. The aerospace giant is the biggest contractor for the U.S. space agency’s new mission to the moon, set to take off this morning. At stake for Boeing is re-establishing its space prowess as it faces competition from the likes of SpaceX.

The Fed chair Jay Powell on Friday said that he and his fellow central bank policymakers were determined to bring down inflation even if it led to “some pain” for households, businesses and investors. The comments were the clearest sign yet from Powell that the Fed plans to continue raising interest rates for the foreseeable future.

Powell’s words roiled global markets. The S&P 500 fell nearly 3.5 percent on Friday, its worst one-day showing since June, and seemingly ended the summer rally that pushed stocks up nearly 20 percent in two months. Meanwhile, Asian and European stock markets were a blur of red today; U.S. equities point to a weak open, too.

Bond markets were also volatile. Investors continued to dump bonds: The yield on the two-year Treasury note hit a 15-year high today on fears that the economy will slow further.

Some see more pain ahead, perhaps for good reason. Three things to consider:

“It’s a challenging few weeks ahead,” Lee Ferridge of State Street Global Markets told The Times’s Joe Rennison. “The Fed has talked about causing pain, and now markets have to react.”

A big foe for a new data privacy bill

House Speaker Nancy Pelosi is caught in a showdown between her home state, California, and Washington colleagues pushing for a sweeping data privacy legislation. The bill, the American Data Privacy and Protection Act, received overwhelming support in a bipartisan committee on a vote of 52 to 3 last month and is now awaiting a House vote.

The pressure for lawmakers to act fast intensified last week following allegations by Twitter’s former security chief, Peiter Zatko, that the social media company misled federal regulators about its security vulnerabilities. Representative Jan Schakowsky, Democrat of Illinois, a co-author of the data privacy bill, told DealBook that she was “redoubling” efforts on the measure after Zatko’s “troubling” revelations: “More than anything, it shows that Americans, no matter where they live, need fundamental privacy protections online,” she said in a statement. “The status quo has once again failed American consumers.” Adding to the momentum: Zatko is scheduled to testify on Sept. 13 before the Senate Judiciary Committee.

And a coalition of 48 groups made up of civil rights, privacy, and consumer advocates on Thursday sent a letter to Pelosi urging her to move “expeditiously,” arguing that the federal bill will “for the first time, create real and lasting protections for the personal data of hundreds of millions of consumers” by addressing algorithmic bias, data collection and correction, targeted youth marketing, and more.

But the bill is facing pushback from California lawmakers. The measure, which allows consumers to sue to have misinformation about them corrected, addresses concerns that have come up since the European Union’s G.D.P.R. went into effect in 2018, such as the mental health crisis among teens driven partly by social media, a senior staff member for Schakowsky told DealBook. It has “more teeth,” than existing measures, he contends. California officials do not agree.The California Data Privacy Protection Agency protested this month that the bill, which it says is inferior to its own data protection law, will actually harm consumers. Similar complaints have come from Gov. Gavin Newsom and other California lawmakers who worry the federal bill comes up short on data protection.

“I don’t like to take attendance or babysit, but managers should know where their people are.”

— Colleen McCreary, chief people officer at Credit Karma, on the hope that workers will finally return to the office this fall.

What’s ahead for Carlyle?

The sudden exit this month of the Carlyle Group’s C.E.O., Kewsong Lee, surprised many on Wall Street. The private equity giant’s founders had handpicked the 58-year-old Lee to succeed them. Now, with Carlyle searching for his replacement, the firm faces bigger questions about its future.

Carlyle’s founders want to be more involved, after taking a step back several years ago, The Times’s Maureen Farrell and Peter Eavis report. Lee and other executives had already chafed at perceived distractions for Carlyle caused by the family office of David Rubenstein, the firm’s most recognizable co-founder. Lee was also seen as taking not-so-subtle digs at Carlyle’s old guard.

When another founder, Bill Conway, told Lee on Aug. 5 that Carlyle’s founders planned to have a bigger say on strategy and operations, Lee balked, and said he preferred to leave, Maureen and Peter report. (Lee also sought a far bigger employment contract, but was rebuffed.)

What’s next? Carlyle has hired the executive search firm Russell Reynolds to find a new chief executive who, in a spokeswoman’s words, “will drive Carlyle forward.” But deal aficionados know that a company without a permanent C.E.O. — and one that has underperformed peers — is often vulnerable to a takeover. Could Carlyle, whose market cap stands at $12 billion, be a tempting target for a bigger asset management firm looking to bulk up in the alternative investments space? 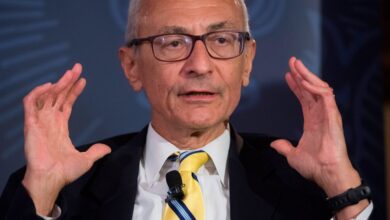 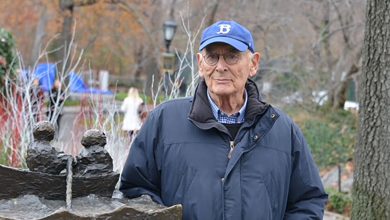 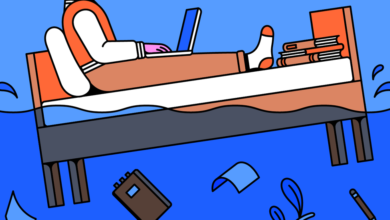 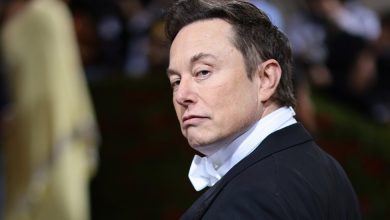