By any objective measure, nothing that happens in Woodside, Calif., is going to make much difference to a state whose housing crisis is characterized by some of the nation’s highest rents and home prices and has more than 100,000 people living on its streets. The town, a wealthy enclave of the Silicon Valley, is less than 12 square miles and contains about 5,000 of California’s 40 million residents.

But earlier this year, when Woodside’s government made a curious announcement that the town was being designated a sanctuary for mountain lions — a move that, as it happened, would also protect a hamlet of multimillion-dollar homes from a new law allowing duplexes across the state — the response was an object lesson in how California politics have shifted as housing has become voters’ primary concern.

The Department of Housing and Community Development, California’s main housing agency, said it was investigating the mountain lion plan. The state attorney general followed with a letter (and a news release announcing the letter) that said the proposed sanctuary was illegal, and accused the town of “deliberately attempting to shut off the supply of new housing opportunities.”

Along the way legislators, housing advocates and even the Sacramento-based Mountain Lion Foundation pilloried the move. Woodside reversed course after the Department of Fish and Wildlife advised city officials that it was impossible for the entire town to be considered a cougar habitat. Shortly after, the city announced it was taking applications for duplexes.

Woodside, Calif., tried to declare itself a mountain lion habitat, a move that would have barred duplex housing in the town. The state pushed back.Credit…Jim Wilson/The New York Times

For the past six years, through boom, bust and pandemic, California’s legislature has ended each session with a blitz of new laws that aim to make housing more plentiful and affordable. Statewide rent control. Moves to encourage backyard units. A dismantling of single-family zoning rules. The barrage continued in this year’s session, concluded Wednesday, when lawmakers passed a pair of measures that aim to turn retail centers, office buildings and parking lots into potentially millions of future housing units — moves that caused many political observers to reconsider what is politically possible.

The laws received a decent amount of fanfare at each signing, signaling a turn in state policy and priorities. Until recently though, no one put much effort into enforcing them.

That has started to change as Governor Gavin Newsom has, for reasons practical and political, shifted toward an increasingly aggressive effort to enforce laws already on the books. This ranges from small-scale stings, like the state housing agency sending letters to local governments telling them they are out of compliance with state housing regulations, to much larger efforts, like a first-of-its-kind investigation into San Francisco’s notoriously complex development process.

In some cases, the governor’s office is working with the attorney general to initiate lawsuits against localities that they believe are breaking the law. Rob Bonta, the California attorney general, who along with Mr. Newsom is running for re-election this year, said he expected this to only get more intense.

“We are just getting started,” he said in an interview.

The policy is simple: Laws that are good enough to sign should be good enough to enforce. But there are political calculations as well, and they begin with a harsh reality. No matter how much legislation the state passes, its housing crisis is so deep and multifaceted that it will be nearly impossible to show real progress in any given political cycle, and probably not for decades.

Read More on the Newsom Administration

That is a hard sell to voters who would like quick victories. Lacking a slam dunk to point to in campaign ads, Mr. Newsom and others have been applying the law, loudly.

Take, for instance, the recent interview in which the governor told the San Francisco Chronicle that “Nimbyism is destroying the state” (referring to the “not in my backyard” attitude that impedes new housing). Or the mad rush to condemn Woodside. Or the “Housing Strike Force,” that Mr. Bonta announced in November.

“Over the last 50 or 60 years, cities have not made the right decisions collectively on housing,” said Jason Elliott, a senior counselor to Mr. Newsom who oversees housing policy. “That has left us in a place where the state has no choice but to enforce the law.”

The notoriously complex development process in San Francisco is the focus of a state investigation.Credit…Jim Wilson/The New York Times

California has long been described as a look at the nation’s future, and in the case of housing, the good and bad, this frame has held true since the end of World War II. Today, as the rising cost of housing has ballooned into a national problem, state legislatures across the country have mirrored California by passing a host of new laws that aim to speed new development and allow denser forms of housing.

The Biden administration is hoping to encourage these efforts with a “Housing Supply Action Plan” that, among other things, would use grant funding as a carrot for local governments that liberalize their housing laws.

Those reforms won’t amount to much if cities never follow them, however. And while that might sound obvious, passing laws that nobody follows has historically been where state housing policy began and ended. That’s because, in California and elsewhere, most of the power about where and how to build has traditionally been left to local governments, on the theory that land use is better left to the people who are closest to the problem.

“The role the state was playing is that they would mostly advise cities on what to do and make recommendations,” said Ben Metcalf, who is managing director of the Terner Center for Housing Innovation at the University of California, Berkeley. He ran California’s Department of Housing and Community Development from 2016 to 2019.

The problem is that homeowners and renters from a wide range of income levels are frequently antagonistic to having anything, and especially anything dense, built in their neighborhoods. And local elected officials are beholden to them. The result is that even though California has had various housing laws on its books for decades, cities regard them as pliable, and the state, in deference to local control, has rarely challenged them.

“For decades there has been a pattern where cities flagrantly ignore state housing law and the state responds by halfheartedly saying, ‘Can you pretty please follow the law?’” said Laura Foote, executive director of YIMBY Action, a San Francisco Bay Area nonprofit that supports building more housing around the country. “Then the cities ignore them, and the state says, ‘OK, we’ll get you next time.’”

Until 2017, when a suite of new laws expanded the Department of Housing and Community Development’s authority, it wasn’t even clear if it had the power to penalize cities that weren’t following state housing dictates. Mr. Newsom’s administration has since used $4 million to create a new housing “Accountability and Enforcement” unit to investigate cities and implement the laws, while legislators have usurped local authorities by forcing them to plan for more and denser housing, hemmed their options for stopping it, and created measures to strip them of land use power when they don’t comply.

“It gives us something to ensure that these programs aren’t just writing,” said David Zisser, who heads HCD’s new enforcement unit.

As affordable housing problems spread, California’s enforcement kick could be an indication of an increasingly pitched battle between cities and states over housing. It also gives a clue into how Mr. Newsom might defend himself from political attacks over California’s housing and homelessness problems, something that is all but guaranteed to happen if he seeks higher office. (A Newsom run for the Democratic presidential nomination in 2024 is currently the stuff of political parlor games, and despite the chatter, the governor and everyone in his camp dismiss such ambitions.)

In the interview, Mr. Elliott, the housing adviser, noted that the advantage the governor has in enforcing tough housing measures is that he draws votes from around the state instead of locally. The administration can play the heavy in a local dispute without having to worry about alienating its entire voting base.

“It’s very logical, politically, for an individual city council person or an individual member of a board of supervisors to be against an individual project,” he said. “I think the job of the state is to change the political calculus so ‘yes’ becomes the default instead of ‘no.’”

There is already some indication that years of state housing bills, combined with rising voter frustrations, have started to create such a shift. When the state housing department opened its investigation into San Francisco in August, London Breed, the city’s mayor, welcomed it with a tweet.

“When I ran in 2018, it was a vulnerability to be an unapologetically pro-housing candidate,” said Buffy Wicks, a Democratic assembly member from Oakland who wrote one of the two main housing bills passed by the legislature this week. “Now it is absolutely an asset. I get up on the floor of the assembly and I say, 10 times a week, ‘We have to build more housing in our communities, all of our communities need more housing, we need low-income, middle-income, market rate.’ You couldn’t do that in a comfortable way four years ago.”

Cities seem to have absorbed the new reality of a state on closer watch. Last year, after the legislature passed the duplex law, dozens of cities responded by adopting a slew of new ordinances that don’t explicitly prohibit the units but, through a series of tiny rules, tried to discourage anyone from actually building them.

Woodside’s Mountain Lion proposal got the most attention but was far from the only one.When Temple City, in Los Angeles’ San Gabriel Valley, finalized rules for how it would implement the duplex law — rules that required new units to have a large outdoor courtyard, the highest level of energy efficiency, and restricted future tenants from parking on site or obtaining permits to park on the street overnight — the city council was clear what the aim was.

“What we are trying to do here is to mitigate the impact of what we believe is a ridiculous state law,” said Councilman Tom Chavez, just before the council unanimously voted to pass the measure.

By April, the Department of Housing and Community Development had warned Temple City that its new ordinance was likely in violation of at least five state housing laws. In an email, Bryan Cook, the city manager, said it was working with the state and would consider changing the ordinance after its work with the state is done. 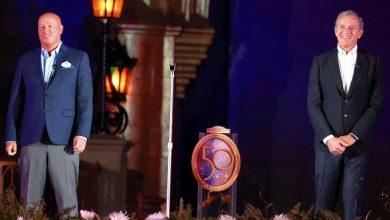 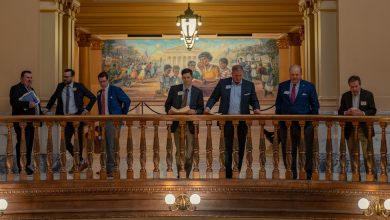 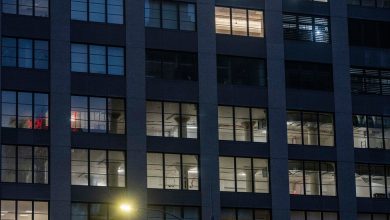 Why Office Buildings Are Still in Trouble 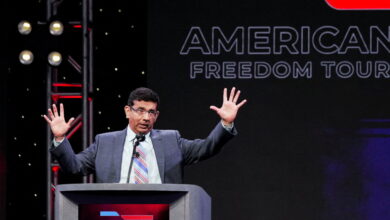