WASHINGTON — President Biden will announce on Wednesday that he is canceling $10,000 in student loan debt for Americans earning $125,000 or less per year and extending a pause on payments for all borrowers until Dec. 31, capping months of anticipation over a campaign promise to provide economic relief to millions of people, according to four people familiar with the announcement.

Mr. Biden will also announce an additional $10,000 of debt forgiveness for students who received Pell grants in college, focusing the additional aid on people from lower-income backgrounds.

The debt forgiveness, although far less than the amount that some Democrats had been pushing for, comes after months of deliberations over fairness and fears that it could exacerbate inflation before the midterm elections. The plan will almost certainly face legal challenges, making the timing of any relief uncertain.

The question of how far the United States should go in providing debt forgiveness — and who should benefit from it — emerged as one of the more contentious issues for Mr. Biden and exposed deep divisions in the White House. Across the United States, 45 million people owe $1.6 trillion for federal loans taken out for college — more than they owe on car loans, credit cards or any consumer debt other than mortgages.

Many Democrats have argued that debt forgiveness is necessary to address racial disparities in the economy. But critics say widespread debt forgiveness is unfair to those who tightened their belts to pay for college, and Republicans and some Democrats contend that it will add to inflation by giving consumers more money to spend.

The White House sought to address those economic concerns by targeting the relief. Mr. Biden also paired the forgiveness with an announcement that all student borrowers must resume repayment of their loans after the end of the year, ending a pause that was put in place as the pandemic recession deepened in March 2020.

On its face, the move could cost taxpayers about $300 billion or more in money they effectively lent out that will never be repaid. But the true cost is harder to calculate, and smaller, because much of that debt was unlikely to ever be repaid. More than eight million people — one in five borrowers with a payment due — had defaulted on their loans before the coronavirus pandemic. Many of those people carried fairly small balances and will now be eligible to have their loans canceled.

Many Democratic lawmakers and progressive groups had argued that addressing economic racial disparities would require forgiving $50,000 of debt, citing reports showing that Black and other nonwhite borrowers end up with higher average loan balances than their white peers.

But Representative Tony Cárdenas, a California Democrat who met with the White House to advocate debt cancellation, said even the limited student debt relief could be the galvanizing factor Mr. Biden’s party needs before the midterms in November.

He and other members of the Hispanic Caucus helped ramp up pressure on Mr. Biden this spring when they said he indicated in a private meeting that he intended to provide some form of debt relief for Americans. Shortly afterward, the president publicly said he was considering the move and would announce details in the coming weeks.

But inside the White House, Mr. Biden’s top aides were debating the political and economic ramifications of the decision. According to people familiar with his thinking, the president was concerned that loan cancellation would be seen as a giveaway that would be an affront to those who had paid their or their relative’s tuition. Some top aides also argued that Mr. Biden lacked the legal authority to move forward with the sweeping loan forgiveness and that he should work with Congress instead of using executive action.

“In the middle of crushing Biden-flation, how could the president justify a student loan giveaway that overlooks Americans hurt most by inflation?” Representative Kevin Brady of Texas, the top Republican on the Ways and Means Committee, said last month.

Mr. Biden’s economic advisers, however, made the case that by resuming loan payments and pairing the loan forgiveness with income caps, the cancellation would have a negligible effect on rising consumer prices. The president’s chief of staff, Ron Klain, also advised him that providing relief could galvanize young voters who are increasingly frustrated with him.

Senate Democrats continued to make direct appeals to the White House in the days leading up the decision. Senator Charles Schumer of New York, the majority leader, as well as Senators Elizabeth Warren of Massachusetts and Raphael Warnock of Georgia, met with Mr. Klain and Brian Deese, one of Mr. Biden’s top economic advisers, to lobby the White House on student loan forgiveness.

Mr. Schumer spoke with Mr. Biden on Tuesday night to ask him to cancel as much debt as possible, according to a Democrat familiar with the conversation.

Legal challenges are expected, although who would have the standing to press their case in court is unclear. A recent Virginia Law Review article argued that the answer might be no one: States, for example, have little say in the operation of a federal loan system.

Mary-Pat Hector, a graduate student at Georgia State University and an activist who has pushed for loan forgiveness, said Mr. Biden’s move was an important first step to support those disappointed by the administration’s failure to accomplish other policy goals, such as providing two free years of community college.

“They were told: Vote because your life depends on it,” said Ms. Hector, 23, who has $50,000 in loans from Spelman College. “And then we’re here on the ground, months away from midterm elections, and people in these communities are wondering, ‘Well does my vote really matter?’”

In addition to college debt, Ms. Hector said her mother also borrowed to pay for her education. She criticized the administration’s decision to impose limits on who would receive loan forgiveness based on salary, noting that while some of her peers earned a healthy income, they would also be responsible for supporting younger siblings who might borrow to attend college.

“You’re still in inescapable debt from school, and you’re still taking care of your family and community,” Ms. Hector said. “My parents are probably in lifetime debt to get me in that position, and I’m going to have to repay them by ensuring my little brother is going to school. That’s the pressure you have.” 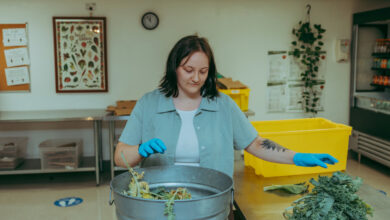 Economic Aid, Once Plentiful, Falls Off at a Painful Moment 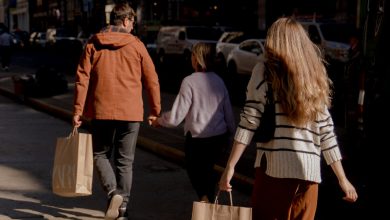 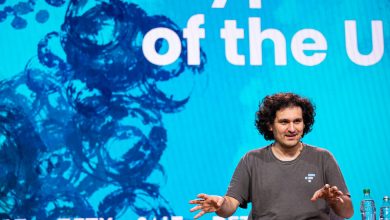 What Is Next for the FTX Fallout? 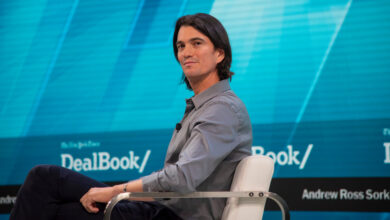 Adam Neumann Gets a New Backer