A WOMAN’S BATTLES AND TRANSFORMATIONS

Late in Édouard Louis’s new novel, “A Woman’s Battles and Transformations,” a mother receives a colorful envelope in the mail. She is in her early 40s, crushingly poor, her family’s sole breadwinner, supporting five children and a violent, disabled, alcoholic husband. “DEAR MONIQUE, YOU’VE BEEN SELECTED FOR A SPECIAL DRAWING,” reads the letter, detailing the 100,000 euros she might win if she responds. In disbelief, she asks her middle child, 12-year-old Eddy, to read it with her. “If it was a scam,” she says, more question than statement, “they wouldn’t have used my real name.”

The reader, of course, knows it’s a scam, and with her son we watch this woman of little education complete the form: “She filled in the boxes carefully — last name, first name, address — and I saw her deliberately adding loops at the tops of the L’s and under the J’s, trying to produce the most beautiful and precise handwriting possible.” Soon, a second envelope arrives, then another, each asking for a small check to increase one’s chances of winning. After sending a fourth little check, Monique understands that they’ve been cheated. It is a brutal scene of a kind of heartbreak, one that depends upon a tenderness of observation — those precise loops the boy noticed as his desperate mother wrote her name, as if she were replying to hope itself.

Like all Louis’s books, “A Woman’s Battles and Transformations” is explicitly autobiographical — memoir executed through novelistic means (and translated into English with unobtrusive flair by the novelist Tash Aw). The woman in question is Louis’s mother, the narrator the adult Édouard, looking back on the little Eddy he once was. The book moves between sections directly addressed to his mother (“Is it something you think about often?”), others written about her. “Unrelenting misfortune: Against the backdrop of misery and tension with my father, she became pregnant … twins.” And then there are the others, in which the adult Louis implicates himself as “one of the agents of [her] destruction,” coming to understand, as he grows older, “that when a son stands before his mother, even if he is a son, he is still a man standing before a woman.”

Readers of Louis, who is 29 — he has published five best-selling novels in France, this his fourth — know his mix of tenderness and rage, sentiment and intellection, and above all formal ingenuity: Each of his books is different from the last in how it makes its narrative way. The first, “The End of Eddy,” was composed of short essays that wove in and out of direct chronology but centered on the way Louis, a feminine boy who was homosexual, was relentlessly bullied and beaten by everyone he knew, family or not; the second, “History of Violence,” was an eavesdropped account, Louis listening in as his sister told her husband of the brutal rape Louis had suffered, a brilliant piece of formal indirection that dramatized the unseemliness of listening to such stories, performing the squeamishness that Louis felt in telling his.

The latest novel may be understood as the second panel of a diptych begun with Louis’s “Who Killed My Father” — his father a man very much literally alive, but one whose alcoholism and racism and antisemitism and ultimate disability following a factory accident are a patrimony that could not, in Louis’s sympathetic view of his largely unsympathetic father, be denied. Each novel in the diptych is scarcely 100 pages, but in both, out of the quotidian horror of ignorance and poverty and fear, a transformation occurs for the parents, war achieving varieties of muted peace. A father who couldn’t abide his son’s “queeny gestures” and “fancy ways” becomes, in age, one of Louis’s appreciative readers; a mother who couldn’t leave Louis’s father finally does, beginning a new life in Paris, where, unexpectedly, so much changes that she can say — in a marvelous scene — that Catherine Deneuve came to visit her.

But these two little books, especially “A Woman’s Battles and Transformations,” also exhibit a less appealing feature of Louis’s novelistic practice, one that has been present all along, a kind of 40-watt intellectual bombast:

“I’ve been told that literature should never resemble a display of feelings, but I write only to allow emotions to spring forth, those sentiments that the body cannot express.”

“I’ve been told that literature should never resemble a political manifesto but already I’m sharpening each of my sentences the way I’d sharpen the blade of a knife.”

The passive voice, Louis’s abstract “I’ve been told,” tells us very little: Anyone can tell anyone anything, but that doesn’t make it meaningful. Louis is setting up straw men (I’ve spared you the other four “I’ve been told”s) to mow down, with those sharpened sentences — a metaphor that comes off as self-parody, not provocation. In so short a book, the frequency of the interjections and their specious banality stomps on the tenderness that Louis is documenting. It is as if the novel has been made to digest its own readers’ guide.

In his first two novels, such intrusions were no less frequent — commentary on French politics, identity theory, sociology of poverty, literary honesty — but they felt neither idle nor grandiose but tactical. The texture of his early storytelling depicted a struggle between past and present, and between the two languages of his life: the crude grammar of his parents and the sophisticated register of his professors and mentors at the Parisian Grandes Écoles to which he fled, each argot suspicious of the other. Louis was aware, and was making us aware, of the rupture by explicitly marrying its irreconcilable parts, revealing his sense of guilt and shame and confusion and distrust through the struggle to tell his stories honestly. “A Woman’s Battles and Transformations” apes that wrestling, but it is a mode that has come to feel more like a tic. Both the new novel and “Who Killed My Father” are minor Louis, as his latest and fifth book, which appeared in France last year and will appear here next year, makes clear, both in theme and form. “Changer: Méthod” (loosely, “How to Change”) asks: How does one evolve, as a man, as a writer, when the struggle has become not with one’s past but with one’s present? One changes everything. One grows up.

Wyatt Mason is a contributing writer for The Times Magazine and teaches at Bard College.

Tags
Louis One She That Who 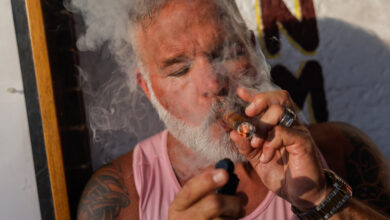 The Old Men and the Sea 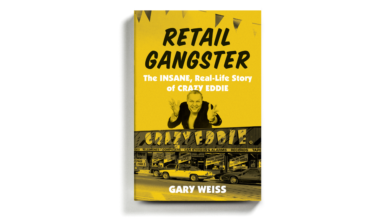 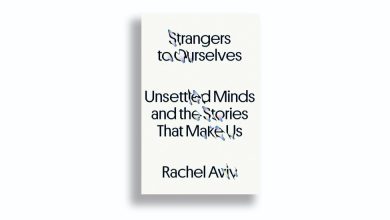 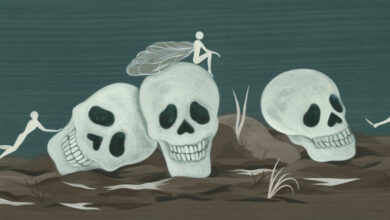 The Heady Nihilism of Kotaro Isaka