CHICAGO — A movie-to-musical that wants to have its cake and eat it, too, and still fit into a sample size, “The Devil Wears Prada,” opened at the James M. Nederlander Theater here on Sunday. With music by the rock god Elton John and lyrics by the Off-Broadway sweetheart Shaina Taub (“Suffs”), it had seemed poised to set a trend or two.

Though the show takes place at a fashion magazine, its creative team doesn’t seem to have agreed on a style. Is this a sincere story of a young woman’s education — sentimental, professional, sartorial — or a Fashion Week party? An inquiry into toxic workplace culture or an excuse to put an Eiffel Tower (technically, two Eiffel Towers) onstage? This is a show that has tried on everything in its closet. Nothing fits.

Adapted from the 2006 film, itself adapted from Lauren Weisberger’s 2003 roman à clef of her year at Condé Nast, it follows Andy Sachs (Taylor Iman Jones), a recent journalism graduate. Andy has big dreams. The Big Apple quashes them quickly in “I Mean Business,” the show’s efficient opener. After six months of rejections, she somehow lands a coveted job at Runway — a fictional stand-in for Vogue — as the second assistant to its imperious editrix, Miranda Priestly (Beth Leavel.)

Andy doesn’t care about fashion. She has the cable-knit tights to prove it. But she needs a job to pay the rent. (Yes, the musical assumes that an entry-level media gig guarantees financial security. How dear.) So she makes what she perceives as the first of many Faustian bargains — to put her dreams on hold and stick it out for a year.

“My voice can wait,” she tells Miranda. I mean, Joan Didion got her start at Vogue. But sure.

The trouble is, Andy isn’t very good at her job. Certainly she lacks the maniacal perfectionism and bonkers wardrobe of Emily Charlton, the venomous first assistant (Megan Masako Haley, wasted until the second act). For help, she turns to the magazine’s creative director, Nigel Owens (Javier Muñoz), who gives her the makeover she so desperately needs, in “Dress Your Way Up,” a power ballad inspired by the Met’s costume collection and the coffee mug platitude that you should dress for the job you want.

But Andy remains ambivalent about her work. And is a hot pink romper and thigh-high boots really anyone’s idea of office wear? (The costumes, which range from the flamboyant — the chorus — to the unpersuasive and oddly wrinkled — the principals — are by Arianne Phillips.) The musical is ambivalent, too. The film, with its sleeker wardrobe and more substantial visual pleasures, seemed grudgingly admiring of the fashion industry, as commerce, as art. The show, directed by Anna D. Shapiro, a serious-minded artist I would not have associated with glitter or caprice, can’t make up its mind.

The songs unfold pleasantly enough, with flashes of glam and morsels of wit, but they tend to feel last-season. The choreography, by James Alsop, defers to Broadway vernacular, with glimmers of ballroom. Of course there is voguing. Though Kate Wetherhead’s book makes a few updates — there’s a reference to collagen powder — it doesn’t take a point of view. And in a show with a stated aversion to starches, the jokes are deeply corny.

“What should I do?” Andy wails as Miranda approaches.

Javier Muñoz, center, as the creative director of Runway magazine, which is overseen by the imperious editor Miranda Priestly, played by Beth Leavel.Credit…Joan Marcus

At times, I wondered what a writer who takes bigger, more trenchant comic swings — Bess Wohl, say, Jocelyn Bioh, Halley Feiffer — might have done with this material. Would a score that acknowledged the last 40 years of popular music have made a difference? This version takes Jones, a charismatic actress with a lithe, flexible voice, and gives her little to do except stress and dither. (She glows, by the way, no exfoliant needed.) And though magazines like Vogue have finally admitted a lack of diversity, the musical never acknowledges that everyone mistreated by Miranda, who is white, is a person of color.

“The Devil Wears Prada” wants to impart a vision of luxury and style — which explains the makeover scene, the gala scene, the Paris fashion week scene. Christine Jones and Brett Banakis, the set and media designers, have a lot of fun with Paris. But Andy, a woman with no professional bylines, seems to feel that fashion is somehow beneath her. Even when she comes to appreciate couture on a personal level (“Who’s She?”), she never recognizes it as substantive, rejecting the chance to write about it. It remains frivolous, unserious, girl stuff, which gives the musical, despite the presence of so many women on the creative team, a shade of antifeminism.

None of the female characters in the show support one another until nearly the finale. Andy’s two roommates (Christiana Cole and Tiffany Mann) are sketched so thinly I never caught their names. They still make time to judge her. As looks go, it’s not great.

Another nervous day at Runway: Jones, left, Muñoz and Leavel, with members of the ensemble.Credit…Joan Marcus

Which brings us, of course, to the Miranda of it all. In the film, Meryl Streep played Miranda with sleek silver hair and a voice like liquid nitrogen — an ice queen to sink the Titanic. But Leavel is an actress of humor and warmth with a gift, demonstrated in “The Drowsy Chaperone” and “The Prom,” for arch self-parody. Miranda should have her underlings shaking in their Louboutin boots. Here, everyone stands pretty tall.

Has Wetherhead’s book melted Miranda or does Leavel lack the necessary frost? Both, really. The musical gifts her a late confessional, “Stay On Top.” Because if you have a voice like Leavel’s, of course you should showcase it. But Miranda isn’t built for self-reflection. And “Stay On Top” doesn’t offer much anyway.

Curiously, the character the musical represents most fully isn’t uncertain Andy or meanie Miranda, but cucumber-cool Nigel. In addition to “Dress Your Way Up,” the musical’s best number, he also delivers the second act’s “Seen,” a poignant song about how fashion magazines succored him as a gay adolescent. Muñoz, a consummate performer, elevates both.

The musical’s first act closes with its title song, a suggestion that the fashion world is a kind of inferno. “Hell is a runway,” the chorus sings (with a sound mix so muddy that I had to look up the lyrics later), “where the devil wears Prada.” But nothing in the show confirms this. The worst anguish Andy suffers? Her boss calls too often. “The Devil Wears Prada” isn’t as sumptuous as it should be or as bitingly incisive. If it wants a life beyond Chicago, it could use some alterations. 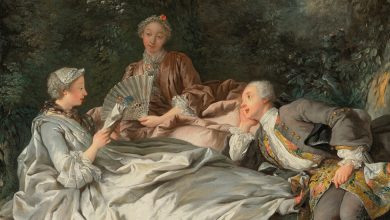 Obsessed by the Present, Who’s Got Time for Old Masters? 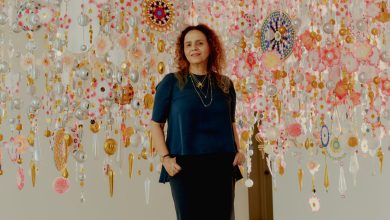 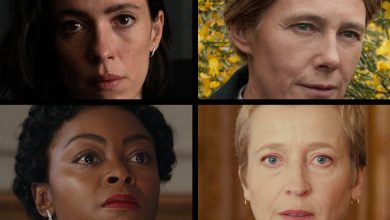 When the Camera Can’t Turn Away, These Women Force Us to Listen 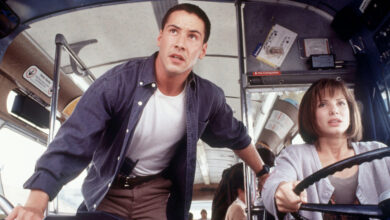