LONDON — Every year in the run-up to Christmas, Richard Marsh wraps presents while watching “Die Hard,” the 1980s action movie in which Bruce Willis, playing the cop John McClane, single-handedly takes down a terrorist group in a Los Angeles tower block on Christmas Eve.

But this year, Marsh said, he might have to give the ritual a miss. Since the end of November, the poet and playwright has been the star of “Yippee Ki Yay,” a one-man retelling of “Die Hard” at the King’s Head Theater in London.

Over 75 minutes, Marsh recreates the film, with the help of just a few props. Speaking mainly in verse, he embodies all the movie’s major characters including McClane and the evil Hans Gruber (Alan Rickman). He has had to rewatch the movie to perfect his accents, he said, and so watching it in his free time might be a little much.

“But who knows,” Marsh said in a recent interview: “I haven’t started wrapping my presents yet.”

“Die Hard” has been a contentious holiday movie ever since it was released in July 1988. Early reviewers focused on its action credentials, and made little reference to the film’s Christmas Eve setting, or McClane’s desire to reunite with his children and partner for the holidays. In 2018, Willis declared that “Die Hard” wasn’t a Christmas movie, it was a “Bruce Willis movie!”

Yet, on both sides of the Atlantic, “Die Hard” regularly appears on polls of the greatest holiday movies. And theater has started to embrace this popularity, too. 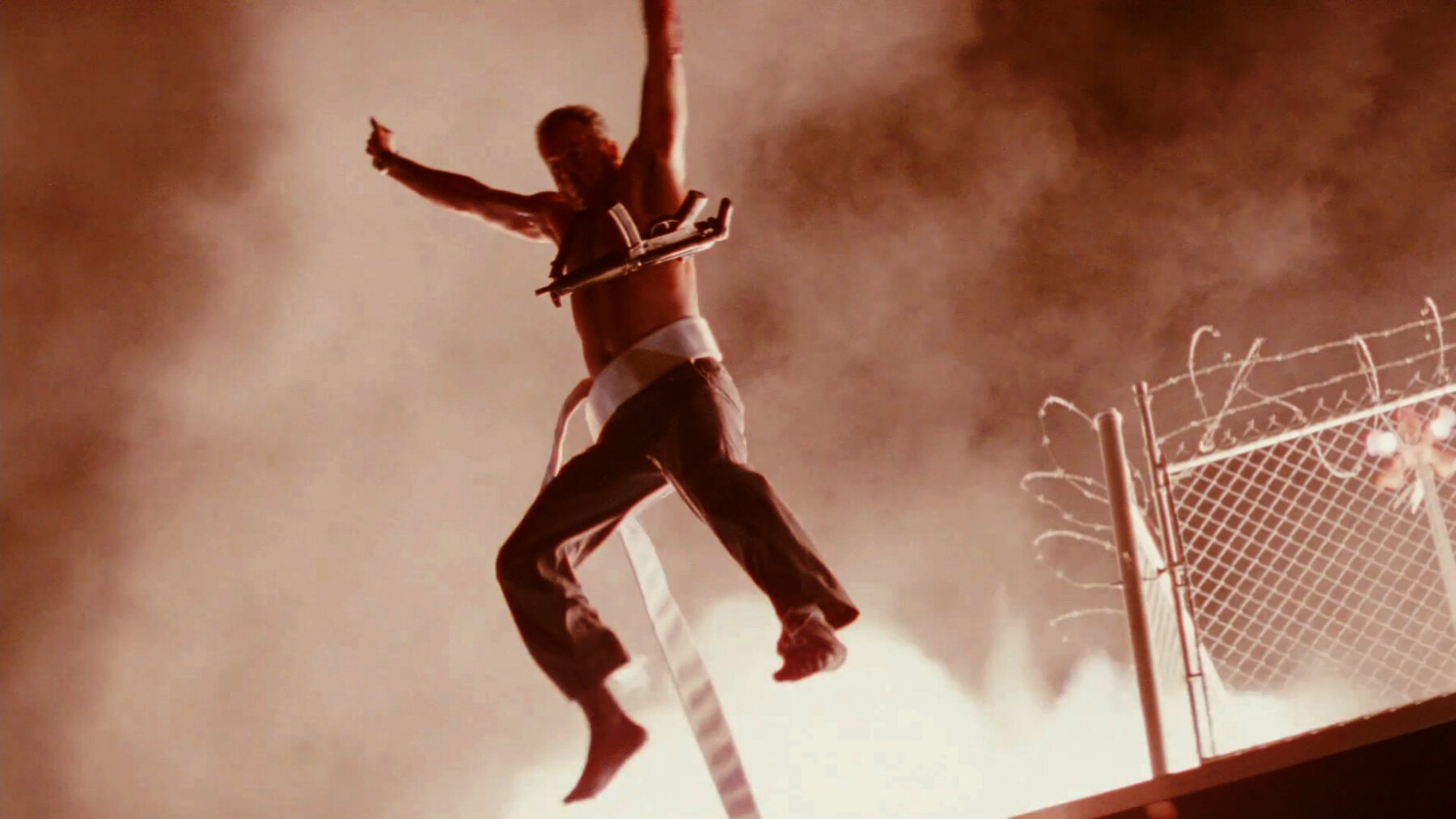 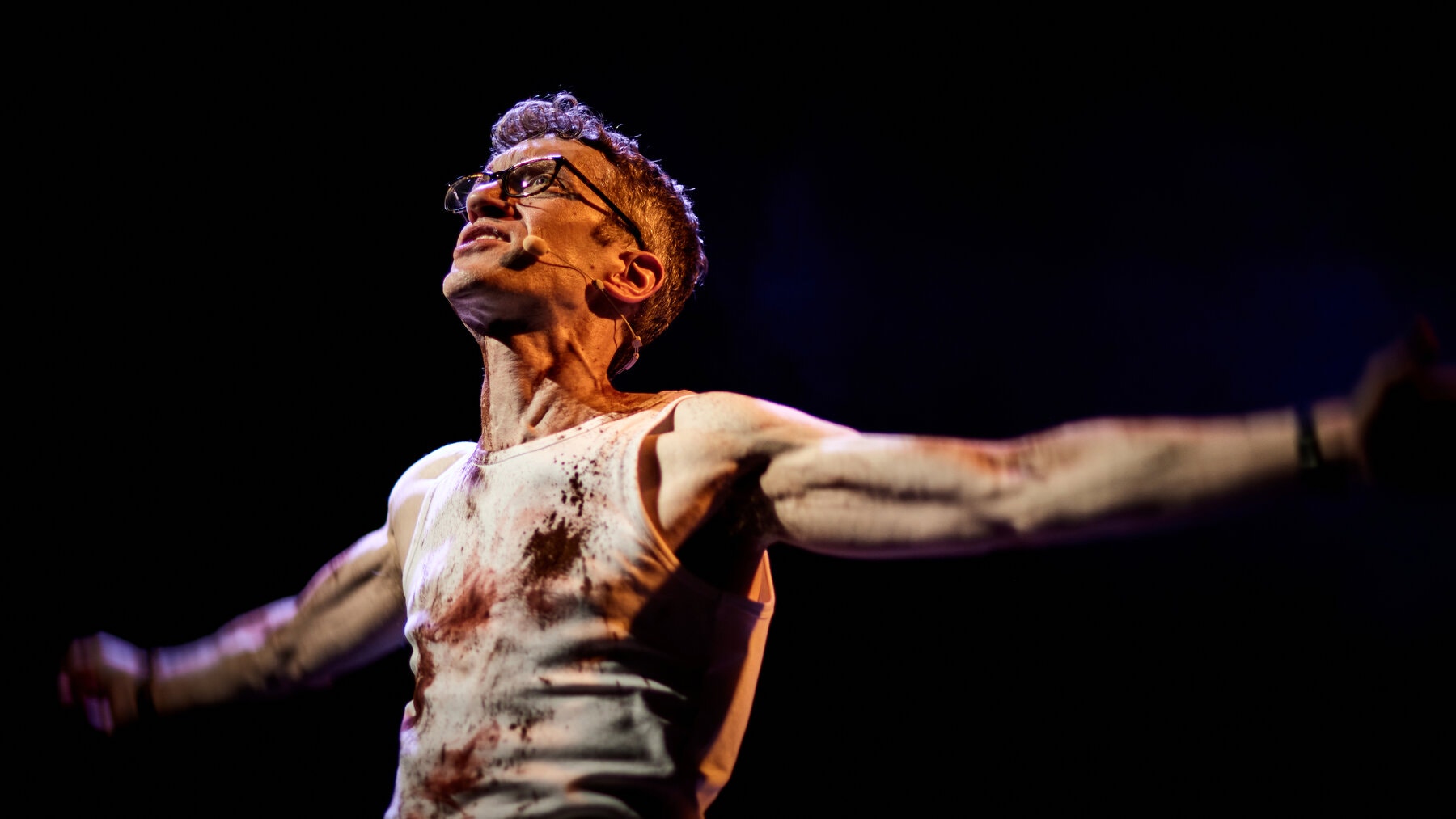 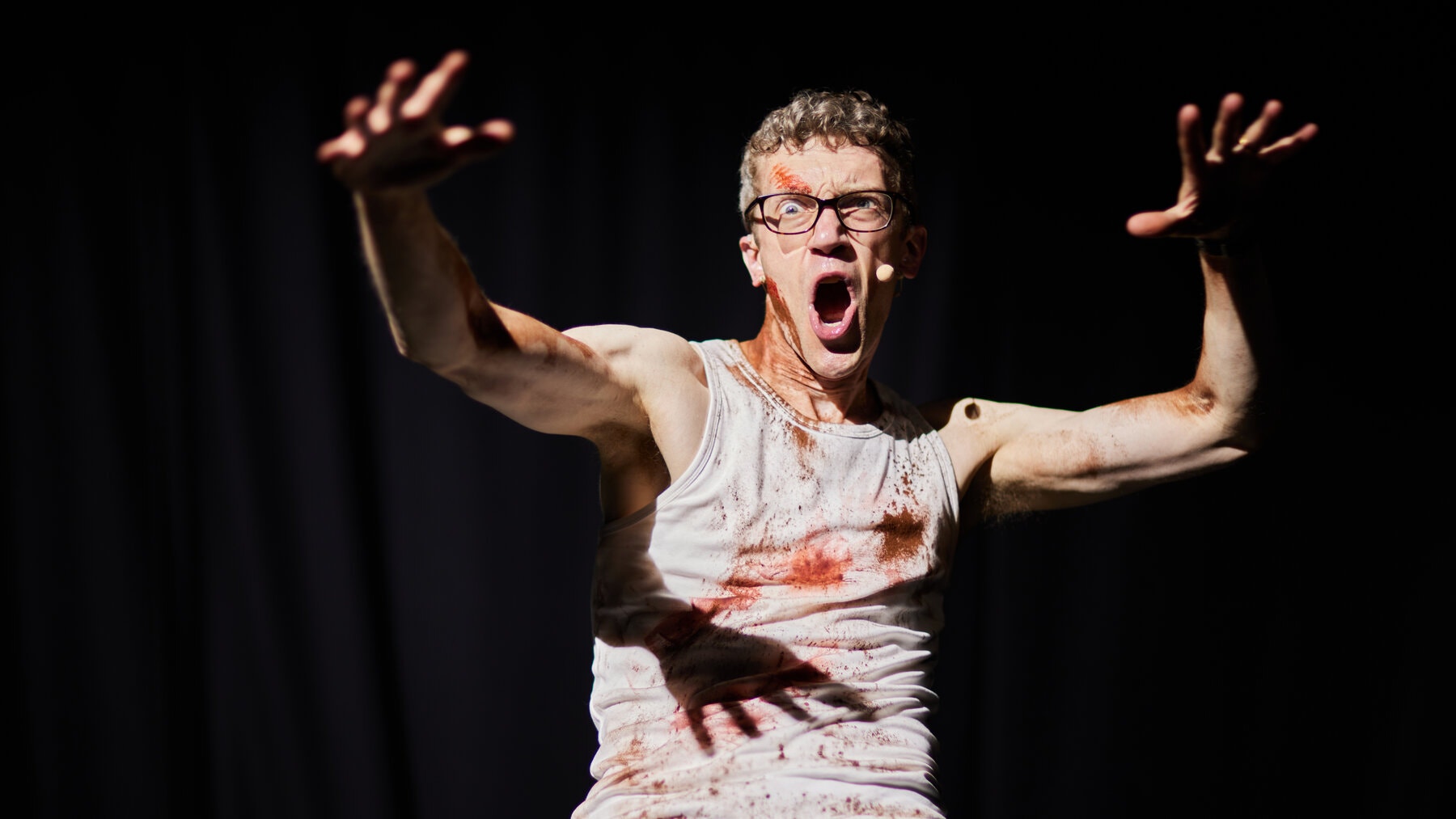 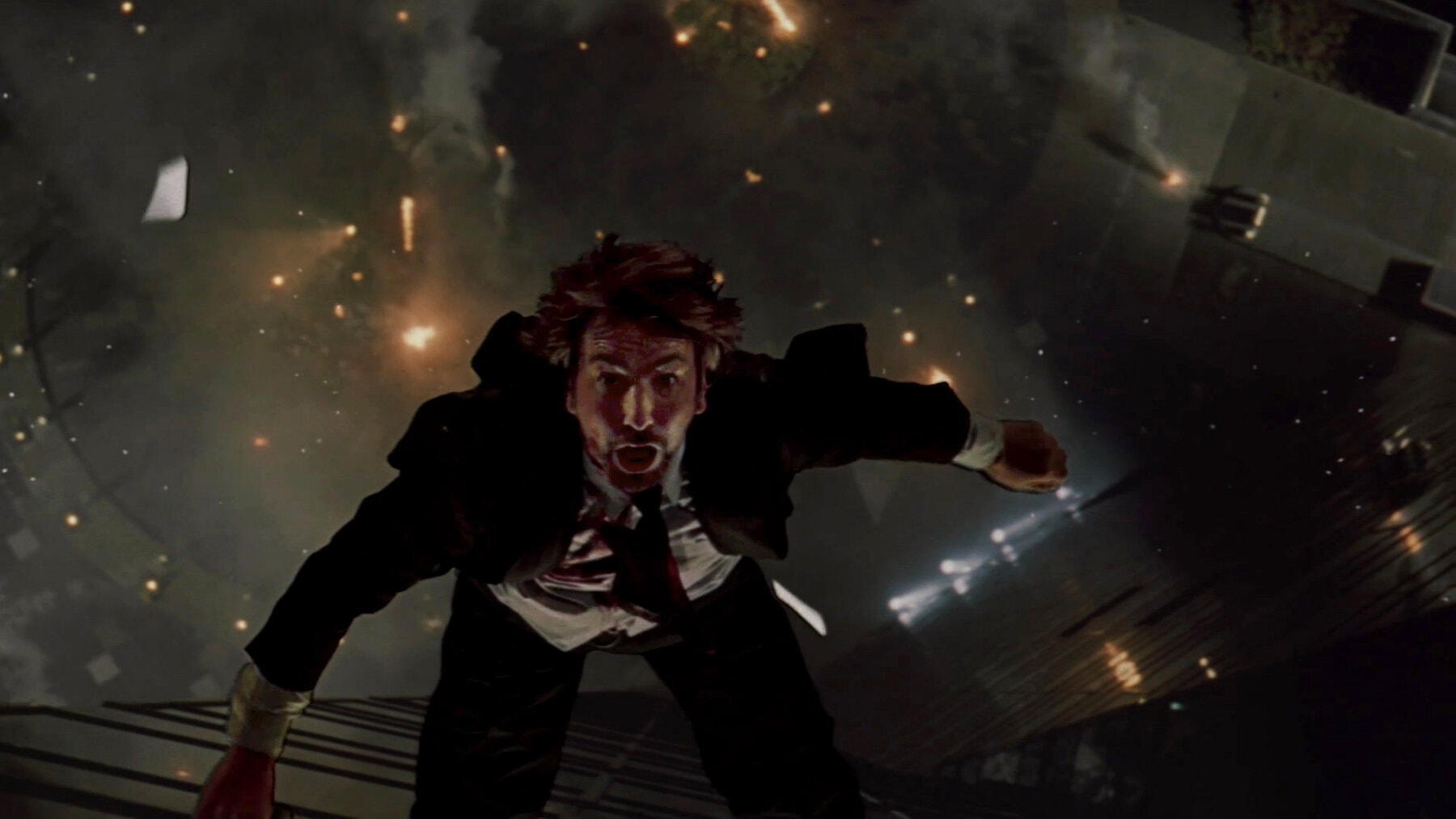 Marsh, 48, is not the first performer to adapt the hit, with “Die Hard” having long been staged as a comedic Christmas musical in Chicago and Minneapolis, and as a comedy in Seattle. Jeff Schell, part of the team behind “A Very Die Hard Christmas,” which ran at the Seattle Public Theater through Dec. 20, said in a telephone interview that he felt these theatrical versions were appearing because people “who remember seeing it in junior high” were getting to an age where they could stage shows.

Michael Shepherd Jordan, who wrote the book for “Yippee Ki-Yay Merry Christmas: A Die Hard Musical Parody,” which debuted in Chicago in 2014, said in a telephone interview that “Die Hard” worked so well onstage because of the absurdity of trying to act out a “big, bloody action movie” with a tiny budget. In his show, a police car that is central to the movie has to be recreated with a remote-controlled toy. Explosions are similarly silly.

That absurdity is fun to watch, Marsh said, but he felt the movie was also relatable in ways that worked well onstage. “Die Hard” is ultimately about a couple, McClane and his wife Holly, arguing under the pressure of Christmas Eve and struggling to apologize to each other, Marsh said. That was a scenario that anyone could identify with, he added, even if “unusually, John and Holly cannot apologize to each other because of terrorist action.”

Over the past decade, Marsh has had several fringe hits in Britain with stories told through poetry, including “Dirty Great Love Story,” written with Katie Bonna, which started at the Edinburgh festivals before heading to the West End. Marsh said he got the idea for “Yippee Ki Yay” — named after one of Willis’s most memorable lines in the movie — so long ago that he couldn’t remember the date. “My plays often start as jokes,” he said, “and the idea of doing ‘Die Hard’ as an epic poem was this delightful contrast.”

Last year, as British theaters were reopening following the coronavirus pandemic, Marsh said the idea popped back into his head. He had been working on a play about grief but decided audiences would prefer to see “something that is joyful and hilarious and warm and enlivening.” Soon, he had written a draft, and then was working with the director Hal Chambers and the movement director Emma Webb to turn the movie’s main scenes into low-budget reality.

“For all the Hans Gruber-ish terrorist action,” Marsh said, “there’s an emotional truth at the center of ‘Die Hard.’”Credit…Tom Jamieson for The New York Times

Onstage, Marsh recreates “Die Hard” often just using sound effects and the audience’s imagination. Early on, he stages a fight with a teddy bear that is meant to be a gun-toting terrorist. Afterward, he dabs himself with fake blood to give the impression of injuries. Later, Marsh, using a stool, recreates a scene in which McClane throws a chair loaded with explosives down an elevator shaft. He then covers himself with cocoa powder to look like soot.

The only thing Marsh doesn’t do is take off his shoes. Early in the movie, Willis removes his own and is left to chase terrorists barefoot, cutting his feet on broken glass. In the play, Marsh tells his audience there’s a simple reason he’ll be keeping his on: “Have you seen this floor?” he says.

The experience of developing “Yippee Ki Yay” — which is running in London until Dec. 30 before going on a British tour — wasn’t entirely easy, Marsh said. After he performed its first preview, a friend said the show was really funny but didn’t have much emotional impact.

“It was a brutal note, but extremely useful,” Marsh said. Afterward, he changed the play so it didn’t just tell the story of “Die Hard,” but also interlaced it with the tale of a romance between two “Die Hard” fanatics who meet on an internet forum.

That emotional arc has won praise from reviewers. Dominic Maxwell, writing in The Times of London, said that it was “one thing” to have the idea of turning “Die Hard” into an epic poem. “It’s quite another to deliver on it with this level of panache, wit, insight and — unexpectedly — tenderness,” he wrote.

Marsh said the final play drew out what “Die Hard” meant to him today. When he first watched it as a teenager, he simply enjoyed it as a full-throttle action film in which a wisecracking hero overcomes preposterous odds to beat up bad guys, Marsh said. “But it’s different watching it now. I’m a dad, I’m in midlife.”

Today, he sees the movie as much about how children can be a “colossal hand grenade” in any relationship, he said, and how families try to connect — a message at the heart of most successful Christmas movies including “Home Alone” and “It’s a Wonderful Life.”

“For all the Hans Gruber-ish terrorist action,” Marsh said, “there’s an emotional truth at the center of ‘Die Hard.’”

That, he added, “is probably the reason why it’s lasted as long as it has.”

Tags
Christmas Marsh That Was With 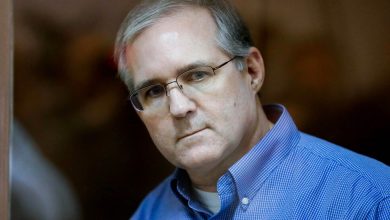 Concern grows about Paul Whelan, an American imprisoned in Russia. 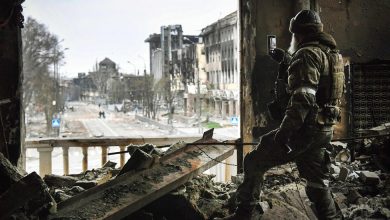 For Russian Troops, Cellphone Use Is a Persistent, Lethal Danger 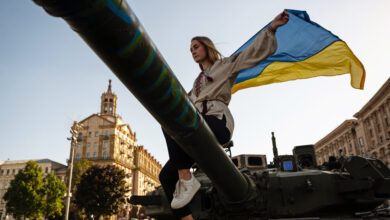 With Military Attacks and Mockery, Ukraine Pokes the Russian Bear 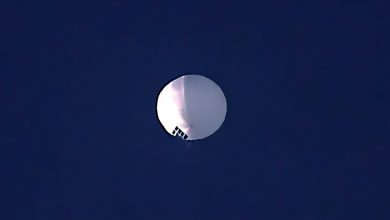 A Giant Balloon Floats Into Town, and It’s All Anyone Can Talk About