ROME — On the afternoon of Christmas Eve, as Pope Francis rested in the quarters of his humble residence before an evening Mass, gendarmes closed offto visitors the winding walking paths that cross the Vatican gardens in case Pope Emeritus Benedict XVI, frail as he was, walked out of his monastery to pray.

In the near decade since Benedict stunned the Roman Catholic Church and the world by becoming the first pontiff in nearly 600 years to retire, an awkward and captivating arrangement pervaded the church. Two popes, past and present, traditionalist and reformist, both cloaked in white robes and invested with moral authority, coexisted on the same miniscule grounds.

That oddness, unprecedented in the modern era of the church, persisted after the death of Benedict on Saturday morning, as the church again found itself in rare territory, with a living pope set to preside over the funeral of his predecessor

The funeral of Benedict XVI will be held on the morning of Jan. 5 and will be “presided over by Pope Francis, evidently,” said Matteo Bruni, the Vatican spokesman, who delivered what he called the “sad news” of the death in a short statement on Saturday morning that made sure to refer to Benedict without fail as “pope emeritus” — in both Italian and English — to avoid any confusion. He declined to answer questions. “I don’t think now is the time for questions to leave us time for some sadness in our heart.”

The timing was also inopportune because no one was quite sure what exactly would happen and what the first funeral for a pope emeritus would look like.

“The question is complicated,” said Agostino Paravicini Bagliani, a historian of the papacy.

Those complications were immediately inescapable. Mr. Bruni said the funeral would be “simple,” and “solemn but sober,” in keeping with Benedict’s wishes. But Benedict, having retained his title of pontiff, if an emeritus one, was no simple cardinal, and it was not clear if he would receive the full procedural pomp and circumstance for a pontiff who died in office, among other things.

Two official delegations will be present, those of Germany and Italy. But would other nations send representatives? Benedict’s Fisherman’s Ring — the seal used for papal documents — was already destroyed, so it wouldn’t need to be. But would his study and bedroom be closed off?

When a pope dies, cardinals come from around the world to gather to mourn, but also to vote in the conclave that elects his successor. “Clearly that’s not an issue in this case,” Mr. Paravicini Bagliani said, adding that the cardinals who did come would do so solely “as mourners.”

The Vatican said Benedict’s body will be displayed to the faithful for a final “farewell” in St. Peter’s Basilica on Monday morning. Until then, his remains would stay at Mater Ecclesiae Monastery, where he lived during his nearly 10-year post-papacy.

All the decisions, according to The Seismograph, a website deeply sourced in the Vatican, belonged to Francis alone.

“At this moment, my thought naturally goes to dear Pope Emeritus Benedict XVI who left us this morning,” Francis said during a church service in St. Peter’s on Saturday. “We are moved as we recall him as such a noble person, so kind. And we feel such gratitude in our hearts: gratitude to God for having given him to the Church and to the world; gratitude to him for all the good he accomplished, and above all, for his witness of faith and prayer, especially in these last years of his recollected life.”

Francis’ forbearers in the medieval era took a less than gracious approach toward their resigned predecessors.

When Celestine V resigned in 1294 to live like a monk, his successor, Pope Boniface VIII, in part fearing a rival claim, threw him in jail and deprived him a pope’s funeral when he died in 1296. When Gregory XII stepped down from the throne in 1415, the last pope to resign before Benedict, he reverted to being a cardinal and he received the funeral rites reserved for a cardinal when he died two years later. In 1802, Pius VII presided over the funeral of his predecessor, Pius VI, whose body returned to the Vatican after he died in 1799 in exile.

The uncertainty surrounding the rituals honoring Benedict in death stemmed from the decision that generated the confusion in the last years of his life. After Benedict resigned, he promised to be “hidden from the world,” an oath he mostly kept. But to the dismay of many, he took the title of Pope Emeritus, keeping his white robes and a following of ideological conservatives who tried to make him into an alternative power center.

“Celestine V took down his robe before an audience to send a message,” Marco Politi, a veteran Vatican analyst, said. He added that Benedict had himself intended to become “Brother Benedict” and live as a monk, but his partisans convinced him to take the title of emeritus, which is more common in the Eastern Churches. “Benedict still wore similar clothes even in public pictures and this created misunderstanding and confusion.”

He also sometimes undercut Francis. In a 2019 essay, he — or the aides writing in his name — asserted that sex abuse was a symptom of the sexual revolution of the 1960s, secularization and an erosion of morality that he pinned on liberal theology. That undercut Francis’s view that it resulted from an unhealthy abuse of power by clerics who held themselves above their flock.

And as Francis appeared to be mulling whether to lift the restriction on married priests in remote areas, as had been proposed by his bishops, Benedict firmly defended the church’s teachings on priestly celibacy in a 2020 book. Francis ended up rejecting the proposal, a decision welcomed by conservatives.

That strange duality, which inspired the film “The Two Popes” and captured the public imagination, has become the new abnormal in the Vatican for nearly a decade. As Francis has faced his own health setbacks, some wondered whether the emeritus pope would survive the acting one. If Francis suddenly retired, would there be three popes in the Vatican?

For his part, Francis, who as pope also serves as the bishop of Rome, has repeatedly left the option of retirement on the table. But he has suggested he would avoid confusion by taking the title of emeritus bishop of Rome “rather than pope emeritus” and spend his last days hearing confessions and visiting the sick.

The confusion of the multipope years still cast a shadow over some of the faithful who made their way to St. Peter’s Square on Saturday.

“I still have not really understood how this will work,” said Chiara Darida, 73, a retired schoolteacher as she faced the basilica. She wasn’t sure if all the city’s bells would peal, and if heads of state and armies of pilgrims would rush into Rome.

“It’s a new situation, it never happened before,” she said, adding “there is some confusion.”

Inside St. Peter’s Basilica at The Vatican on Saturday.Credit…Andrew Medichini/Associated Press

Sister Priscila Danieli Da Silva, a student of choir direction in sacred music who waited to get into St. Peter’s Basilica, found it thrilling.

“A pope who celebrates the funeral of another pope!” she said, adding that the event marked an example of how in a changing world, the church was also changing. “It’s a total novelty.”

By presiding over the funeral, Francis is not only honoring Benedict but taking for himself a key speaking platform. A papal funeral is usually celebrated by the dean of the College of Cardinals. Benedict, then Cardinal Joseph Ratzinger, held that role in 2005 and used it at the funeral of John Paul II to deliver a powerful and defining speech in defense of church traditions that swayed many cardinals to elect him as pope.

Ultimately, Benedict’s legacy was his stunning resignation, in a seemingly offhand remark made while speaking Latin at a regular meeting with cardinals. It broke with his beloved church tradition, palpable in the lace of his clothes and the Latin of his liturgy, and set a modern precedent.

It also set the stage for nine surreal years of papal coexistence that some are already missing.

“We had two of them and it was an extra richness,” said Maria Teresa Walis, 31, a lawyer who was lining up to enter the basilica to mourn Benedict. “It is the end of an era.”

Reporting was contributed by Elisabetta Povoledo and Emma Bubola in Rome, and Gaia Pianigiani in Siena.

Tags
Benedict Francis Pope That Who 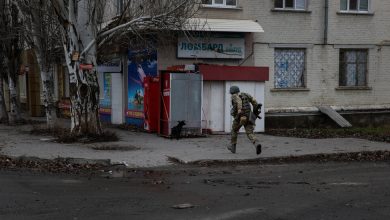 The Ukrainian leader sought to convey the reality of the war to Washington. 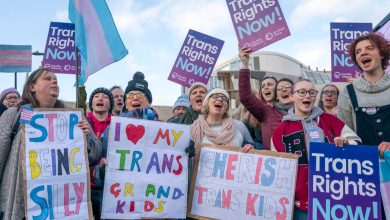 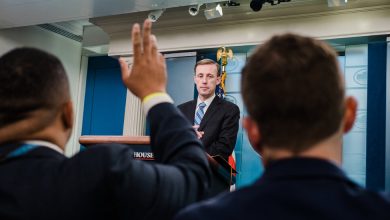 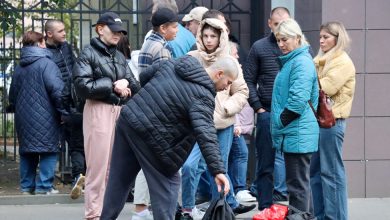 Russia’s draft is drawing criticism from far-flung regions and even pro-war hawks.