KYIV, Ukraine — Russia’s war against Ukraine has permeated even the seemingly sedate world of chess, where a Ukrainian grandmaster is bidding to unseat the powerful Russian president of the International Chess Federation.

Representatives of 195 member states are scheduled to vote Sunday at a conference in Chennai, India, for president of the federation, the chess world’s governing body, which regulates all international championships, determines player rankings and decides where global and continental championships will be held. The current president, Arkady V. Dvorkovich, a former deputy prime minister of Russia, is facing three challengers, including Andrii Baryshpolets, a 31-year-old Ukrainian grandmaster living in California.

His bid is an illustration of the attempt by many Ukrainians to untangle their country’s deep ties with Russia, as well as to challenge Moscow’s global influence, after the invasion of Ukraine in February.

“Definitely, the war was an impetus for me to fight for changes in FIDE,” Mr. Baryshpolets said, using the French acronym by which the chess federation is commonly known.

“It is a very untransparent structure, and it has been highly dependent on Russian money and Russian sponsors,” said Mr. Baryshpolets, an economist who emigrated to the United States in 2016. He said the Russian government was still using the chess federation to project Russian influence on the cultural front.

President Vladimir V. Putin of Russia shook hands with Deputy Prime Minister Arkady Dvorkovich, who is currently the president of the International Chess Federation, in Moscow in 2018.Credit…Pool photo by Alexander Zemlianichenko

Mr. Baryshpolets pointed out that in 2020, the last year for which financial statements are available, Russian state and private companies provided more than 90 percent of all donations to FIDE, contributing more than 45 percent of the organization’s budget.

Chess has traditionally been intertwined with the Russian state and a projection of its global power — a legacy of Soviet domination of the sport that it funded and nurtured. From the establishment of the International Chess Federation’s first world championship in 1948, to 1991, when the Soviet Union collapsed, Soviet players won every championship but one.

Mr. Dvorkovich, 50, was elected president four years ago, replacing the eccentric Russian millionaire Kirsan N. Ilyumzhinov, whose scandal-ridden two-decade reign ended with his suspension by the federation’s ethics commission in 2018.

Mr. Dvorkovich has been saying that his close relationship with the Kremlin and President Vladimir V. Putin of Russia is in the past.

In an interview, Mr. Dvorkovich said that he “understands the reputational risks” emanating from his previous affiliation with the Russian state. He described himself as “between the two fires,” being criticized both in Russia for refusing to openly support the war and abroad for his links with the Kremlin.

In an online debate with other candidates for the organization’s presidency in July, he described himself as “far from the Kremlin,” and pledged to resign if he was ever placed under sanctions by the West. That same month, the head of Russia’s chess federation referred to Mr. Dvorkovich as “our candidate” and predicted he would win easily.

Two men testing their chess skills at a park in the center of Ukraine’s capital, Kyiv, in July. Credit…Emile Ducke for The New York Times

Under Mr. Dvorkovich’s leadership, the federation has condemned the Russian invasion of Ukraine and cut important sponsorship ties with Russian-controlled companies. After the invasion, Russian players were able to compete in official international tournaments only under another country’s flag or the neutral FIDE flag.

Mr. Dvorkovich, though, has echoed the Kremlin’s false claims that it is fighting fascism in Ukraine.

At the same time, he is generally well regarded for his leadership of FIDE, and he remains popular among both chess powers like India and the dozens of small national federations that rely on grants from a special FIDE development fund to operate.

“Compared to four years ago, FIDE today is completely different,” said Milan Dinic, the editor of British Chess Magazine, referring to changes he said Mr. Dvorkovich had made. “It is respected much more both inside and outside of the chess world, and its finances have improved and become more transparent,” he added, while acknowledging that the organization still needed more change.

Al Lawrence, managing director of the U.S. Chess Trust, a charity that provides chess scholarships to children and veterans, said that despite systems set in place to strengthen institutional processes so that decision-making did not fall on one leader, the FIDE president still had considerable influence over essential issues.

A chess board on a table in a park in the center of Kyiv. A Ukrainian man living in California wants to lead the International Chess Federation.Credit…Emile Ducke for The New York Times

“Who is president matters a great deal,” said Mr. Lawrence, a former director of the United States Chess Federation, who was speaking in a personal capacity. “Frankly, right now the federation is very closely allied to Russian influences.”

That influence could serve broader Russian interests almost immediately. A day after the presidential election, the chess federation is expected to take up a proposal to lift the ban on Russian teams in major championships. Chess, like most of the world’s sports, imposed a ban on Russian teams after Russia’s invasion of Ukraine.

“We would like our national team to return to the big stage,” Andrei Filatov, the head of the Russian Chess Federation, said in July.

In Mr. Baryshpolets’s hometown, Kyiv, on a recent Saturday, chess players gathered in Shevchenko Park, laying out plastic chess pieces on stone tables while they waited for partners.

Like the federation contender, almost all of them learned to play as young children.

“For us it’s not so important as chess players, but as citizens of Ukraine we would like a Ukrainian to be the chief of the federation,” said Vadim Weisberger, 63, a businessman who was one of the players.

Others said they left the war behind when they sat down at the chess board.

“This is the civilized world of chess,” said Serhiy Maiboroda, a retired police investigator. “Here we speak about chess; politics we discuss in different places.”

Mr. Baryshpolets learned to play chess when he was 6, and he was competing in tournaments by the time he was 8. Speaking from his home in Los Angeles, he said his campaign platform included pushing for transparency in how tournament locations, many of them in Russia, are awarded.

“A big concern that federations also see is that it is not transparent and not clear what happens inside of this black box, why some of the decisions were made as they are,” he said. “There is little communication and explanation to the federations and the chess world.”

Chess has traditionally been intertwined with the Russian state and a projection of its global power — a legacy of Soviet domination of the sport that it funded and nurtured. Credit…Emile Ducke for The New York Times

Mr. Baryshpolets has run a low-key campaign, meeting with delegates in Chennai and taking a regular shuttle to the venue. Each national federation has a single vote in the secret ballot to elect the president, an unpaid position.

One country that will not support him, it seems, is Ukraine: Its federation has endorsed a different candidate. India, meanwhile, appears to have aligned itself behind Mr. Dvorkovich, both in the person of Viswanathan Anand, a former world champion running on the Russian’s ticket, and in its gratitude for Mr. Dvorkovich’s help in landing the relocated Chess Olympiad, a major event with 3,000 players and hundreds of delegates, to Chennai.

The United States Chess Federation said in a statement from its executive director, Carol Meyer, that it had not decided which ticket to back and that it would wait to hear from its delegation after it met all the candidates in Chennai. The American team has two players from Ukraine; one of them, Anna Zatonskikh, who is a native of Mariupol, said that “it is wrong to have a Russian as head of FIDE.”

Chess analysts said that with three people challenging Mr. Dvorkovich, it was possible they would split the opposition vote, lessening the chances of defeating him. Others noted that a secret ballot gave voters room to support Mr. Dvorkovich even if their countries oppose the war in Ukraine, and Russia more generally.

“Whatever is going on is going on behind the scenes,” said Peter Tamburro Jr., senior editor of American Chess Magazine.

“I wonder, are we going to have an election that is heavily influenced by the infusion of money into various places,” he added, noting that many of the federation’s member states are smaller and less wealthy countries.

Lev Alburt, a former Ukrainian chess champion who defected to the United States in 1979 while playing for the Soviet Union, said that while the war meant the chess world was losing the support of major Russian donors, he believed it could be made up by other emerging chess countries with deep pockets.

“In the Arab world, for instance,” he said, “the United Arab Emirates is a big sponsor of chess, and the Saudis are becoming big supporters.”

Mr. Alburt said he saw the challenge to global chess as only a small part of the fallout of the war between Ukraine and Russia.

“The world in general is likely to become frozen, like a new Cold War,” he said. “And in such a situation it would be difficult to keep the chess world together.” 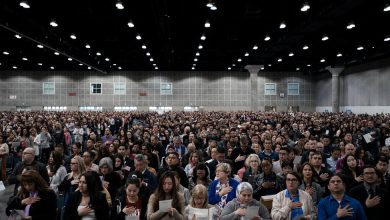 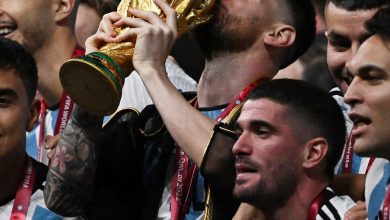 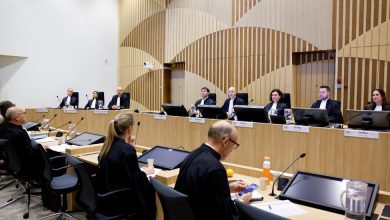 The jet’s downing has increased significance amid the war.