The pace of population growth picked up in the United States this year, driven primarily by immigration, but it remains near historically low levels, according to new estimates released on Thursday by the U.S. Census Bureau.

The population as of July 1 stood at 333.3 million, up about 0.4 percent compared with 12 months earlier, the biggest single-year increase since 2019 but still one of the slowest growth rates in the nation’s history.

The nation grew by less than 0.2 percent in 2021, which was the lowest one-year increase on record.

The overall population gain was 1.26 million, of which immigration accounted for one million. That level of immigration has not been seen since Donald J. Trump was elected president.

The rest of the gain was attributed to “natural” change, the surplus of births compared with deaths. While the coronavirus pandemic continued to push the death rate above normal levels, the number of total deaths was up only slightly compared with 2021, while the number of births grew by 106,000 — the first increase in that category since 2015 and the largest since 2007.

Still, when it comes to total population growth, “I wouldn’t call it a real return to normal,” said William H. Frey, a demographer at the Brookings Institution. With the nation’s population aging and the birthrate far from robust, “immigration is going to be a key aspect for our future growth,” he noted.

Work-from-home arrangements have made it easier for some Americans — particularly highly educated women — to balance career and family, but it is not yet clear if that will lead to a long-term increase in birthrates, said Caitlin Knowles Myers, an economist at Middlebury College and expert on fertility.

“The question is what happens next year,” she said. “Is it a return to prepandemic trends or is there some sort of structural change?”

The new data, which included estimates for each state, showed that Americans continued a longstanding pattern of leaving the North and Midwest for the South and West.

Texas gained 471,000 residents to lead the nation in population growth, followed by Florida (417,000), North Carolina (133,000) and Georgia (125,000). While Florida experienced the highest percentage change, a 1.9 percent growth, smaller states like Idaho (1.8 percent) and South Carolina (1.7 percent) ranked among the leaders in growth.

New York, which lost 180,000 residents, California (114,000) and Illinois (104,000) were the states losing the most people. These states have generally depended on immigration for growth, but the increase in new foreign-born residents this year was not enough to offset the number of residents leaving for other regions.

Growth in the nation was heavily concentrated. Texas and Florida, which comprise 16 percent of the nation’s population, accounted for 71 percent of the population growth last year, as those states led the country in attracting both immigrants and residents from other states.

California gained the most people through immigration, but also lost the most residents moving to other states.

The regional patterns playing out in 2022 are in many ways a continuation of long-term national trends. Since 1990, the population has grown by nearly 50 percent in the American South and West, but is up by just 12 percent in the Northeast and 15 percent in the Midwest.

The pandemic has helped push along a shift in the way population changes play out.

Until recently, natural change — births minus deaths — had always been the primary driver of growth in the United States. But even before the pandemic hit, the aging nation was already experiencing a decline in fertility and increase in deaths.

In 24 states, the number of deaths exceeded births, a “staggeringly high” number, according to Kenneth Johnson, a sociologist at the University of New Hampshire. “This is highly unusual historically,” he added, noting that before the pandemic, it was typical for only one or two states to demonstrate such a trend each year.

Tags
Nation Residents That Was Year 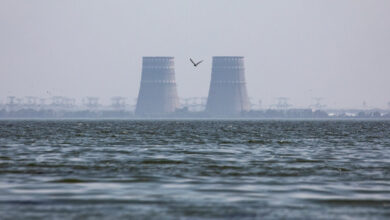 Shelling near a Ukrainian nuclear plant has hit the fire station it uses for emergencies, officials say. 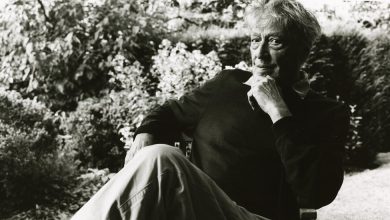 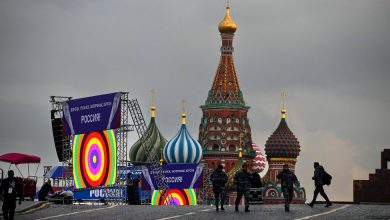 With Annexation Plans, Putin Escalates Battle of Wills With the West 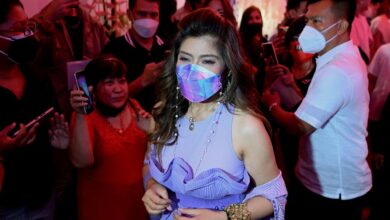 What Martial Law? Marcoses Get Star Treatment in New Film.