Former Prime Minister Imran Khan appeared in court in the Pakistani capital on Thursday after being charged under the country’s antiterrorism act, the latest step in an intensifying crackdown on Mr. Khan and his allies since he was removed from office in April.

The hearing was his first court appearance since being charged on Sunday, after giving a speech in which he threatened legal action against police officers and a judge involved in the recent arrest of one of his top aides.

The charges were seen as an escalation of the monthslong clash between Pakistan’s current government, led by Prime Minister Shehbaz Sharif, and its former leader, who has made a stunning political comeback in recent months.

As Mr. Khan appeared in the antiterrorism court in Islamabad on Thursday to submit his bail bond, many in Pakistan were worried that violence could break out. A day earlier, Interior Minister Rana Sanaullah had warned that if the court rejected Mr. Khan’s bail plea, the government would arrest him — a move that his supporters say would cross a “red line.”

His court appearance was the latest twist in the former leader’s political second act since falling out with the country’s powerful military and being removed from office in a no-confidence vote.

In recent months, Mr. Khan has drawn tens of thousands to his rallies, where he has doubled down on accusations that the United States and the country’s powerful military conspired to topple his government. His speeches have also tapped into Pakistanis’ growing frustration with the country’s economic downturn, which the current government has struggled to address.

His message has resonated widely, and his party, Pakistan Tehreek-e-Insaf, has won seats in provincial elections in two crucial regions.

“I would say there is a soft revolution taking place in Pakistan,” Mr. Khan said in an hourlong interview with New York Times journalists on Wednesday. “I never thought in my life I would see this sort of thing happening in the country — people sort of spontaneously coming out without being led out by political parties.”

But his growing popularity has also prompted a clampdown on Mr. Khan’s supporters and allies, in what is widely considered a coordinated campaign by the authorities to force him out of politics.

Shahbaz Gill, center in blue shirt, an aide to Mr. Khan, at a court appearance on Monday. Mr. Khan has accused the authorities of torturing Mr. Gill, a claim the government has denied.Credit…Associated Press

Journalists considered “pro-Khan” have been harassed, intimidated and arrested by the authorities, he said. A top aide to Mr. Khan, Shahbaz Gill, was imprisoned after making anti-military remarks, and the television channel that broadcast them was forced off the air. Mr. Khan has accused the authorities of torturing Mr. Gill, who remains in custody. Government officials have denied the claim.

In the interview on Wednesday, Mr. Khan went to lengths not to directly condemn the country’s powerful military, which has long served as the true power broker in Pakistani politics.

But in toeing a careful line, Mr. Khan suggested the military establishment had played a role in the current crackdown, claiming that some officials involved in detaining Mr. Gill had said they were being “pushed from behind” — a common phrase in Pakistan referring to coming under military pressure.

The Pakistani military has denied accusations that it has played any role in the recent clampdown, insisting the institution has adopted a “neutral” stance amid the political uncertainty. Military officials have also emphasized that the military is not involved with police cases and civilian courts.

Mr. Khan’s lawyers claim that the case against him is little more than a sham. The Islamabad police charged Mr. Khan under a section of the country’s antiterrorism laws, and a police report stated that he had “terrorized and threatened top police officials and a respected female additional sessions judge” during the speech.

“We won’t spare you,” Mr. Khan had said, addressing the officials.

Mr. Khan has called for fresh elections. And he has repeatedly insisted that he hopes the country can avoid violent unrest even as political tensions build.

“One thing I don’t want is violence,” he said. “That would not suit us; that would suit the guys who have been put in power, because the last thing they want are elections. For us, any violence or disruption would mean there won’t be an election.”

But given widespread frustration over the economic crisis and a political scene that has been dominated for decades by often-corrupt family dynasties, many fear that any street action over Mr. Khan’s fate could easily spill into violent unrest.

“There’s been this ratcheting up of the rhetoric, the instigation,” said Adil Najam, a professor at Boston University’s Frederick S. Pardee School of Global Studies and an expert on Pakistani politics. “I cannot imagine a world where his arrest — if it happens — will go down quietly.” 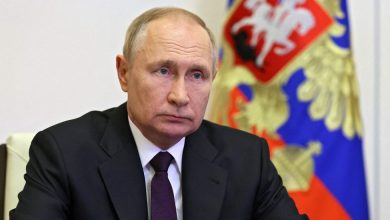 Analysis: A Cornered Putin Is More Dangerous Than Ever 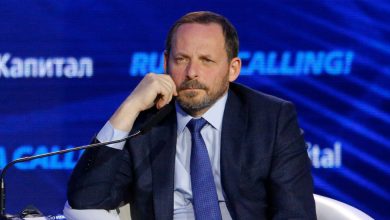 Squatters can stay at a Russian oligarch’s Amsterdam mansion, a Dutch court rules. 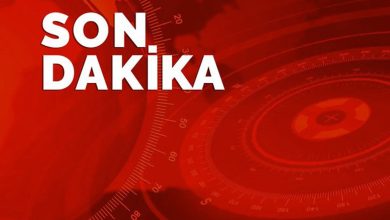 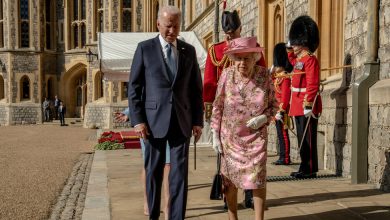 The guest list for the queen’s funeral will include presidents and an emperor.