Mikhail S. Gorbachev, lionized in the West, idolized by protesting Chinese students in Tiananmen Square but despised by many Russians for what they saw as his destroying their country, had fallen far from grace and could barely contain his fury when I first met him in 1992, soon after arriving in Moscow as a correspondent.

His successor in the Kremlin, Boris N. Yeltsin, had just confiscated Mr. Gorbachev’s limousine and evicted his research foundation from its Moscow offices in a fit of vengeful spite — indignities that challenged not only his amour propre but also his lofty and well-deserved self-image as a leader who had changed the world.

President Yeltsin, Mr. Gorbachev fumed, referring to himself in the third person as he often did, had embarked on a petty and fruitless mission to “put Gorbachev in his place.” That, he insisted, would never happen.

Mr. Gorbachev’s tragedy, however, is that it did.

In the more than three decades since he resigned as president of the Soviet Union on Dec. 25, 1991 — minutes before his country ceased to exist — he and his work have all been put in their place.

The next time I saw Mr. Gorbachev was nearly a decade later at a dinner party hosted by a Russian banker at a grand villa in a forest outside Paris. He was seated next to Fanny Ardant, a French actress whose films he seemed to know well and whose gushing admiration briefly lifted his otherwise glum mood.

An obscure former K.G.B. spy named Vladimir V. Putin had just taken power in Moscow, and Mr. Gorbachev, against whom the K.G.B. had staged a failed coup in August 1991, had few fans left, at least at home in Russia, and was again in a sour mood.

By the time his death was announced on Tuesday, the hopes, liberties and chaos he had bestowed on Russia during his six years in power, from 1985 to 1991, through his signature policies of “glasnost” and “perestroika” had all been vanquished, first by popular revulsion at the turmoil of the 1990s and then by the 22-year rule of Mr. Putin, who came to power on the eve of the new millennium vowing to “restore order.”

The cacophonous news scene created during Mr. Gorbachev’s tenure has vanished, replaced by the monotonous din of Kremlin-scripted propaganda. Competitive elections, introduced by Mr. Gorbachev to prod a sclerotic Soviet bureaucracy into serving interests other than its own, have again become empty rituals choreographed by the Kremlin. Mr. Gorbachev’s vision of a “common European home” stretching from Vladivostok to Lisbon has been replaced by a Russia increasingly isolated from the rest of Europe as it pursues a vicious war of aggression against Ukraine, its neighbor.

When Mr. Gorbachev visited Beijing in May 1989, student protesters in Tiananmen Square hailed the Soviet leader as a hero, parading through the streets of Beijing with banners asking, “Where is China’s Gorbachev?” His work in Moscow, they believed, offered hope for the idea that autocracy could mellow and refrain from violence.

That all ended less than a month later with the Tiananmen massacre of June 4.

Mr. Gorbachev, who had mostly avoided violence in dealing with protests in the Soviet Union, never publicly condemned or even questioned the Chinese Communist Party’s decision to call in the military.

But, as China’s economy took off and Russia’s sank into a deep hole, the lesson, for many Chinese and also Russians, including Mr. Putin, was a message enshrined in the most enduring of Chinese political slogans: “Stability Is Everything.” 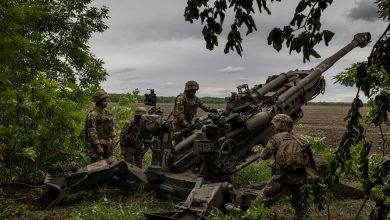 U.S. and NATO Scramble to Arm Ukraine and Refill Their Own Arsenals 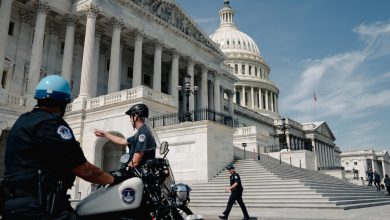 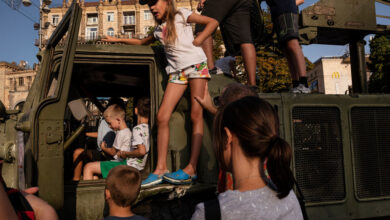 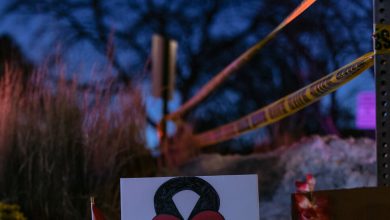 Shooting Makes Colorado Springs Ponder Its Past and Present