In the weeks after Russia invaded Ukraine, German lawmakers cautiously proposed ways to cut their country’s ties to Russian natural gas. The heads of some of Germany’s leading industrial companies, long reliant on Russian gas, wanted no part of it.

Martin Brudermüller, chief executive of the chemical maker BASF, one of Germany’s biggest corporations, warned in April that a cutoff of Russian energy “could send the German economy into its worst economic crisis since the end of World War II.”

Now the price of gas has soared, recently hitting five times what it was a year ago, and Gazprom, the Russian energy monopoly, continues to keep Germany’s chief executives on high alert by periodically throttling energy flows. The next temporary shutdown starts on Wednesday, when, Gazprom said, it will shut down the Nord Stream 1 pipeline for three days for repairs.

But companies across Germany have been finding ways to continue operating. They are firing up coal plants or shifting production of some products abroad. They are even considering making deals with rival firms to share energy. Chief executives say that by adjusting to the new reality, they are in a better position to live with less natural gas.

“We are in crisis mode, but we are not panicking,” Mr. Brudermüller said in an earnings call in July.

Martin Brudermüller, chief executive of German chemicals company BASF: “We are in crisis mode, but we are not panicking.”Credit…Pool photo by Uwe Anspach

Germany has filled its gas storage tanks to more than 82 percent capacity, well ahead of schedule to prepare for winter. Analysts said this was possible, even after Russia had cut routine deliveries via Nord Stream 1 to only 20 percent of normal capacity, because companies had found ways to use less natural gas.

“The reduction in industrial gas demand that we have seen is not because of a large output loss or economic downturn in these sectors,” but because of flexibility in production or the ability to find import substitutions, said Clemens Stiewe, an economist at the Hertie School in Berlin, who has studied energy savings in German companies.

Not every manufacturer can operate with less gas. And no one knows how Germany, Europe’s largest economy and the one most reliant on Russian gas, will fare this winter when chilly weather causes gas demand to soar.

But BASF, for one, said it had begun using oil instead of gas to generate power and steam, and reducing production at its European plants that use a lot of gas, especially its facility in Ludwigshafen, described as the world’s largest chemical complex.

Detailing BASF’s efforts in the earnings call, Mr. Brudermüller said the company was scaling back ammonia production, which requires natural gas, and seeking to buy it from outside suppliers. Ammonia plays a key role in the manufacturing of fertilizer, plastics and other products.

BASF’s chemical plant in Ludwigshafen. The company is finding ways to cut its reliance on natural gas. Credit…Michael Probst/Associated Press

Hans Engel, BASF’s chief financial officer, indicated that the company was also relying on an ammonia plant the company runs as a joint venture in Freeport, Texas, where production is cheaper because the price of natural gas in the United States remains a fraction of that in Europe.

The European Union has proposed that its members reduce their overall consumption of natural gas by 15 percent. Germany is going further, targeting 20 percent to prevent having to resort to rationing later in the winter.

The government in Berlin issued orders last week to limit the heating of public buildings to no more than 66 degrees Fahrenheit and to ban the use of illuminated advertisements overnight. German cities and states have already ordered public buildings and municipal swimming pools to reduce their temperatures, turn off hot water in public restrooms and dim the lights on monuments across the country as additional measures to save energy.

Private households, which combined use the most energy in Germany, have already shaved about 6 percent off their gas use this year. A government program is encouraging them to do more, dropping their thermostats by one degree in the coming winter and limiting showers to just five minutes.

If Russia cuts gas supplies so much that the government orders rationing, Germany’s industrial producers could face limits on the amount of gas they consume, even as households and essential services would be spared. Teams at a federal agency are crunching the numbers to determine priorities if rationing becomes necessary.

That pressure has encouraged the workarounds that have emerged in recent months.

The government in Berlin issued orders to limit the heating of public buildings to no more than 66 degrees Fahrenheit.Credit…Lena Mucha for The New York Times

Evonik, a specialty chemicals company that makes products used in refrigerators, face creams and violin strings, also relies on gas for power and for the chemical processes to make its products.

When gas prices started rising, Evonik’s engineers searched for where they could make cuts. An obvious solution was to keep a coal-fired power plant going past October, when it was scheduled to be swapped out for two new gas-fired plants.

“We built two fantastic new gas power plants, the best German engineering, but realized that we didn’t have any gas for them,” Christian Kullmann, the chief executive of Evonik, said on German television.

But when the plants were built, the engineers had also equipped them to burn liquefied petroleum gas, or L.P.G., a byproduct from refining crude oil.

A pipeline connecting Evonik’s plant in western Germany’s industrial Ruhr Valley with a nearby BP oil refinery offered a unique solution: The company could pipe in L.P.G. that BP would have otherwise burned off to power the new gas-fired plants.

“We just approached it with the idea that if we can’t use gas, we’ll have to do a bit of engineering,” said Matthias Ruch, a spokesman for Evonik. Running the plants on L.P.G. is less efficient than natural gas, but combined with the output from the coal-fired plant, they can generate enough power to keep the company running.

Not every German company has such a solution at hand. For those without a direct link to an energy source, the answer has been to scale back production and find ways to share resources.

Mercedes-Benz recently said it could cut its natural gas use in half by sharing extra gas with other manufacturers in regional energy pools. And at the company’s Sindelfingen assembly plant, where the EQS and S-Class models are built, it said the plant’s paint shop could operate without gas in “emergency mode.”

A storage facility in Wilhelmshaven for liquid bulk products, including liquefied petroleum gas, a byproduct of oil.Credit…Patrick Junker for The New York Times

The government plans to allow large gas users to auction off contracted gas volumes that they do not need. That gas can then be bought by other industrial users, or municipalities that need them to heat homes.

That plan assumes companies will have excess gas that they can put up for auction. Gazprom warned this month that it could drive prices up further as falling temperatures drive up demand.

Such a move would hurt smaller companies with less flexibility, as their limited size and more regional production mean fewer resources to come up with solutions.

The country’s producers of fine porcelain, many of them storied companies that trace their history back centuries, remain dependent on gas to power their ovens to several thousand degrees. “Gas is currently the only energy source that ensures the physicochemical process in the production of white hard porcelain,” said Mads Ryder, chief executive of Rosenthal, referring to the china his company produces.

Although German ceramic and glass manufacturers are researching ways to replace gas with hydrogen or other energy sources, a functioning alternative process is at least a decade away, Mr. Ryder said.

With winter approaching, traditional gas-hungry industries may be left with no choice but to scale back or halt production entirely. But for those that have already found solutions, analysts said, the changes may prove lasting, regardless of what Russia does.

“The signal that energy security can’t be taken for granted is so clear that companies will continue to think of different scenarios even if there were a fast change, even if Russia were to deliver more gas and prices were to fall again,” said Eric Heymann, an economist with Deutsche Bank Research. “There is no going back to the way everything was before.”

Coal stored for shipment in Rheinberg, Germany, this month.Credit…Ingmar Nolting for The New York Times 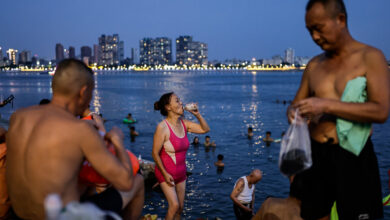 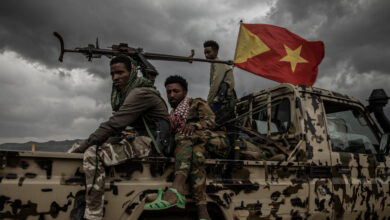 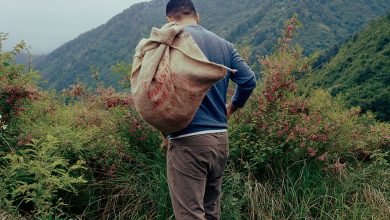 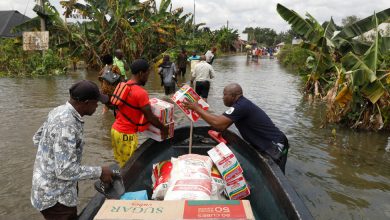