A cruise through the glittering blue waters from Auckland to Sydney should have been a holiday-season highlight for passengers, many of whom had saved years for it.

Instead of making stops along the way, however, they were stuck on the vessel for six days straight, not docking as planned in Australia as a result of a possibly toxic organism found on the hull. Australia’s stringent rules on marine biosecurity barred the ship from entering the country’s waters.

The presence of the organism — thought to be a sea snail — kept the 14-deck Viking Orion adrift 16 miles off the coast of Adelaide, Australia. Lobster dinners, glasses of sparkling wine and additional entertainment were on hand to keep passengers’ boredom and frustration at bay.

By the time they dock later this week, the travelers will have been on the 930-person capacity ship since Dec. 28, because of the detected “biofoul” — a catchall term referring to marine microorganisms, plants, algae or small animals.

The cleaning of the organism is now complete, and the ship was expected to berth briefly in Melbourne on Monday evening before traveling for two days to Sydney. Passengers said they had been told they would be compensated for the inconvenience.

“The intensity of frustration and anger is growing,” said Kenn Heydrick, a passenger from Austin, Texas. He added: “The majority of passengers are trying to make the best of things and enjoy extended time at sea. But it is the excursions at four ports that we were looking forward to, and now are greatly missed.”

While guests donned party hats and enjoyed the ship’s amenities, professional divers employed by Viking, the cruise operator, attempted to clean off what passengers said they had been told was a “toxic sea snail.” Ship crews routinely conduct checks for such organisms.

Biofoul may be an obscure term for many, but for those who seek to protect Australia and New Zealand’s fragile marine ecosystems from invasive pests, it is an all-too-familiar scourge. “The management of biofoul is a common practice for all arriving international vessels,” a spokesman for Australia’s Department of Agriculture, Fisheries and Forestry said in a statement.

Australia has long required any ship with biofoul on its hull to be brought to land and allowed to dry off — a costly, time-consuming process known as dry docking. But the relaxation of certain regulations, as well as new technology, means that ships can now have biofoul removed while they remain in the water. The process typically involves painstakingly planing the organisms off the boat, before processing waste through a complex filtration system.

Though passengers are seldom stuck on a ship for as much as a week, Australia and New Zealand’s strict biosecurity requirements have previously forced cruise ships to veer off course. Last month, passengers on the Coral Princess had to skip two stops on their journey around New Zealand after an infestation of nonnative mollusks had to be removed from the hull.

For Mr. Heydrick, the additional entertainment aboard the ship helped “defuse our considerable frustration,” as had empathy expressed by the captain and excellent service by the staff. But these upsides could not distract from the fact that they had, he said, “been held captive on the ship.”

Tags
Australia From Had Said Ship 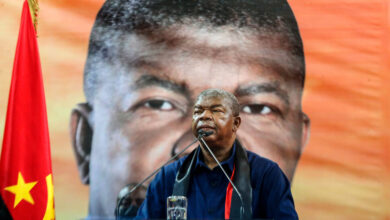 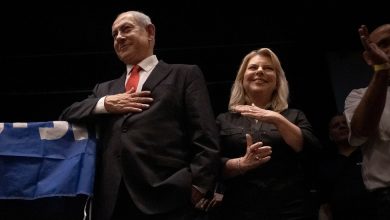 With the Return of Netanyahu in Israel, His Family Is Back, Too 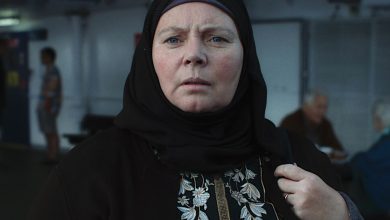 Winning a BAFTA? Just One of Joanna Scanlan’s Career Surprises. 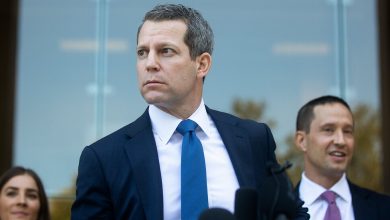 Judge Will Decide Whether DeSantis Went Too Far in Ousting Prosecutor