HONG KONG — When a prominent woman in China’s #MeToo movement took on a powerful man in court, it was the accused, not the accuser, who was held up as the victim. When several women were savagely beaten by men after resisting unwanted advances in a restaurant, the focus of the story pivoted from gender violence to gang violence. And when a mother of eight was found chained to the wall of a doorless shack, it was her mental fitness — not her imprisonment — that became the talking point.

Each incident went viral online in China, initially touching off a wave of outrage over violence against women. But in every case, the conversation was quickly censored to minimize the ways in which women had been abused.

China’s Communist Party has long promoted gender equality as one of its core tenets, yet as such cases continue to make national headlines, Beijing has done little to address calls for accountability. Fearing social unrest, the party has instead used social media censors to stifle criticism and amplify comments that support the government’s preferred narrative of social harmony.

When a story becomes popular online, the party’s propaganda department will send guidelines to managers at large social media companies for how to handle the topic, said King-wa Fu, a professor at the Journalism and Media Studies Center of the University of Hong Kong. Censors then remove popular comments or accounts that voice opinions that stray too far from the party line.

“We have seen this with a lot of cases in the past decade where these kinds of local grievances escalate to a national agenda,” Mr. Fu said.

National headlines about violence against women in China have been quickly deflected and repackaged by censors into narratives that deny gender played a role.Credit…Kevin Frayer/Getty Images

The outpouring of concern over violence against women has created competing pressures for Chinese officials, who need to be seen as though they are taking action. Wary of any dissent they cannot control, the officials have moved to narrow the space for debate. These tactics were recently used to manipulate discussions around one of China’s highest-profile #MeToo cases.

In August, Zhou Xiaoxuan, an outspoken activist, lost her appeal against Zhu Jun, a famous TV anchor she accused of sexual assault. When Ms. Zhou, who is also known by her nickname, Xianzi, first came forward in 2018, her case inspired women to speak out about their own experiences being harassed. Throngs of supporters came to see her at the courthouse. Not long after, Ms. Zhou was barred from Weibo, a popular social media platform. Positive comments about her were removed.

“The government doesn’t want people to create hashtags to freely discuss #MeToo,” said Liu Lipeng, who worked at Weibo from 2011 to 2013. He said he had been part of a team of around 200 censors ordered by the government to scrub commentary from feminists.

“After the government sets the tone, Weibo immediately deletes posts that are inconsistent,” Mr. Liu added.

At her first trial, judges ruled that Ms. Zhou had failed to present enough evidence against Mr. Zhu. A similar verdict was delivered on Aug. 10 during an appeal. Ms. Zhou argued that the judges had given her few chances to detail her allegations and had rejected her lawyer’s attempts to introduce supporting evidence.

Government censors boosted comments online that applauded the court for a ruling against Ms. Zhou, who had accused Zhu Jun, a famous TV anchor, of sexual assault.Credit…Cao ji/Reuters

“Is it true that if sexual harassment occurs in a closed space, as long as the other party completely denies it, and as long as there is no video recording of the whole process, the woman can only be silent and cannot seek justice in the court?” Ms. Zhou asked while reading a statement to a small group of supporters outside the courthouse in August.

She was scolded by critics online who accused her of making up “small stories” that had ruined Mr. Zhu’s life. Government censors used Weibo to boost the comments supporting the court’s decision against Ms. Zhou while drowning out and deleting messages praising her.

Mr. Zhu never appeared in court, but “outside the court, Zhu Jun was protected by censorship,” said Huang Simin, a human rights lawyer who has worked on cases involving gender violence in China. Ms. Zhou, however, “was censored no matter how much she wanted to speak up,” Ms. Huang said. “She became invisible and absent.”

Mr. Zhu has denied the allegations and has sued Ms. Zhou for defamation. Weibo and WeChat declined to respond to requests for comment.

The subject of women’s rights has become increasingly sensitive in China as the country’s top leader, Xi Jinping, encourages more women to embrace traditional gender roles and have more babies to help address a looming demographic crisis. Women who push back on or question the party’s authority by citing gender inequality are seen as troublemakers.

Few of the women at the center of recent viral stories of abuse have gotten the opportunity to tell their stories. Those who try to speak up on their behalf have been silenced online, too.Credit…Kevin Frayer/Getty Images

Peng Shuai, one of China’s most famous tennis stars, suddenly disappeared from the internet and the public for weeks after she accused a top party member of sexual assault last year. More recently, the censors were busy after a group of men brutally beat several women at a restaurant in the Chinese city of Tangshan in June, leaving two of the women hospitalized.

Video footage of the attack quickly spread online, horrifying viewers and prompting questions about the sexist attitudes that allowed such violent behavior to occur. Soon, though, other voices downplayed that gender played a role at all. The story, critics said, was about public safety.

In the days that followed, state media focused on the importance of rooting out gang-related violence in China. Online comments calling the attack “merely gang-related” were promoted. Those that pointed to sexism were muted. Weibo shut down more than 1,000 accounts. Among them were those that the company claimed were “inciting conflict between the genders.”

Last week, after the authorities charged 28 people with 11 different crimes following an investigation, the Chinese state media broadcaster CCTV released an 11-minute segment that heavily featured police officers describing what took place during the beating. One of the victims briefly appeared in the segment, also describing what happened.

Peng Shuai, one of China’s most famous tennis stars, disappeared from public life for weeks after coming forward with accusations against a top government official last year.Credit…Susan Mullane/USA Today Sports, via Reuters

But when the narrator asked about possible sexual assault, the segment cut to a male officer who dismissed the question, calling such suggestions “fabricated false information.” Until now, the public had not yet heard from any of the victims. The same is true of a woman who was found in January, tied to the wall with a metal chain around her neck.

A video of the woman went viral, setting off a search by citizen journalists to find her. People online doubted the government’s narrative that she was a mentally ill mother. Many were concerned that she had been a victim of human trafficking.

Yet when activists tried to visit the woman to give her an opportunity to tell her story, the activists were detained and beaten by local authorities. Their social media accounts were taken down. Others who tried to share posts from the activists about the chained woman were harassed by the police.

Such stories have been discouraging for women like He Qian, a former journalist who came forward several years ago with accusations of sexual assault against a well-known reporter. The court’s ruling in the case focused on defamation of the accused, ordered Ms. He to pay damages and led to a discussion about how the man Ms. He had identified, Deng Fei, was made “socially dead” because of her accusations.

Mr. Deng has denied the accusations and won the appeal that Ms. He pursued this year. Lawyers in China now publicize services to defend men accused of sexual harassment.

“Our society is now in a very conflicted state,” Ms. He said. On the one hand, the public is more aware of the gendered aspect to cases of violence, she said. But on the other hand, “the misogynistic ideas are increasing.”

Supporters of Ms. Zhou outside a courthouse in Beijing in 2020.Credit…Andy Wong/Associated Press 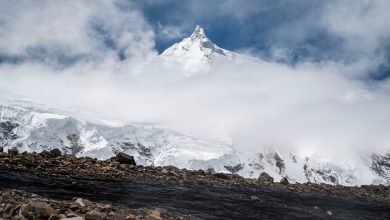 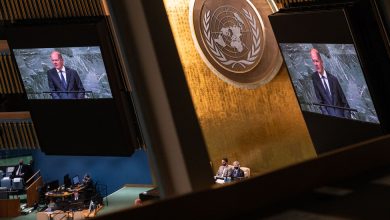 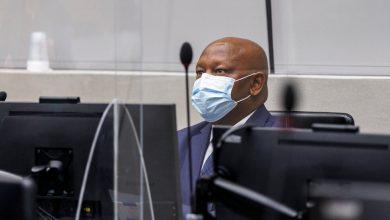