BEIJING — Infected patients quarantined alongside those who tested negative. No food for hours, despite repeated requests. Lines of buses, loaded with people, waiting late into the night to drop them off at makeshift isolation centers.

These are the scenes described by residents of Lhasa, the capital of Tibet, who have been locked down for one month as officials try to contain a coronavirus outbreak.

Lockdowns, including of entire cities, have become almost commonplace in China, which remains bent on eliminating the coronavirus even as the rest of the world tries to live with it. But the recent calls for help out of Tibet, as well as Xinjiang — two border regions where the Chinese government has put in place highly repressive controls — speak to how desperate conditions have become there, where many residents are usually intimidated into keeping quiet.

Yet the incentive for the authorities to hold fast and silence discontent is also stronger than usual. The Chinese Communist Party is slated to hold a major political meeting next month, where its leader, Xi Jinping, is almost certain to extend his tenure. In the run-up, it is crucial for officials to ensure that the effort to achieve “zero Covid,” which Mr. Xi has declared a personal priority, appears smooth and successful.

The result is a vicious cycle. The authorities enact ever-harsher quarantine and censorship rules. Those, in turn, create more hardships and dissatisfaction.

“The social media posts you see from people in Lhasa are all about suffering, but that’s the real Lhasa. Lhasa’s public announcements, I feel they’re all fake,” said a food delivery worker in the city who gave only his surname, Min, for fear of official retaliation.

A nearly empty street in Lhasa on Aug. 16, about a week after the emergence of some Covid cases in the city. Credit…VCG via Getty Images

The government has promoted positive videos of officials encouraging frontline workers and promising ample supplies of food and medicine. But Mr. Min said he was quarantined with five family members in an unfinished apartment building, even though he had not tested positive. Workers said he could be released if his latest test, on Sep. 10, also came back negative — but it had been days with no word on a result.

While he was waiting, officials had sent another man to join their family in quarantine, because they were all of the Hui ethnic minority, Mr. Min said. But the man said he had tested positive. Mr. Min said all he could do was wear two masks and try to keep a distance.

Restrictions are tightening across China. Last week, the central government announced that the entire country, even areas without cases, would need to mandate regular testing of all residents through October. Tens of millions of people have been locked down in recent weeks. The capital, Beijing, is on high alert, after several dozen cases have been detected in recent days.

The lockdowns in Tibet and Xinjiang, though, stand out for having dragged on for more than a month. Lhasa — home to nearly 900,000 people, about 70 percent of them ethnically Tibetan — began ordering certain areas to close after discovering a handful of infections on Aug. 8, with restrictions soon spreading citywide. Yining, a city in the northwestern part of Xinjiang, has also been under restrictions since early August.

The shutdowns gained relatively little attention at first, compared with those in larger cities like Shanghai and Chengdu, whose lockdowns this year dominated Chinese social media. But in recent days, as the controls have shown no sign of easing, residents have mounted an online campaign to draw attention to their plight. Some have tagged state media outlets in hopes of attracting official coverage. Others have attached unrelated trending hashtags, such as one about an actor accused of hiring prostitutes.

Perhaps most remarkably, the chorus of voices has also included ethnic Tibetans — a group that can face intense repercussions for any criticism of the government. Under Mr. Xi, the authorities in Tibet — a part of China known officially as the Tibetan Autonomous Region — have stepped up longstanding efforts to assimilate ethnic Tibetans through resettlement programs, political indoctrination and a crackdown on their language.

On Douyin, the Chinese version of TikTok, some residents have shared videos in Tibetan describing being unable to work or pay rent, according to translations by Tibet Action Institute, an overseas activist group supporting Tibetan independence. One man, filming himself in a vehicle, said he had been sleeping in his car for a month. A woman begged to be allowed to return to her village elsewhere in Tibet, describing her worry about food running out.

Lhadon Tethong, the director of Tibet Action Institute, said she had been stunned by what she called a flood of Tibetan voices this week, compared with a trickle of information before.

“They’re these direct cries for help coming from inside in a way that we just don’t see anymore,” she said. “So we know they’re at the breaking point.”

Several of the videos have been deleted. In the video of the woman asking to go home — no longer available online — she emphasized that she was not protesting. On Weibo, a Twitter-like platform, a user whose post about Lhasa’s lockdown was shared more than 6,000 times later posted again thanking users for commenting on government accounts to raise awareness but asked them to stop tagging her. “The risks of speaking out are really very high,” she wrote. “I’m panicking.”

Wen Yan, 30, said she, her boyfriend and four roommates were ordered into centralized quarantine on Monday, though their latest test results were negative. They boarded an ambulance around 4 p.m. but were not dropped off at the quarantine center — another unfinished apartment complex — until after 7. In the apartment, the bathroom was flooded.

Photos provided by Wen Yan of her quarantine facility in Lhasa: an unfinished apartment complex.
The bathroom was flooded in the apartment.

They were not given any food; a worker said they had arrived too late, Ms. Wen said. Around midnight, her boyfriend and another man confronted some workers to demand food. They were beaten, she said, providing photos of their injuries.

Ms. Wen also shared her photos on Weibo, where they were shared thousands of times. The next day, an official at her quarantine facility asked her to delete them, but she refused.

“If these posts don’t exist, then no one cares,” she said. “I won’t delete them because they’re all true.”

Conditions also remain dire for some in Yining, in Xinjiang, home to many ethnic Uyghurs. The plight of residents there, who have reported shortages of food and female sanitary napkins, also remained largely unknown until a recent storm of social media pleas. Last week, local officials apologized for residents’ difficulties accessing medical care.

Halipa, a mother of two in the city who gave only her first name, said officials in recent days had delivered meat and naan — the first time she had eaten meat in three weeks. But she was still unable to buy fruit and worried the lack of nutrition had weakened her children’s immune systems. Both contracted fevers this month.

The Yining government has said it is gradually reopening the city. But Halipa said there was no sign that the steel lock keeping residents inside her apartment building was going to be removed.

As more stories of suffering have emerged online — and efforts to suppress them have ramped up — some have warned that the measures are going too far.

This week, local officials in Shandong Province announced that they had detained a man for sharing a livestream by China’s state broadcaster in his neighborhood’s group chat and urging people to “go and ask for help” in the comments. Commenting on the notice, Hu Xijin, the retired editor of a nationalist state media tabloid, warned local governments against undermining public support for the zero-Covid policies.

“We must correctly understand what it means to be ‘resolute’ in epidemic prevention, and more heavy-handed measures are not necessarily more correct,” he wrote on his personal Weibo page, adding that it was important to “work hard to win the understanding” of the people.”

For now, the authorities are still relying on more coercive tactics.

On Wednesday, the World Health Organization declared that the end of the pandemic was “in sight” — a declaration that quickly aroused a flurry of posts on Chinese social media expressing hope, and weariness at the extended controls.

By Thursday, Weibo had banned the hashtag “W.H.O. says the end of Covid is in sight.” 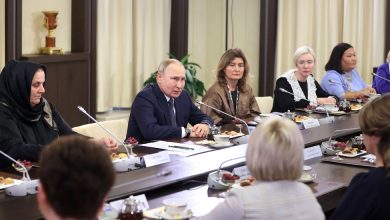 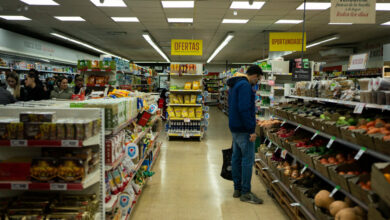 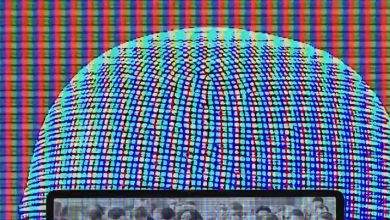 Therapy for People Who Can’t Go to Therapy 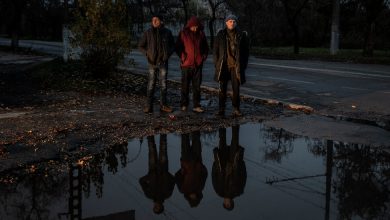 He Returned a Dazed Soldier to the Russians. Ukraine Calls It Treason.