ATLANTA — Two days after a gunman killed 10 people at a Colorado grocery store, leaving many Americans on high alert, Rico Marley was arrested as he emerged from the bathroom at a Publix supermarket in Atlanta. He was wearing body armor and carrying six loaded weapons — four handguns in his jacket pockets, and in a guitar bag, a semiautomatic rifle and a 12-gauge shotgun.

Moments earlier, an Instacart delivery driver had alerted a store employee after seeing Mr. Marley in the bathroom, along with the AR-15-style rifle, which was propped against a wall. A grand jury indictment later described what had come next: “panic, terror and the evacuation of the Publix.”

Mr. Marley, then 22, was arrested without incident that day in March 2021. His lawyer, Charles Brant, noted that he had not made any threats or fired any shots, and had legally purchased his guns. Mr. Marley did not violate Georgia law, Mr. Brant said; he was “just being a person, doing what he had the right to do.”

Indeed, Mr. Marley’s arrest kicked off a long and as yet unresolved legal odyssey in which the criminal justice system waffled over what it could charge him with and whether to set him free. Clearly, visiting the grocery store with a trove of guns had frightened people. But was it illegal?

The episode, and others like it, speaks to a uniquely American quandary: In states with permissive gun laws, the police and prosecutors have limited tools at their disposal when a heavily armed individual’s mere presence in a public space sows fear or even panic.

The question of how to handle such situations has been raised most often in recent years in the context of political protests, where the open display of weapons has led to concerns about intimidation, the squelching of free speech or worse. But it may become a more frequent subject of debate in the wake of a landmark Supreme Court decision in June, which expanded Americans’ right to arm themselves in public while limiting states’ ability to set their own regulations.

The ruling also affirmed the principle of allowing states and local governments to ban guns in “sensitive places”; as examples, it cited legislative assemblies, polling places and courthouses. But the high court left much open for interpretation. “A wave of litigation is going to confront the courts with questions about what, for example, makes a restriction on guns in schools and government buildings different than in museums or on public transit,” Jacob D. Charles, a professor and gun law expert at Pepperdine Caruso School of Law, wrote in a recent blog post.

A photo provided by the Atlanta Police Department shows the weapons a man had carried into a Publix grocery store in Atlanta at the time of his arrest on Wednesday.

Events like the one involving Mr. Marley, while difficult to quantify, are extreme examples of a problem already bedeviling the police and prosecutors, sometimes from the moment an armed person is spotted in public. All but three states allow for the open carry of handguns, long guns or both, and in many there is little the police can do.

Chuck Wexler, the executive director of the Police Executive Research Forum, a bipartisan law enforcement policy group, said police officers sometimes had mere seconds to determine whether a person with a gun “either legally has the right or he’s a madman” — or both.

“For the average cop walking the street in America, it’s a huge dilemma, knowing there have been countless active shooter situations,” Mr. Wexler said.

Prosecutors initially went all in on Mr. Marley’s case, charging him with 11 felonies: five counts of criminal attempt to commit a felony and six counts of possession of a weapon “during commission of or attempt to commit certain felonies.” An arresting officer said in an affidavit that when Mr. Marley had put on his antiballistic armor in the Publix bathroom and placed the handguns, with rounds in the chambers, into his pockets, he had taken a “substantial step of the crime of aggravated assault,” a felony.

But court records show that the charges were dismissed in February. Mr. Marley was released from jail after 10 months, only to be rebooked in May, this time after being indicted by a grand jury on 10 lesser counts of reckless conduct, a misdemeanor. The indictment says that Mr. Marley was “loading and displaying” his AR-15 in the restroom and that he left it unattended.

He pleaded not guilty to the charges in August and remains in custody. (Mr. Brant, his lawyer, said he had not filed a new bond motion on his client’s behalf because Mr. Marley was homeless and did not have family or friends to stay with.)

John R. Monroe, a defense lawyer and the vice president of a gun-rights group called Georgia Second Amendment, is not involved in Mr. Marley’s case. But from the outside, he said, it seems baseless.

“I mean, all the guy did was be in the store with guns,” he said. “I go into Kroger with a gun, and I don’t expect to be arrested for reckless conduct when I do that. Based on the information from the case, he didn’t do anything that would even remotely constitute reckless conduct. And shame on the state for even prosecuting him for that.”

Taking out the rifle in the men’s room would have most likely violated the law in Illinois, Florida and California, where open carry is banned, Mr. Charles said. But states with more lenient gun laws have struggled with scenarios similar to the one involving Mr. Marley.

In February, a man named Guido Herrera was discovered at the Galleria mall in Houston, a few yards from a youth dance competition, wearing a spiked leather mask and carrying a Bible and an AR-15-style rifle. An off-duty police officer working as a security guard was alerted to his presence and tackled him. Mr. Herrera was found to have more than 120 rounds of ammunition with him, as well as a semiautomatic handgun holstered in his waistband.

He was charged with disorderly conduct, a misdemeanor that under Texas law includes knowingly displaying a firearm in public “in a manner calculated to alarm.” A jury found him guilty, and he was given a six-month jail sentence.

Prosecutors were openly frustrated. “His circumstance kind of fell in the gaps,” Barbara Mousset, a lawyer with the Harris County District Attorney’s office, said at Mr. Herrera’s sentencing, according to The Houston Chronicle. “He took advantage of some technicalities in the law — he had the right to have that firearm and, ultimately, this was the only charge that we could get him on.”

In an interview, Armen Merjanian, a lawyer for Mr. Herrera, called his client “a proud owner of firearms living in Texas,” adding that Mr. Herrera brought the rifle into the mall because he was worried about it being stolen from his car.

Nathan Beedle, the misdemeanor trial bureau chief in the Harris County prosecutor’s office, pointed to the practical challenges of applying the legal standard. “How long does it take to go from ‘in a manner calculated to alarm’ to deadly conduct?” said Mr. Beedle, who helped handle the Herrera case. “A millisecond, right?”

Not all such cases have ended peacefully. In 2015, a woman in Colorado Springs called 911 after seeing a man in her neighborhood with a gun. The dispatcher reportedly explained to her that Colorado was an open-carry state. Within minutes, the man went on a shooting spree, killing three people.

Police investigating the scene of a shooting in Colorado Springs in 2015 when three people were killed despite warnings from a suspicious witness who warned police of the shooter.Credit…Christian Murdock/The Gazette, via Associated Press

Mr. Brant, the lawyer for Mr. Marley, said his client might suffer from mental illness and was awaiting a formal diagnosis. He said Mr. Marley had attempted suicide during his first, 10-month jail stint.

Mr. Brant also offered an explanation for Mr. Marley’s conduct that day: He had acquired the guns and the body armor, Mr. Brant said, because he had felt threatened by someone in his neighborhood. On the day of his arrest, he had hoped to take his guns to a nearby shooting range but first had to run some errands, which included a stop at the grocery store. (Mr. Marley did not have a car, Mr. Brant said, which is why he was carrying the guns around with him.) While in the Publix men’s room, Mr. Brant said, Mr. Marley had taken out some of the weapons, including the rifle, to clean them after discovering that some guacamole he had bought had caused a mess inside the bag.

Charles Russell, the Instacart driver who came upon Mr. Marley in the men’s room, told police that, at one point, he had heard clicking sounds from a stall that “sounded to him like someone was loading firearms,” according to a police report.

In a recent interview, Mr. Russell, 27, said he had the Colorado massacre on his mind at the time. He recalled thinking, “If I don’t do anything, then I’m afraid of what will happen.”

In a statement to The New York Times, Fani T. Willis, the district attorney in Fulton County, which covers most of Atlanta, said her office had taken a hard look at the case but had not found “provable felonies under Georgia law.”

“Georgia’s General Assembly must examine our statutes governing this type of behavior,” added Ms. Willis, a Democrat, referring to the state’s Republican-controlled legislature. “Respecting the right to bear arms should not require that we tolerate people entering public places with assault rifles and body armor.”

Mr. Brant said he did not believe anything Mr. Marley had done that day amounted to reckless conduct in a state that has been vigorously pushing the boundaries of the freedom to carry weapons in public. He alluded to a law signed by Gov. Brian Kemp, a Republican, more than a year after Mr. Marley’s arrest that allows people to carry concealed handguns without a license. 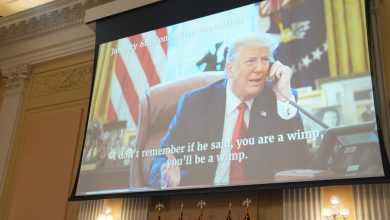 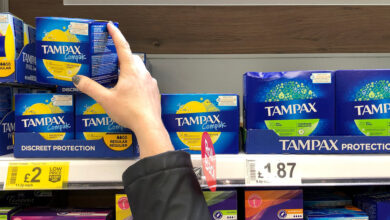 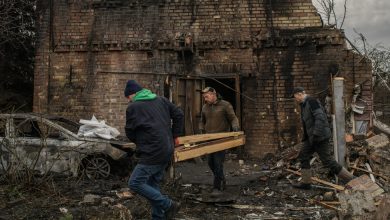 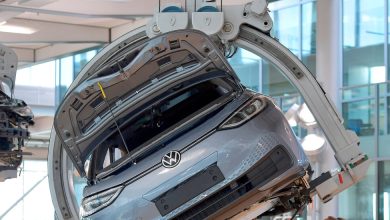