That first year, every save chance for Edwin Díaz was like a box of flowers delivered to the Mets’ front door. The Mets would undo the ribbon and lean in for the sweet smell, and the box would blow up in their face.

This happened over and over, like a cheap gag on repeat. Everyone knew the box would explode, it seemed, except the fools in the front office.

“The deal, I knew, was going to be loud,” Brodie Van Wagenen, the former Mets general manager, said by phone recently — but he did not know that the noise would be home run balls torpedoing the 2019 season.

Now, of course, the soundtrack for Díaz is “Narco,” the bouncy, brassy anthem by Blasterjaxx and Timmy Trumpet that heralds his appearances at Citi Field. Díaz is the majors’ most dominant reliever again, just as he was when Van Wagenen acquired him in a polarizing trade with Seattle in December 2018. He has struck out more than half of his opposing hitters this season, and allowed just two runs in the last three months.

“My confidence is at the top right now,” Díaz said Monday. “I know when I come in from the bullpen, the other team’s in trouble.” 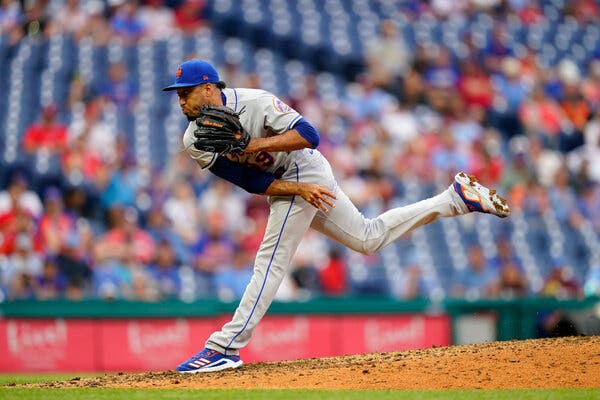 Edwin Díaz has graduated from good reliever to folk hero this season. He has struck out more than half of the batters he has faced.Credit…Matt Slocum/Associated Press

Through Thursday, Díaz, a right-hander, has faced 194 batters this season and fanned 98. His strikeout rate, 17.5 per nine innings, is the second best in major league history for seasons of at least 40 innings pitched. He has 28 saves in 31 tries with a 1.43 E.R.A., with a fastball-slider mix that few hitters can solve.

“He throws 100, so you can’t just sit in between,” said the Mets’ Darin Ruf, who struck out the first time he faced Díaz, while playing for San Francisco in April. “You have to gear up for a fastball — and if the slider looks like a fastball but it’s eight miles an hour slower and it breaks a lot more? Good luck.”

This is the Díaz the Mets thought they were getting when Van Wagenen made his first trade as a general manager. Van Wagenen had worked as an agent before joining the Mets, pledging to revive the team after two losing seasons. He made Díaz a top target, sending five players — including two former first-round draft picks, outfielder Jarred Kelenic and pitcher Justin Dunn — to the Mariners for Díaz and the veteran second baseman Robinson Canó.

“I think we all, in the industry, have to have perspective that trades aren’t measured in a day,” said Van Wagenen, who was fired in November 2020 and is now the chief operating officer for Roc Nation Sports. “Prospects are valuable, but at the same point, the mode in which we were at as an organization, heading into the 2019 season, and the way in which the expectations are for that franchise in the city — there’s an expectation to win.

“Our evaluation was that most of those prospects we moved — regardless of the quality of the players — would not be making a great impact in the 2019, ’20 or ’21 seasons. So our thought process was that we should be able to compete in the next three to four years, with the players we were getting in return.”

The Mets did have a winning record in 2019, at 86-76, but they never seriously contended. Kelenic and Dunn thrived in Seattle’s minor league system, earning spots at the All-Star Futures Game, while Canó was ordinary and Díaz flopped. Díaz knew that most fans, back then, wanted a do-over on the deal.

The deal for Díaz and Canó blew up quickly and became one of many complaints about the job Brodie Van Wagenen, left, was doing as the Mets’ general manager.Credit…Demetrius Freeman for The New York Times

“I understand everything,” Díaz said. “If the people say something bad about me, they want me to perform better. I don’t take it personally; that’s part of the game. But at the same time, I want to be the best guy on the mound every time, because I know I’ve got the stuff.”

Díaz had a 5.59 E.R.A. in 2019, with an odd bundle of other statistics: No pitcher before him had ever earned at least 25 saves, while also absorbing seven losses and allowing 15 home runs. And none have done so since.

It was a bad year, to be sure, but mainly it was weird. Díaz threw harder than he had in 2018, when he saved a league-leading 57 games for Seattle, and he could still be overpowering, with 99 strikeouts in 58 innings. Home runs ruined his season.

“The home run can make things seem a lot worse than they actually are,” said Jeremy Hefner, the Mets’ pitching coach. “Home runs aren’t predictive year over year. There was nothing that suggested that what he did in ’19 was going to continue. What he did in the previous three or four years was closer to his true, normal self.”

Other teams sensed that, too; Van Wagenen said rivals pursued Díaz in trade talks in 2019, even as he struggled. The Mets “could have loaded back with prospects, for sure,” Van Wagenen said, but Díaz — who was under team control through 2022 — was part of a longer-term plan.

The 2019 season was a nightmare for Díaz and the Mets. He allowed 15 home runs and had a 5.59 E.R.A.Credit…Patrick Semansky/Associated Press

Díaz knew what had gone wrong in 2019: not a loss of control (he could still throw strikes) but a loss of command — that is, the ability to place his pitches with precision, in or out of the zone. He would miss down the middle with both his slider and fastball, and hitters would pounce.

Hefner used an analogy straight out of a county fair: Díaz’s delivery was too much like a merry-go-round, and needed to be more like a Ferris wheel. It was just a way to visualize old-time baseballese, to help Díaz preserve his low arm slot while having a better chance to attack a specific spot — down and in to left-handers, low and away to righties.

“He’s real rotational, and rotation is power, so that’s why he’s able to throw as hard as he can,” Hefner said. “But if you get too rotational, that’s when you get the arm-side misses, and you can’t get the slider to the glove side. So we talked a lot about being a little bit more top-to-bottom and getting on top of the ball — all the things we’ve been talking about in baseball for a hundred years — and that helped him.”

This is really Díaz’s third strong season in a row; since the start of 2020, he has held opponents to a .185 average, with only eight home runs. A fellow Mets reliever, the right-hander Seth Lugo, said Díaz has preserved his mechanics through meticulous work: In the middle innings, he practices his delivery on a bullpen mound without throwing the ball, and plays catch with the same purpose.

Lugo compared Díaz to starter Jacob deGrom in his style of pitching. Their sliders do not sweep from right to left — think of the Mets’ Adam Ottavino today, or the former Yankee setup man Jeff Nelson — but they throw so hard that the pitch holds the plane of a fastball until the very end of its journey.

“Those are the two best pitches in the game: a 100 mile-an-hour fastball and a 90-plus mile-an-hour slider that looks like a fastball,” Lugo said. “It’s not like they’re tricking anybody. They’re going to throw a heater and throw a slider off it. But to recognize that slider, you can’t do it.”

Three years ago, the trade for Díaz seemed foolish. These days Mets fans can’t get enough of their closer.Credit…Saul Martinez for The New York Times

Díaz, 28, grew up idolizing Pedro Martinez and Mariano Rivera. He could never quite master Martinez’s changeup, and while his slider has the sharp, late movement of Rivera’s cutter, it drops down instead of veering left. The Mariners recognized Díaz’s command of two pitches — not three, as most starters need — and converted him from a starter to a reliever in 2016.

Díaz adapted so quickly that he skipped Class AAA on his way to the majors. He threw harder in relief, he said, and when he learned a new slider grip from the coach Mel Stottlemyre Jr. and his teammate Joaquin Benoit — throwing across the seams with his index and middle fingers, his thumb hugging a seam underneath — he became a star.

The other standouts of the trade have faded: Canó, 39, missed the 2021 season after his second positive test for performance-enhancing drugs, and was released this season by the Mets, Atlanta and San Diego. Kelenic has hit .167 in 500 major league plate appearances and is currently at Class AAA, and Dunn has a 5.12 E.R.A. in four starts for Cincinnati.

It took a while — and a lot of dollars wasted on Canó — but the logic behind the trade has prevailed. Van Wagenen still sees Díaz when he visits Citi Field, offering friendly encouragement, and said he admires the way Díaz persevered through their shared frustration of 2019.

If he feels vindicated now for the trade that defined his tenure in Flushing, Van Wagenen is not saying. But he sure is enjoying the show.

“I’m still a fan of the organization and I go to games, and I’m excited to see them doing well,” Van Wagenen said. “And obviously, with Edwin, he’s such a big part of it. I’m very happy for him.” 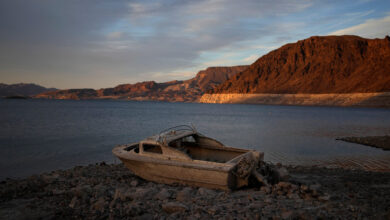 The Water Crisis in the Southwest 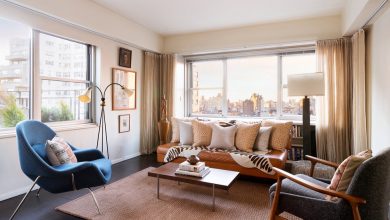 Homes for Sale in Manhattan and on Staten Island 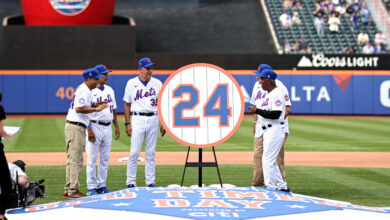 Mets of Yesteryear Suddenly Feel They’re ‘Part of Something’ 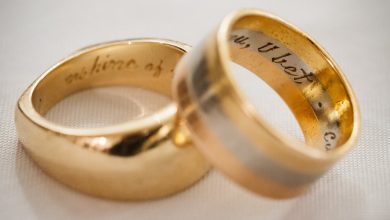 An Enduring Commitment, Wedding Ring or Not