On Wednesday, the company said it would reduce the subscription revenue it shared with some of the biggest streamers on its service, shrinking their cut to 50 percent from 70 percent in certain situations.

Twitch, which has lost several popular streamers to exclusive deals with YouTube, previously lifted its own exclusivity agreement that prevented big-revenue streamers from streaming on rival services.

Eight years after Amazon acquired it, the company is still struggling to find the right balance between the enormous cost of streaming video across the internet and the importance of the big personalities who bring the most eyeballs — and the most revenue — to the service. Well-known creators are the main attraction on Twitch, much like movie stars.

“I know they have to make money somewhere, but this just seems like a bad business decision,” said Kaitlyn Siragusa, a Twitch streamer known as Amouranth, who has almost six million followers and almost 15,000 subscribers and is likely to be affected by the change. “They are just making the platform less appealing to streamers.”

A Twitch spokeswoman said executives were unable to discuss the situation for this article.

As it rolls out this new revenue-sharing plan, the company also faces questions about gambling on its service, including protests by some streamers against channels that promote gambling. The company announced on Tuesday that it would prohibit the streaming of gambling sites that involved slots, roulette or dice games that were not licensed in the United States and certain other territories.

From April through June, people watched 5.64 billion hours of streams on Twitch across 9.6 million distinct channels on the service, according to data from StreamLabs, a streaming software company. YouTube Gaming, the internet’s second-most-popular service, topped out at 1.13 billion hours.

But YouTube, owned by Google, is pushing for a larger viewership. Over the past year, it has signed three popular Twitch streamers to exclusive contracts.

A month after two of them left, Twitch announced that it was lifting its exclusivity ban. Now the company is reducing what it calls premium deals — agreements that give popular streamers a larger cut of subscription revenue than others on the service.

These premium partners now receive a 70 percent cut. In a blog post on Wednesday, Twitch’s president, Dan Clancy, said that they would still receive this cut on the first $100,000 earned over a 12-month period but then 50 percent after that.

All other streamers on the platform receive a 50 percent cut. More than a year ago, Twitch decided to stop offering premium deals, and it is working to bring the existing ones in line with the rest of the service.

“We don’t believe it’s right for those on standard contracts to have varied revenue shares based on the size of the streamer,” Mr. Clancy said in the blog post. “In an ideal world all streamers would be on the same set of terms regardless of size.”

The change won’t take effect until June 1, and those on premium deals won’t see their cut change until their contracts come up for renewal.

Twitch said it had made the change at least partly because of the high cost of streaming video through its cloud service provider: its parent company, Amazon.

Ms. Siragusa, the popular Twitch streamer, said that she had already discussed the possibilities of streaming with other companies and that Twitch’s new revenue-sharing terms may push her even closer to a move.

These new changes “might just push all of us over the edge,” she said in a phone interview. “Why not actively pursue deals with other companies?”

In his blog post, Mr. Clancy, the Twitch president, said popular streamers could recoup any lost revenue through the company’s advertising service, pointing out that a new program provides streamers with a 55 percent cut of advertising revenue brought in by their channels. But Ms. Siragusa said this was significantly less attractive than pulling in money through subscriptions.

“Ads just make your audience mad,” she said. “For Twitch, it may be more profitable. But for us? It is not ideal.” 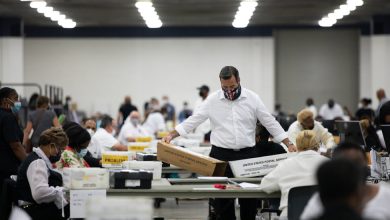 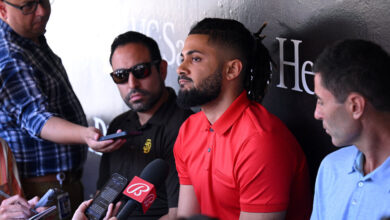 Suspended Superstar Says He Will Work to Repair His Image