From where I stand — at five feet even — being tall is a widely held fantasy of superiority that long ago should have been retired.

It made sense to fawn over height when it facilitated survival. Ages ago, when the necessity of defending oneself cropped up daily, if not hourly, tall people could more easily protect their families and bring home some woolly rhino flank. Today, those who have the stamina to sit in an office chair all day bring home the plastic-wrapped meats.

There is an ongoing debate about the stature of a population and what it means for the prosperity and fairness of a nation, but I’m interested in shortness on an individual level. Our success as individuals does not depend on beating up other people or animals. Even if it did, in an era of guns and drones, being tall now just makes you a bigger target.

In “Size Matters,” the journalist Stephen S. Hall wrote that in the 18th century Frederick William of Prussia paid exorbitant sums to recruit “giant” soldiers from around the globe, institutionalizing “the desirability of height for the first time in a large, postmedieval society” and attaching tangible value to inches that would reverberate into modern times.

The echoes of these early human desires and biases have stuck in our minds like a particularly catchy marketing jingle, so much so that we vote for tall candidates assuming that they are better leaders and often choose tall people as partners with no definitive data that they make better spouses. John Kenneth Galbraith, the 6-foot-8-inch economist and diplomat, suggested that favoring the tall was “one of the most blatant and forgiven prejudices in our society.” Others go to extremes in pursuit of a few extra inches — more and more people are spending as much as $150,000 to get excruciating limb-lengthening surgeries, and parents give their healthy children growth hormone treatments with unknown side effects.

I know this because I was one of those children. As a preteen I injected Humatrope into my thighs for three and a half years, at the behest of my parents, who feared I’d be alienated for being short. I understand why they felt that way, given how short people are treated in our society — a song with the lyric “Short people got no reason to live” was No. 2 on the Billboard Hot 100 just a few years before I was born.

Now I have twins who are among the smallest in their kindergarten class, but instead of preparing to medicate them because of an antiquated societal bias, I’m going to let them be as they are: tiny. Because short is better, and it is the future.

We only talk about short stature in a positive light once every four years, when Simone Biles dazzles us in a leotard. That has left the many advantages enjoyed by short people underappreciated. On average, short people live longer and have fewer incidences of cancer. One theory suggests this is the case because with fewer cells there is less likelihood that one goes wrong. I’d take that over dunking a basketball any day.

The short are also inherent conservationists, which is more crucial than ever in this world of eight billion. Thomas Samaras, who has been studying height for 40 years and is known in small circles as the Godfather of Shrink Think, a widely unknown philosophy that considers small superior, calculated that if we kept our proportions the same but were just 10 percent shorter in America alone, we would save 87 million tons of food per year (not to mention trillions of gallons of water, quadrillions of B.T.U.s of energy and millions of tons of trash).

“I don’t want tall people to feel bad about themselves,” Samaras said, sincerely, “but the time is right to be short.”

Parents boast about how their kids “eat them out of house and home” and grow out of shoes the very week a new pair is bought as if it’s a badge of honor. My children eat like gerbils — it’s fine, they are healthy — and because of their low percentiles we save money and food, and they fit into the same pair of shoes for a year. Growing like a weed? No, thanks. I’ll take growing like a cactus.

Short people don’t just save resources, but as resources become scarcer because of the earth’s growing population and global warming, they may also be best suited for long-term survival (and not just because more of us will be able to jam into spaceships when we are forced off this planet we wrecked). Yuval Noah Harari, in his book “Sapiens,” wrote about a population of early humans who inhabited an island called Flores. Because of a rise in sea level, the island was cut off from other land masses.

After generations, the people on the island evolved to reach only three and a half feet tall. They could do everything bigger humans could — make tools, hunt — but they could also stay alive when times got tough.

When you mate with shorter people, you’re potentially saving the planet by shrinking the needs of subsequent generations. Lowering the height minimum for prospective partners on your dating profile is a step toward a greener planet.

Nancy Blaker, a Netherlands-based researcher who at one time studied social status, said that short men, counter to prevailing stereotypes, may “compensate” for being short by developing positive attributes. “It’s not about being aggressive and mean,” she said; “short men behave in smart strategic ways and that can also mean being prosocial.”

My husband, who is 5-foot-6, said it would have been easier to be tall than to have had to put effort into developing his wit, but I know we wouldn’t be married if he didn’t make my cheeks hurt from smiling so hard on our first date.

The problem is we are still under the illusion, as a general principle, that more always adds value. It was my former endocrinologist from Rady Children’s Hospital in San Diego, Alberto Hayek, who laid it out for me. When I tracked down the doctor, who is now retired, I asked why parents whose children have no underlying medical conditions sought growth hormone treatment for them. He said the pursuit of height made sense in a capitalistic society. “Everything is big,” he said, “the buildings, the businesses,” and went on to explain that parents reflect the mind-set that bigger is better when envisioning their offspring.

Another endocrinologist, Adda Grimberg, the scientific director of the Growth Center at Children’s Hospital of Philadelphia, said that though heightism exists, concerned parents wrongly think height is the key to success and belonging. “There are some short people who thrive and do phenomenally well and lead fantastic lives, and there are some tall people who are miserable,” Dr. Grimberg said. “It’s not the height in and of itself that determines the outcome.”

I agree. As a short person, I’ve found the only thing I can’t do is grab things off high shelves. But that works out fine at the grocery store because tall people love to reach for things — it makes them feel like their excessive limbs still have purpose.

In some corners of the world, a celebration of short stature is actually happening. Arne Hendriks, a 6-foot-4-inch lecturer and artist, uses performance and exhibitions to encourage people to embrace fewer inches. He’s even restricted dairy from his sons’ diets and only allows them minimal sugar in an attempt to limit their growth, saving them from the ills of height. “It’s time for tall people to get off our high horses,” Mr. Hendriks said. “Don’t be overly confident when you are tall because you are probably going to die younger, have more health problems and you are polluting more.”

The future I envision is different: I want my children’s children to know the value of short. I want them to call themselves “short drinks of water” with “legs for minutes.” While one yells, “I’m the shortest,” I hope the other will bend his knees to gain an advantage, shouting, “No, I’m the shortest!”

Mara Altman is a writer and author of “Gross Anatomy.”

Tags
Have Short That When Who

Alex Jones, Under Questioning, Is Confronted With Evidence of Deception 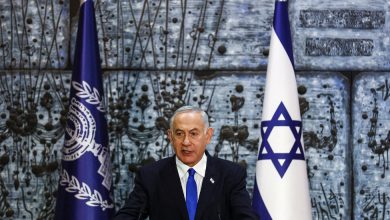 Israelis Have Put Benjamin Netanyahu Back in Power. Palestinians Will Likely Pay the Price.