The marvelous and difficult thing about eggs is that even the slightest tweaks in how they’re cooked can have a huge impact on their finished texture and flavor.

The technique I’m sharing here is a little different from your standard scrambled eggs: You slowly stream beaten eggs into simmering heavy cream, which results in soft ribbons coated in a custardy sauce — and a dish that’s earned a place in my brunch repertoire.

My friend Lara Hamilton, who owns Book Larder, a cookbook shop in Seattle, first turned me onto the idea of cooking eggs in cream when she told me about a recipe for cream-fried eggs in Lisa Steele’s 2022 book, “The Fresh Eggs Daily Cookbook.” In it, you heat heavy cream in a skillet until bubbling, slip a few cracked eggs on top of the cream, then cook it all until the cream breaks and caramelizes. (It’s nearly identical to a technique for caramelized cream eggs that Alexander Talbot published in the long-running industry blog Ideas in Food in 2019.) You wind up with fried eggs that have liquid yolks, cream-coated whites, crispy edges and the rich aroma of brown butter.

I immediately started thinking of how I could play with the technique, and scrambled eggs seemed like a great place to start.

In his 1903 “Le Guide Culinaire,” the chef Auguste Escoffier outlined the typical French process for scrambling eggs with cream, calling the technique “unalterable”: Seasoned beaten eggs are cooked in melted butter while being stirred constantly. Once the eggs are custardy and smooth, they’re finished by stirring in fresh butter and a heavy drizzle of cold cream.

Why cold cream? Egg proteins are particularly sensitive to slight temperature changes. Around 140 degrees, an egg white protein called ovotransferrin will begin to coagulate and set, forming loose curds that start to squeeze out moisture. Around 160 degrees, scrambled eggs will set into firm curds, with no liquid white or yolk remaining. Above this temperature, the eggs will become increasingly firm and dry. These types of temperature swings can occur in a matter of seconds.

Common wisdom is that eggs cooked perfectly in the pan will be overcooked by the time they are on the plate. (This is true whether you prefer your eggs soft and creamy or firm and fluffy.) But there are two ways to mitigate this. One is to cook the eggs very slowly over low heat. And the other is the cold cream method.

Stirring in cream immediately lowers the temperature of the eggs, so you can plate them without overcooking. While cream gives the eggs a sweet richness, you can also finish them with other cool ingredients. Crème fraîche works wonderfully, as does a splash of milk or sour cream, or even an bit of beaten egg held back from the pan until the last moment.

After talking with Lara, I wondered what would happen if I reversed this process: simmering heavy cream in the pan to start, as for cream-fried eggs, then adding in my beaten eggs.

For my first attempt, I poured a thin layer of heavy cream into a nonstick skillet and brought it to a simmer over medium heat while I thoroughly beat together a few eggs and a pinch of salt. (Despite the pervasive warning that salting eggs before cooking them will lead to watery or “gray” eggs, I’ve found that salting eggs while beating them yields moister and more evenly seasoned eggs.)

I let the cream cook down until it was completely broken and caramelized before adding the eggs, stirring them until they were mostly cooked through, then finishing them with a small drizzle of fresh cream to halt their cooking. The results were not great. Adding eggs to a pan that hot caused some of the curds to set up too firmly, while the fat from the broken cream made them greasy.

I decided to skip the caramelization and see what would happen if I treated the eggs more gently. I started the same way, but, this time, once the cream was simmering, I lowered the heat, poured in my eggs and then cooked them as I typically do, stirring slowly and steadily with a silicone spatula. The results were not significantly different from scrambled eggs I’ve made by combining cream with the eggs before cooking. That is, rich, dense and delicious, but not unique.

As I was pouring the eggs into the simmering cream, though, I was reminded of Cantonese egg drop soup, an easy lunch I frequently make for my family. I drizzle beaten eggs in a thin, steady stream into barely simmering broth that has been lightly thickened with starch to the consistency of heavy cream. If you stir the eggs immediately after drizzling them, they’ll set into an unpleasant consistency that resembles curdled milk. The key to achieving velvety ribbons is to leave them alone for 10 to 15 seconds before gently stirring them.

So what would happen if I employed a similar technique using heavy cream instead of thickened broth?

It turns out that applying the egg drop soup method to Western-style scrambled eggs is not a novel idea. In 2006, the chef Daniel Patterson published a recipe for poached scrambled eggs in The New York Times Magazine, in which he drizzles beaten eggs into a pot of simmering water — just as you do for egg drop soup. Then, after they’re set, he drains them in a fine-mesh strainer, a method that bears a resemblance to an old English “buttered eggs” recipe from the 1596 edition of “The Good Huswifes Jewell.” (In it, its author, Thomas Dawson, suggests hanging cooked scrambled eggs in a clean cloth “so that the whey may void from it.”)

I tried Mr. Patterson’s technique as written, then again, replacing the pot of water with a pint of simmering heavy cream. The eggs were even more moist and tender than those poached in water, but I dare say they were too rich with cream, even after thoroughly draining them (not to mention that heating a pot of cream for scrambled eggs is expensive, wasteful and impractical, even for special occasions).

For my next batch, I brought a mere three tablespoons of cream to a simmer in a nonstick skillet, then reduced the heat and drizzled in my beaten eggs. I let them sit in the pan for about 15 seconds, then very gently started stirring with a silicone spatula. I got excited as I stirred, noting how some of the eggs were already set into distinct ribbons, while the still-liquid eggs combined with the cream and slowly thickened into a custardy sauce that coated the ribbons. I finished by adding that final cooling splash of cream and transferred them to a plate. They reminded me of the way a good carbonara sauce enrobes spaghetti, but sweeter and more tender.

Though the eggs were delicious seasoned with just salt and pepper, I was curious if I could incorporate that caramelized cream flavor Lara had raved about — but without the tough, greasy egg problem of my earlier experiment. The workaround I landed on was to heat just a tablespoon of cream in the skillet, let it cook until well caramelized, then add a few tablespoons of fresh cold cream to rapidly reduce the temperature of the pan, stirring to re-emulsify the fat that had broken out. From there, I streamed in my beaten eggs and cooked them as normal. I ended up with creamy, nongreasy ribbons of egg with the nutty flavor of browned butter.

I also tried beating in a handful of minced chives or fines herbes (a mixture or tarragon, parsley, chervil and chives); stirring in some hand-torn bits of lox and minced dill toward the end of cooking; heating some finely diced ham and sautéed mushrooms with the heavy cream before adding the eggs; and, because I couldn’t help myself (and the holidays were upon us), adding a dollop of caviar along with crème fraîche and chives at the end. They were all delicious.

Over the course of testing, I ended up with quarts and quarts of scrambled eggs in the fridge, even after my dog Jamón had extracted his daily treat ration. Luckily, it turns out that cream-scrambled eggs are extremely versatile as leftovers — far more so than regular scrambled eggs, which tend to dry out on reheating. Simply microwaved as is or gently heated on the stovetop with an extra little splash of milk, they are almost as good as they are freshly cooked.

I added them to the wok when making batches of fried rice and pad Thai. I spread the eggs with a sprinkle of cheese on flour tortillas, which I rolled up and toasted in a skillet for excellent breakfast burritos. At the suggestion of Mr. Talbot, of Ideas in Food, I tried mixing them cold with mayonnaise, minced red onion and celery, and chopped dill to make scrambled egg salad, which I might like even better than egg salad made with boiled eggs.

After all of my testing, I reached out to several experts to find out if they’d come across anything similar, including Michael Ruhlman and Jacques Pepín (each a self-proclaimed ovophile) and Lizzie Stark, author of the forthcoming “Egg: A Dozen Ovatures.” She noted vague similarities to a Jean Anthelme Brillat-Savarin recipe in which eggs are scrambled in the hot drippings of a roast, as well as some techniques mentioned by Mr. Escoffier. The closest I could find in Mr. Escoffier’s work was oeufs en cocotte, a dish I used to prepare in my restaurant days by poaching eggs in heavy cream and butter in individual ramekins set in a steam bath. Delicious, but distinct from these cream-scrambled eggs.

Tags
Cream Eggs Heat That With 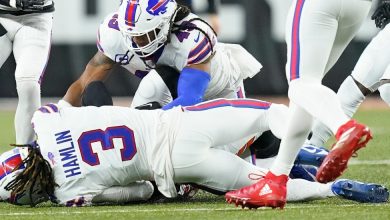 What to Know About Damar Hamlin’s Injury 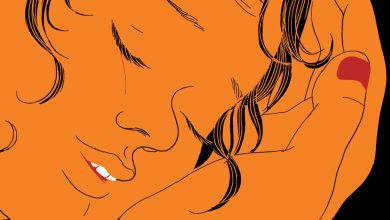 Why the Joys of Parenting Can Be So Difficult to Express 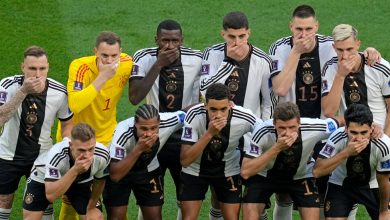 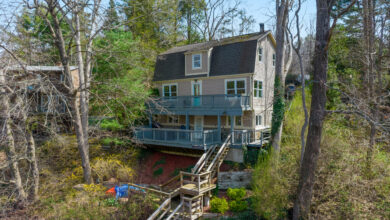