Good morning. It’s Wednesday. It’s time to venture into predictions for 2023. We’ll also look at how progressive Democrats and conservative Republicans are clashing on what may be the most ideologically diverse City Council ever. 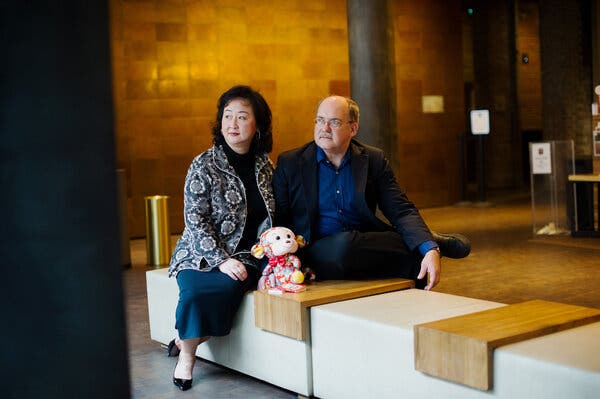 This time last year, I asked Joanna Lee about predictions for 2022. She said, “My heart sank.”

She had her husband, Ken Smith, have compiled and annotated the “Pocket Chinese Almanac” annually since 2010. So — after a year with a war in Ukraine, stubborn inflation in this country and a chronic housing shortage in New York — what do they see ahead?

Financial businesses and the travel industry will have “particularly rocky periods coming up,” Lee said — and it is not clear what will do well in 2023.

They base the forecasts in their little book on the calculations of a geomancer, a Hong Kong architect named Warwick Wong. He said 2023 would be dominated by “wood and fire,” a shift away from “metal,” which had been dominant in recent years.

Smith said “fire” includes energy — oil, natural gas and electricity — as well as what he called “high-energy fields” like public relations, marketing and the law.

“At every turn, you have people who are trying to grab and control the narrative in some way that will offer some kind of clarity” as the pandemic fades, Smith said. He said the arts provided an example: “The initial story was going to be people are going to flock back to entertainment and into theaters, that two years of isolation would be over,” he said. Lee finished the thought: “Now that is not the case, or it is in some areas and not others. People are going out, but they’re more judicious.”

Lee said it was less clear how to translate “wood” to modern life. It could be taken to refer to construction, but when I asked if there would be a construction boom, she said not necessarily. “When one place builds a lot, another place sees a lot of destruction,” she said. “We just don’t know where there will be the boom.”

“The Pocket Chinese Diary” is an ultra-Reader’s Digest version of predictions in larger Chinese almanacs. Each page in their 128-page book measures a mere 4⅛inches by 2½ inches. It is faithful to the original Chinese and, in turn, to the agrarian society that China once was. So, for each day of the year, there is an entry with two headings: “good” and “bad.”

Some days are good for rituals, weddings, breaking ground or other pursuits like “building stoves,” “raising pillars and beams,” “placing doors,” “digging ditches” or “the maiden voyage of a boat.” Some days are bad for those things. Next Tuesday — Jan. 3, the first workday of 2023 — will be good for such things as “cleaning house” and “pest control.”

It is not the day to make wine or distill alcohol. It’s also a bad day for “breaking ground.”

All of those terms are metaphors. Lee said that “cleaning house” was about “paring down to the essentials, or at least what is useful.” As for “pest control,” the almanac notes that “pests today are hardly limited to insects and rodents.”

Lee also said Jan. 3 was not the day to look to. It’s still in the Year of the Tiger. The Lunar New Year, ushering in the Year of the Rabbit, does not begin until Jan. 23, a day that has an unusually long list of “good” pursuits, including some that do not sound metaphorical: meeting friends, moving, starting new jobs, starting a business and “renovating warehouses.”

The sun will be shining and temps will be in the low 40s. At night, it will be mostly clear with low temps around the high 30s.

On an ideologically diverse City Council, the G.O.P. gains

Ari Kagan used to be 1 of 46 on the New York City Council. Now, after doing the politically unthinkable, he is one of only six.

Kagan was a Democrat, and Democrats have an overwhelming majority on the 51-person Council. But he switched parties, joining the Council’s five other Republicans.

My colleague Jeffery C. Mays writes that the switch might help when Kagan runs for re-election next year, even if it means a loss of power and influence on the Council between now and Election Day. Kagan’s district in South Brooklyn is becoming more conservative. But Kagan said that was not the main reason he crossed the aisle. He said he believed that the Democratic Party, especially in New York, had drifted too far to the left.

There are other signs that Republicans are making inroads in New York City, where Democrats outnumber them seven to one. Every borough voted more Republican in last month’s elections than in the 2020 presidential year. Three Democrats in the State Assembly lost to Republicans in South Brooklyn.

Lee Zeldin, the Republican nominee for governor, won Staten Island by 19 points more than Republicans won the borough by in the 2020 presidential election. Gov. Kathy Hochul, a Democrat, defeated Zeldin by the smallest margin in a governor’s race in more than 30 years, in part because of how well Zeldin did in parts of New York City.

Some on the far left have accused Mayor Eric Adams, a moderate Democrat who is a former registered Republican, of serving as an unspoken ally to Republicans. Adams regularly criticizes left-leaning Democrats, including members of the Council, and has a working relationship with Joseph Borelli, a Republican who is the Council’s minority leader.

On the Council, policy disagreements have underscored the gulf between liberals and the handful of Republicans.

Tiffany Cabán, a Queens councilwoman who is on the progressive caucus and leads the Committee on Women and Gender Equity, received threatening emails and calls from the public, along with derogatory and vulgar comments about her Latina heritage and sexual orientation earlier this fall.

The threats closely followed an appearance on Fox News by Joann Ariola, a Republican councilwoman, who called Cabán a “chaos inciter” for suggesting ways that small-business owners could deal with homeless or mentally ill people without calling the police.

“What they’re doing is part and parcel of that far-right playbook,” Cabán said of Republicans on the Council. “You whip up fear and hatred of people of color, queer people, and you foment political violence. It’s what Tucker Carlson does every day. It’s what Marjorie Taylor Greene does.”

Every week since 1976, Metropolitan Diary has published stories by, and for, New Yorkers. Readers helped us pick the best Diary entry of the year, and Owen was a finalist in this year’s voting.

My mother died earlier this year. It was sudden and unexpected. In the weeks that followed, I was taking care of my father in addition to my children. I was so busy that I barely had a chance to cry.

After about a month, I took a day off work to go to the Fotografiska Museum and then to meet my husband for lunch nearby.

After viewing an exhibition of nude photography, I walked directly into one that was a chronicle of the life and death of the artist’s mother.

The weight of the previous month and the unexpected connection to the artist hit me hard. I sat down in the mostly empty museum and sobbed.

I tried to be quiet and inconspicuous there in the dark room, but before long a man approached me and asked if I was OK.

I told him that my mother had died recently and that I just missed her so much.

He sat down next to me, rubbed my back after politely seeking my consent and told me he would sit with me as long as I needed.

I asked his name.

He said he would hold us in his heart and he asked if I needed a hug.

I did. Even in heels, I stood on tiptoes to embrace a total stranger and sob into his shoulder. I thanked him with every fiber of my being.

I skipped the final exhibition and ran to meet my husband. I don’t know why, but I couldn’t bear to see Owen’s face in the light.

Morgan Malget and Ed Shanahan contributed to New York Today. You can reach the team at nytoday@nytimes.com.

During George Floyd Protests, 2 Lawyers’ Futures Went Up in Flames

Hiroshi Miyamura, Given Medal of Honor in Korean War, Dies at 97