To walk into Veniero’s, the belovedItalian pastry shop on East 11th Street, just off First Avenue, is to step into a dreamscape of buttery cookies, cannoli and tarts heavy and trembling with jewel-colored fruit. On one side of the double-fronted building is the main cafe. On the other is the store, inside which, on long glass shelves, are the pastries —  including, on a mid-December visit, those made only at this time of year: Neapolitan struffoli, a little Vesuvius of golden fried dough balls glazed with honey and made merry with rainbow-colored nonpareil sprinkles and candied fruit; pignolatafrom Messina —more fried dough but in large irregular shapes and covered in vanilla-lemon or chocolate icing; susumelle,a soft almond biscuit flavored with honey and orange oil; and three kinds of torrone,the Sicilian nougat candy. There are also yule logs, for which Veniero’s will provide, on request, and little signs that read, “Merry Christmas,” “Happy New Year” or “Happy Hanukkah,” because, as Robert Zerilli, the store’s co-owner, along with his three siblings, and manager, says, “This is New York. We celebrate everything! We sell delicious rugelach.” 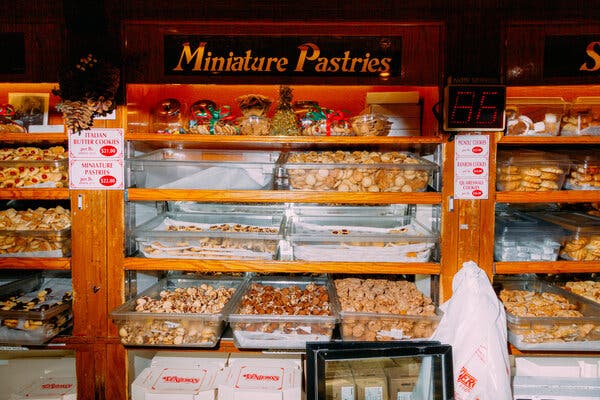 The shelves behind the main counter, added around the 1940s, are filled with handmade cookies.Credit…Daniel Terna

The Zerilli and Veniero families are inextricably linked, he says. Zerilli, 60,is the great-nephew of Antonio Veniero, who founded the shop in 1894, which, he explains, makes him the fourth generation of the dynasty to run the place. Sipping espresso with us at the back of the store is Frankie Zerilli, Robert’s son, a talented drummer who will be the fifth generation; at 34, he already helps with deliveries and much else.

Recently, my doctor said it wouldn’t hurt to lay off the sweets, but does that mean, I wonder, that I can’t try the pizza rustica, a sort of piquant Italian quiche stuffed with ricotta, mozzarella, prosciutto, salami and ham? Almost certainly off limits is my absolute holiday favorite, the roccoco cookie, a Neapolitan specialty shaped like a doughnut with a hole in the middle; made with almonds, cashews, cinnamon and vanilla, it’s spicy, sweet and crunchy. “A roccoco is best for dunking,” says Robert Zerilli. “You can dip it in an espresso, or a glass of vin santo.”

The cookie is traditionally baked and sold from Dec. 8, the Feast of the Immaculate Conception, to Epiphany (Three Kings Day) on Jan. 6. “By mid-December we are locked and loaded for the holidays,” says Zerilli. He tells me that, over the next few weeks,  the store will probably sell “6,000 pounds of cookies.” Among his own Christmas favorites is the cucidati, a traditional ring- or diamond-shaped cookie with a filling of figs, orange, walnuts, raisins, almonds and sugar that’s marinated in red wine for two days before the whole thing is baked. “It’s like a Fig Newton on steroids,” he says.

Every regular customer has their own order. Jolie Alony, a friend of mine and the co-owner with her husband of SoHo’s Thompson Chemists, comes in for the strawberry shortcake. Another friend, Rona Middleberg, a former N.Y.U. administrator who lives in the Village, loves the anisette toast. “The other day, I bought three pieces of it because if I have more around the house I eat it all,” she says. “The woman who checked me out said, ‘It hardly weighs anything, just give me a dollar.’ Veniero’s is like old times.”

A circa mid-1940s photograph of Veniero’s. Pictured from left to right are Peter Veniero, the son of Veniero’s founder, Antonio Veniero; Frank Catinella, a cousin of Robert Zerilli’s father, Frank Zerilli, and a manager at the bakery; an unidentified employee; Frank Zerilli, then also a manager.Credit…Courtesy of Veniero’s

More than two million Italians arrived in New York between the late 1880s and the early 1910s, many coming through Ellis Island and most desperately poor. Large numbers settled in Harlem, the Bronx and Brooklyn; others headed to Lower Manhattan, in particular to Greenwich Village —  along Sullivan and Bleecker Streets — and, most famously, to the area surrounding Mulberry Street that would become the Little Italy of the Lower East Side.

Antonio Veniero, born near Sorrento in 1870, arrived in New York when he was 15 and went to work in a candy factory. He bought the building on East 11th Street in 1894 and began producing his own handmade confectionery there; when customers asked for something to go with it, he began offering espresso and biscotti. It was backbreaking work: There was no electricity; ice came in hundred-pound blocks; deliveries were made on horse-pulled carts. Pastry was baked in a coal oven in the store’s backyard, which is now part of the cafe.

Zerilli’s father, Frank, began working at Veniero’s in the 1930s and bought the business in 1970. Zerilli did weekend shifts at the bakery in the late ’70s and came on full time in 1981. He opened the back-room cafe in 1994, the year of the store’s 100th anniversary. His father died one month later. Both Zerilli and Frankie went to college before returning to work at the store but Zerilli often says to his son, “Remember, Grandpa said, ‘The best college is right here.’” He shows me a favorite photo of his father with the other Frank, Sinatra that is, taken around 1980. Sinatra, looking amiable, his arm around Zerilli’s shoulders, wears a crucifix and is holding a cigarette and a large sesame seed biscuit in the same hand. “It’s called a regina,” says Angelo Santamaria, Veniero’s head pastry chef. “Sinatra liked it crunchy.

The pastry display case, filled with confections including tiramisu, rumbaba and fruit tarts.Credit…Daniel Terna
A photograph of Frank Sinatra and Frank Zerilli, circa 1979. Sinatra is holding a regina pastry that Veniero’s made specially for the singer, who liked them large with a crunchy exterior.Credit…Courtesy of Veniero’s
Rolling pins line the wall in the basement workshop, above the 100-year-old marble counter.Credit…Daniel Terna
Racks of marzipan-laced sponge cake, layered with raspberry jelly, ready to be dipped in chocolate and sliced into rainbow cookies.Credit…Daniel Terna

Santamaria started working at the bakery in 1981, when he was 21. “I love what I do,” he says, leading me down a death-defyingly steep flight of stairs to the kitchen, where I am met with a hot, mouthwatering blast of sugar- and butter-scented air from the two immense gas ovens that Santamaria turns on every morning when he gets in at 5. He runs his hand over a 100-year-old marble work top, scarred and dented from a century of work, of dough pounded and rolled and shaped. Each cookie, tart and cake at Veniero’s is fashioned and finished by hand by one of the store’s 16 bakers.

Above the main store are the rooms where cakes are assembled and decorated. Santamaria is partway through making a large cannoli cream cake for his namesake grandson’s fourth birthday. Born in Sicily, Santamaria grew up in a brownstone in Carroll Gardens when it was a predominantly Italian Brooklyn neighborhood; he lives in New Jersey now. “I love that I’ve invented some things,” he says. These include a proprietary chocolate layer cake: a very dense dark sponge made with what he calls “extra brew cocoa,” a roasted variety imported from Italy, topped with chocolate ganache. He is famous for his exquisite wedding cakes. As I watch him put the confection together like a sculptor, I ask if tastes have changed during his years here. “People like more whipped cream now, more of a Bavarian style,” he says, “and chocolate pastries rather than the classic Southern Italian ones.”

Back downstairs in the rear cafe, whose ceiling is painted like a blue sky with clouds, I eat a slice of Italian cheesecake; dense with creamy ricotta, it’s topped with a sweet dough crust the color of crème caramel. Playing in the background is first Ella Fitzgerald and then, of course, Sinatra. The music, the family history and the traditional flavors are all baked into the holidays at Veniero’s, but nothing is self-conscious; it’s just this way because it always has been.

“I love it because it’s a step back in time when there are so few of these old places left,” says the actor Steve Schirripa later over the phone. Currently playing Anthony Abetemarco in the CBS police procedural “Blue Bloods,” he is perhaps best known for his role as Bobby “Bacala” Baccalieri in “The Sopranos.” Last year, after he and Michael Imperioli, who played Christopher Moltisanti in the show, were finished recording their podcast about the series called “Talking Sopranos,” on most days, “Michael and me, we’d go over to Veniero’s for a cappuccino and a pastry,” he says. “And I send their cookies for gifts all over the country.” I ask what his favorite is. He replies, with relish, “Could you ever go wrong with a cannoli?”

Tags
Cake Frank That With Work 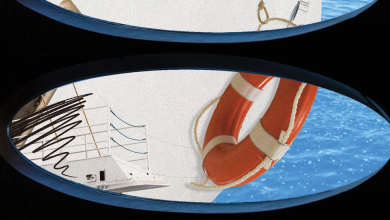 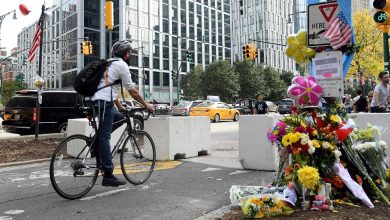 Bike-Path Terror Trial Is Wrapping Up in Federal Court 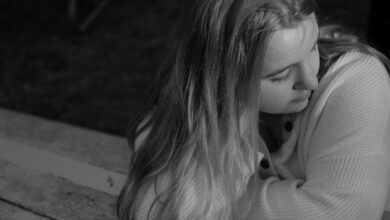 This Teen Was Prescribed 10 Psychiatric Drugs. She’s Not Alone. 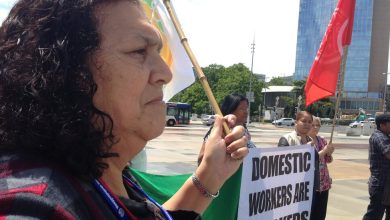 Myrtle Witbooi, Who Fought for Domestic Workers’ Rights, Dies at 75