It was match point, which Serena Williams had faced many times before. It was career point, which was startlingly new territory for one of the greatest athletes of any era.

But Williams, on this night like no other at the U.S. Open, remained true to herself and her competitive spirit on Friday, with the end of her 27-year run as a professional tennis player suddenly becoming very real.

Yes, Ajla Tomljanovic was about to serve for a place in the fourth round, at 40-30 with a 5-1 lead in the third set. But Williams, clearly weary after nearly three hours of corner-to-corner tennis, was not yet prepared to accept what looked inevitable.

She saved one match point with a swinging backhand volley. She saved a second with a cocksure forehand approach that Tomljanovic could not handle. She saved a third with a clean forehand return winner that had fans in the sold-out Arthur Ashe Stadium shouting: “Not yet! Not yet!”

“I’ve been down before,” Williams said later. “I think in my career I’ve never given up. In matches, I don’t give up. Definitely wasn’t giving up tonight.”

She saved a fourth match point. She saved a fifth, and by now it was clear, as the winners and bellows and clenched fists kept coming, that Williams would get a fitting finish.

A record-tying 24th Grand Slam singles title in her farewell tournament at age 40 was always going to be a long shot. An inspiring last dance was no guarantee, either, given all the matches and miles in her legs and all the rust on her game in recent weeks.

But she salvaged it in New York. She conjured it with all of her pride, power and sheer will. She found a familiar gear in the second set of her opening-round victory over Danka Kovinic. And she stayed in that groove as she defeated the No. 2 seed Anett Kontaveit in the next round before coming up against Tomljanovic, a tall and elegant baseliner who represents Australia but lives in Florida, and who was born and raised in Croatia.

Barring a major change of heart from her much more famous opponent, Tomljanovic will be the answer to the trivia question “Who was the last player to face Serena Williams in an official match?”

But while Williams could not fend off the sixth career point, striking a low forehand into the net, she did strike a much more appropriate final note at Flushing Meadows than if she had chosen to forgo this final comeback.

At last year’s Wimbledon, she retired with a leg injury before the first set of her first-round match was done, crying as she hobbled off the Center Court grass where she had won so often.

She was 39 then and took nearly another year to return to competition. But as the tears came for a different reason on Friday night on court in her post-match interview, and then again in her news conference, it was evident that she had gotten a measure of what she was searching for by returning to play.

She gave herself a suitably grand stage to thank her fans and her family, including her parents, Richard Williams and Oracene Price, and her big sister, Venus Williams, who was watching from the players box just as she did when Serena won the family’s first Grand Slam singles title at the U.S. Open in 1999. They went on to win 29 more, Serena finishing with 23 and Venus, though not yet retired, almost certainly finishing with the seven she has now.

“I wouldn’t be Serena if there wasn’t Venus, so thank you, Venus,” Serena said. “She’s the only reason that Serena Williams ever existed.”

Though Williams was still struggling to use the word “retirement” herself on Friday, the WTA Tour was not as it congratulated Williams on a grand career. Nor did Williams give herself much wiggle room when asked what it might take to bring her back for more.

“I’m not thinking about that; I always did love Australia, though,” she said with a smile, referring to the next Grand Slam tournament on the calendar: the Australian Open in January.

But that sounded much more playful than serious, and she soon turned reflective, talking about motherhood and life away from competition, which she has already experienced at length during the coronavirus pandemic and in her latest year away from tennis.

“It takes a lot of work to get here,” she said of the U.S. Open. “Clearly, I’m still capable. It takes a lot more than that. I’m ready to, like, be a mom, explore a different version of Serena. Technically, in the world, I’m still super young, so I want to have a little bit of a life while I’m still walking.”

It is Williams’s call, of course (of course!), but it seems the right choice and the right time. Though she is correct that her level was often remarkably and surprisingly high this week, it is also true that the last time she lost this early in singles at the U.S. Open was in her first Open appearance in singles in 1998.

Tomljanovic did herself proud on Friday, effectively countering Williams’s signature power and handling the deeply partisan and sometimes unsportsmanlike crowd with great composure and dignity. Fans cheered for Tomljanovic’s missed serves and errors, and with the match in its final stages, some shouted “Serena!” in the midst of her service motion.

She said she borrowed a trick from Novak Djokovic, who won the 2015 U.S. Open men’s singles final against Roger Federer in a very pro-Federer atmosphere by, he said, imagining that they were cheering “Novak” instead of “Roger.”

“I mean, I used that,” Tomljanovic said. “And I also, just, really blocked it out as much as I could. It did get to me a few times, internally. I didn’t take it personally because, I mean, I would be cheering for Serena, too, if I wasn’t playing her. But it was definitely not easy.”

Tomljanovic gathered herself impressively after Williams seized the second set in a tiebreaker and then broke Tomljanovic’s serve in the opening game of the third set. Tomljanovic also graciously and respectfully hit all the right notes in her on-court interview, even though she had been reluctant to follow Williams to the microphone.

“I have known Ajla since she was 12 years old, and I have never been prouder of her,” said Chris Evert, the former No. 1 who has been a mentor to Tomljanovic but watched the match from afar, in Aspen, Colo., where one of her sons was to be married on Saturday.

Tomljanovic’s victory will certainly provide premium content for Netflix, which has been following her and several other players closely all season as it films the tennis version of “Formula 1: Drive to Survive,” its behind-the-scenes automobile racing series.

But Tomljanovic, who swept the last six games of what is almost certain to be Williams’s final match, is also an unseeded 29-year-old veteran who has never been ranked in the top 30 in the world and has yet to advance past the quarterfinals in a major tournament. That she had the tools to stand toe-to-toe with Williams and prevail is one more hint that Williams’s time at the top of the game has truly passed.

What was also clear on Friday as the match extended well past two hours and into a third set was that Williams’s stamina and speed were fading. That is understandable with her lack of match play in recent months and in light of all the physical and emotional energy she was absorbing and expending with the public roaring her on. She also had played an intense doubles match the night before in Ashe Stadium, losing in two close sets with Venus.

But understandable does not negate the reality that she looked late to the ball, and often nowhere near the ball, as Tomljanovic broke up baseline rallies by firing winners to break her for a 5-1 lead.

It looked, just for a moment, as if Williams, one of the most ferocious competitors in tennis history, would have a sotto voce finish.

Instead, she dug in and dug deep, drawing strength from past revivals and again showing no fear of swinging for the lines with a Grand Slam match at stake.

Should we really have been surprised?

As the points and great escapes piled up, Pam Shriver, the ESPN analyst sitting courtside, turned to those of us in the same row and said wide-eyed, “There should be a documentary just about this game.”

Not a bad call, but perhaps better to make it the final act of a documentary about this week, when Williams shook off the rust for three final rounds and gave the crowds and all those who have followed her for nearly three decades, through triumphs and setbacks, an extended reminder of what made her great. 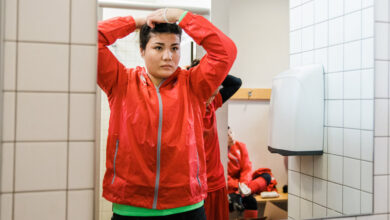 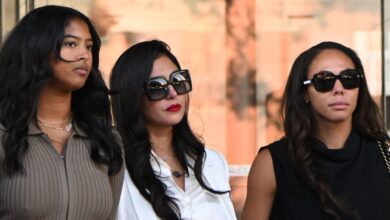 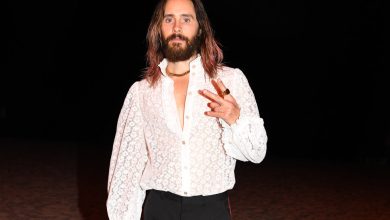