HINCKLEY, Minnesota — Just after 9 p.m., a noticeable quiet descended on the van full of sweaty athletes who had already been running and driving for 13 hours. We weren’t even halfway through our roughly 200-mile relay race, and the sun was already setting as we dug out our headlamps and reflective gear.

I knew the thought that was on everyone’s mind:

We signed up to do this?

But it takes a special type of eccentric runner to sign up for long-distance relay races, ones that are made up of teams of 6 to 12 runners, one or two vans per team and a mountain of logistics.

I was one of them on Aug. 12, when I ran my third Ragnar Relay, this one from Minneapolis to Duluth, Minn. I was joined by an eclectic group of athletes: a few thousand runners who took time off from work to sleep a little and drive and run a lot.

Runners take turns covering legs of the race ranging from three miles to 13 miles. If you aren’t running, you are driving a van, eating or attempting to rest — or swinging a cowbell out the van window to cheer on the other teams. When it’s your turn to race, your van drops you off at an exchange point where your teammate passes the baton (in this case, a slap bracelet). The race continues through the night until runners reach the finish line, which takes most teams more than 24 hours.

These relay races have only grown in popularity since the Hood to Coast Relay — which calls itself the “mother of all relays” — was founded in 1982 with eight teams. The race, which extends from Mount Hood to Seaside, Ore., has had an annual waiting list of 40,000 people since the early 2000s. This year’s event, scheduled for Friday, will include 19,000 participants and 3,600 volunteers.

“Relay races are inherently different,” said Dan Floyd, the chief operating officer of the Hood to Coast Race series. “It’s a team approach instead of an individual approach.”

The camaraderie draws a diverse array of people: athletes who miss the relay races of their high school days; current high school students who are training for their cross-country season in a new way; and parents who spend time away from the kids to sleep even less.

Some runners were wearing Chicago Marathon T-shirts and Ironman visors. Others were flashing Nike Vaporfly shoes or a floppy chicken hat. These are athletes who decorate their vans with team names like “Chafed Up Beyond All Recognition,” “Worst Pace Scenario” and “Black Velvet Toenails.” There are teams that put together organizational spreadsheets a year in advance and teams whose members shave their chest hair in the shape of the Ragnar logo.

When competing in such a grueling event, there’s a fine line between “this is terrible” and “let’s do it again,” Amber Sadlier, a senior race director for Ragnar, said. Much of the motivation comes from the teams.

“These are people who value human relationships,” Sadlier said. “Look, you could go on a cruise or to Disney World, but instead you take the money and put it toward Ragnar.” (Beyond the entry fee, the expenses of a van, gas, food, hotels and flights can add up.)

As the sun started to rise in an exchange zone farther along the route, I overheard a woman wearing a 2022 Boston Marathon jacket say, “I forgot about this part: no sleep!” I watched as men curled up in sleeping bags, desperate to be horizontal for a few minutes before their teammates zoomed in for a baton handoff. Soon, in a daze, I found myself following a team wearing hot pink, carrying a flag and vuvuzelas and sporting Ragnar-logo tattoos.

“We’re kind of Ragnar famous,” Angela Voth said of the team that she and her husband, Justin Voth, started in 2012. They are the Bacon Slayers, a group of family and friends who signed up for one race as a bucket-list item and have completed 20 Ragnar races together since. The Ragnar series now has more than 30 relays across the U.S. and South Africa.

As I wished them luck, I looked more closely at the shape of their teammate’s handlebar mustache. “Is that the Ragnar logo?” I asked.

“Obviously,” they responded in unison.

The Bacon Slayers are one of many teams that make long-distance relays a tradition. Many Hood to Coast teams have been competing since the race’s early years. Many Ragnar participants travel the country together to try different courses. And many sign up again and again, even if they intended their first race to be “one and done.”

“This is vacation money,” Sadlier said. “And it’s a lot of money, and it’s hard, and it’s 2 a.m. and someone is griping and someone is bleeding and then there’s this ‘Why did I do this?’ and then you get to the next day.”

The early morning hours of the race were a blur. After getting pumped up by the Bacon Slayers, I passed out in the van, only to be awakened by a teammate’s request. One of our runners was dealing with knee pain. Could I run her leg?

Sure, I said, in a half-conscious state. A few seconds or a few minutes later — it’s hard to say — I was roused again and gently shoved out of the van to run.

Where was I? What was happening? How long is this leg?

I pinned a bib to my shorts and stumbled into the exchange zone with two shoes tied and one eye open.

We signed up to do this. And I, along with everyone else, was still smiling. 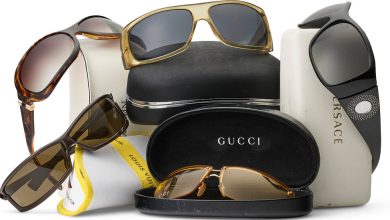 The Fashion Sale of the Century 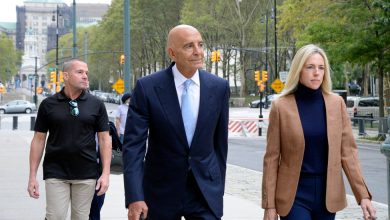 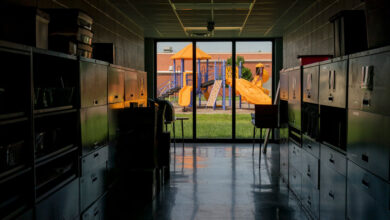 How Bad Is the Teacher Shortage? Depends Where You Live. 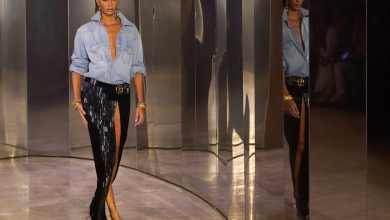 A Quartet of Debuts