Rudy Gobert, the Minnesota Timberwolves center and French basketball star, rode the same wave of emotions as many of his French compatriots during the men’s World Cup final this month. Angst. Hope. Agony.

When it ended, with France losing to Argentina in penalty kicks, he reached out to his friend, the 24-year-old French star Kylian Mbappé, who had scored three goals in the championship match.

“I was really proud of him,” Gobert said. “He showed the world who he is. He’s only getting better and better. That’s what I told him.”

Gobert thought Mbappé must have felt like he did after he lost to Spain in the EuroBasket final with the French national team three months ago.

“Obviously, it’s not as watched as the soccer World Cup, but it’s the same feeling when you lose, when you’re so close to being on top and lose in the final,” Gobert said. “So just got to use that pain to just keep getting better.”

Gobert, a three-time N.B.A. defensive player of the year, has been going through a challenging period of his own.

This summer, the Utah Jazz traded him to Minnesota, which bet its future on Gobert’s ability to help the franchise win its first championship. The Timberwolves gave the Jazz four draft picks, four players and the right to swap picks in 2026.

“The average fan might not understand what I bring to the table,” Gobert said, “but the G.M.s in the league do.”

In Minnesota, Gobert joined his fellow big man Karl-Anthony Towns, and the team has struggled to adjust to its new makeup. The Timberwolves went on a five-game winning streak in November, but Towns has been out since he hurt his calf Nov. 28 and Gobert has missed a few games. Minnesota was 16-18 entering Wednesday’s game against New Orleans.

Gobert recently sat down with The New York Times to discuss his transition to Minnesota; how he handles criticism; racism in Utah; and his relationship with his former Jazz teammate Donovan Mitchell, who was traded to Cleveland in September.

This interview has been condensed and edited for clarity.

Gobert’s scoring is down this season, to 13.9 points per game from 15.6 per game last season in Utah.Credit…Chris Szagola/Associated Press

People like to focus on the fact that it’s two big men that play together, but there is always a process of adjustment when a player like me joins another team. Building chemistry takes time.

Is it hard when you’re going through that process and there are so many eyes on how it’s going?

It’s not hard for me. I want to win, I’m a competitor, so it’s hard to lose. But at the same time, I’m able to understand the bigger picture and to understand that you got to go through pain to grow. I’ve said every time people ask me, it’s going to be some adversity. And when adversity hits, obviously everybody will have something to say. People are always going to have opinions.

A lot of people celebrate my failures. It’s kind of like a mark of respect for me just to have people that just wait until I do something wrong or until my teams start losing. Then they become really, really loud. And when my teams do well it’s quiet again. You know, I kind of embrace that it’s part of the external noise that comes with all the success that we’ve had in Utah and over the last few years in my career.

When did you first feel that people were celebrating your failures?

Once I started to have success, when I started winning defensive player of the year, All-N.B.A., being an All-Star. When my team, when we started winning like 50 games and stuff. The people on social media are always the loudest. When I go outside, it’s usually all the interactions are positive.

Social media is a different place, and the people that have a lot of frustration can put it out there. The fans are going to have opinions. I’m more talking about the media.

A lot of people talk about Utah as being a difficult place for Black players, for Black people in general. Did you ever have experiences like that as a Black player when you were there?

My family and I never had any bad experiences. I’ve always had a lot of love over there. But I can understand, for me being an N.B.A. player and for a young Black man that’s maybe the only Black guy in his school, treatment can be different. People talk about Utah, but it’s similar everywhere when there’s not a lot of diversity. It’s part of every society in the world that people that can be marginalized for being different color of skin, different religion. There’s always going to be kids at school that’s going to bully people for being different.

You went through a very strange experience a couple of years ago in Utah as the first N.B.A. player known to have tested positive for the coronavirus. You were blamed for spreading it within the league, even though no one really knew how it happened. How did that experience affect you?

It was a really tough experience for me, dealing with all that, obviously, Covid, but also everything that came with it. Thanks to — yeah, it was a tough experience, but I think it made me grow.

Did you say ‘thanks to media’?

No, I stopped saying what I was going to say. But I remember a lot of things that happened. I won’t forget, you know. There was a lot of fear. There was a lot of narratives out there. I was a victim of that. But at the same time, a lot of people were going through some really tough moments. I had to get away from what people are saying about me. It was people that don’t even know me. And I know that when you have something like that that’s happening, people are really stressed out and it was tough for everyone.

There was a lot of conversation about your relationship with Donovan Mitchell, at that time and afterward. How do you view how that relationship was?

I think it was a tough situation for me, just like it was a tough situation for him. After that, we came back to have a lot of success as a team. As of today, Donovan is someone that I want to see him happy. I want to see him succeed. I want him and his family to be great. Things happen, and sometimes people can do things to you that can hurt you. A lot of times it’s out of fear, you know. So you just have to grow through that and see past that.

You mentioned people will do things that hurt you. Do you mean Mitchell? 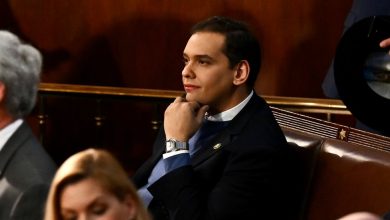 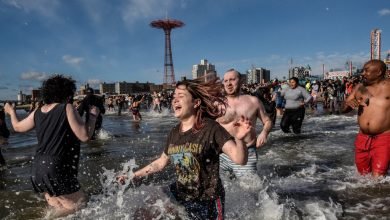 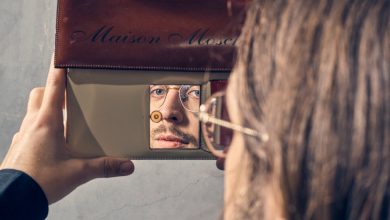 He Helps the RealReal Keep it Real