For politicians in some places in the United States, election losses tend to prompt a kind of soul-searching.

In Albany? Not so much.

Just two months after New York voters delivered New York Democrats a drubbing at the polls, it’s not clear if the message is penetrating the party’s thicket of dysfunction and hubris.

The hubris made an appearance over the holiday, when the governor approved a 29 percent pay raise that the State Legislature gave itself in December. And the Democratic Party chairman, Jay Jacobs, remains in his post, never mind the shellacking his party received in November, in which Republicans flipped four House seats and came surprisingly close to taking the governor’s mansion in a heavily Democratic state.

Most concerning, Gov. Kathy Hochul and the State Legislature, which began its new session this week, appear prepared to return to business as usual, which means cautiously tinkering with policy while they are fixated on crises of their own making. The first questions before the Legislature include whether to approve Ms. Hochul’s choice for chief judge of the New York State Court of Appeals, whom liberals oppose because of his conservative-leaning rulings in labor, abortion and criminal justice cases — as well as more mundane headaches, like whether to remove a newly elected Republican assemblyman who is facing questions about whether he lives in the borough he was elected to serve. (Lester Chang, the assemblyman in question, says he does.)

Back in the real world, New York is suffering.

A crisis in confidence over public safety in the state, made worse by persistent concerns over gun violence and hate crimes, continues, even as it’s clear some progress is being made.

Unemployment in the state remained higher than the national rate in 2022, and it is especially high in New York City, where unemployment averaged 6.2 percent, according to an analysis from the state’s comptroller. Among Black residents in New York City, that figure was more than 10 percent.

More and more, living in New York is out of reach not just for working-class or middle-class residents but nearly anyone without a trust fund. If the governor and Legislature tried apartment hunting in New York City right now, they would discover that the median rent for a two-bedroom apartment in New York City this January is $4,890 — more than 20 percent higher than this time last year. Little wonder then, that 67,000 people slept in city shelters this week, more than 20,000 of them children.

What is required from Albany is not business as usual, but bold, swift action on the issues that residents in the state are confronting in their daily lives.

That means finding new and creative ways to expand the state’s economy and improve public safety, including by further strengthening its gun laws. Among the bright spots last year was a measure that Ms. Hochul pushed for in the wake of the mass shooting in Buffalo, which made the red flag laws barring individuals who may pose a risk to themselves or others from obtaining a firearm more effective. In the six months after the law was changed, judges approved more than 2,000 such orders, a significant increase from the year before, according to the Albany Times Union newspaper.

New York needs Ms. Hochul and the Legislature to deliver that kind of relentless focus on housing. The way to begin is to do everything possible to spur housing production.

For one thing, this means coming up with a new kind of tax incentive for developers that encourages more truly affordable housing. The state’s previous program, known as 421a, mostly created units for high-income people even as it cost taxpayers $1.7 billion per year. Albany allowed it to expire last year without replacing it.

In December, the governor said she would build 800,000 units of housing in the state over the next decade. That’s good, but the harder task is to push for zoning and tax changes across the state that will allow the region to build the multifamily housing needed to truly end the crisis and let New York grow.

Voters will know Ms. Hochul and the Legislature are serious about the housing crisis when they start fighting — hard — to build multifamily housing in suburban areas like Long Island, where it is decades overdue. The governor backed off similar proposals last year, wary that doing so might alienate voters in Long Island, where multifamily housing has historically been unwelcome. In the end, Long Island voted Republican anyway.

Ms. Hochul and other Democrats should discard this tepid, safe approach to policymaking. It is failing the state, as well as the party. Ideally, the governor can work with local communities to build support for zoning changes to permit multifamily housing. But the governor can also make clear that infrastructure dollars for Long Island are contingent on welcoming the housing the region needs.

The failure to boldly address central issues like housing is in part why, while Democrats outperformed expectations nationally, the outcome in New York was just the opposite.

New York Democrats bungled their shot at congressional mapmaking last year, then went on to lose four House seats, a series of events that was not only embarrassing for the state party, but played a pivotal role in delivering the House into Republican hands. Democrats lost several State Assembly seats, too, though they held on to their supermajority, thanks to a more than 2:1 advantage in registered voters that Democrats enjoy in New York.

In spite of that overwhelming advantage, Governor Hochul won re-election with just 53.2 percent of the vote in November. For comparison, Gretchen Whitmer of Michigan motivated voters in a decidedly less Democratic swing state and was re-elected by a much larger margin.

In this new year, New York Democrats have a chance to deliver on the issues that truly matter to people who live in the state — and give their voters a reason to show up at the polls.

Tags
New New York That This Was 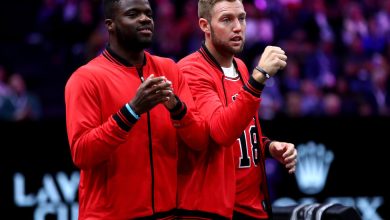 Meet the opponents for Federer and Nadal: Frances Tiafoe and Jack Sock. 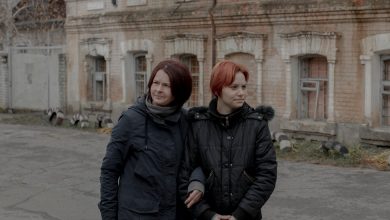 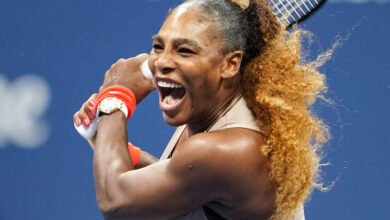 Power and Grit That Changed The Game 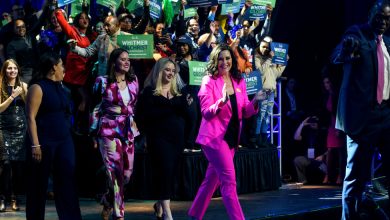 Women Are on the March