WASHINGTON — The Biden administration sued Idaho on Tuesday over a strict state abortion law set to take effect this month that the Justice Department said would inhibit emergency room doctors from performing abortions that are necessary to stabilize the health of women facing medical emergencies.

The lawsuit, announced by Attorney General Merrick B. Garland, is the first Biden administration has filed to protect access to abortion since the Supreme Court ruling in late June that ended the constitutional right to terminate pregnancies.

Since then, Mr. Garland noted at a news conference on Tuesday, “there have been widespread reports of delays and denials of treatment to pregnant women experiencing emergencies.” The lawsuit argues that a federal law, the Emergency Medical Treatment and Labor Act, bars states from imposing restrictions that would prevent emergency room doctors from treating those women.

“If a patient comes into the emergency room with a medical emergency jeopardizing the patient’s life or health, the hospital must provide the treatment necessary to stabilize that patient,” Mr. Garland said. “This includes abortion when that is the necessary treatment.”

Last month, after the federal Department of Health and Human Services put out guidance to ensure access to abortion in certain emergency situations at hospitals that take Medicare funding, Attorney General Ken Paxton of Texas filed a lawsuit challenging the rules.

The new case raises similar legal issues about the scope of federal law to protect emergency room doctors who decide abortions are necessary to treat dangerous pregnancy complications that fall short of a direct threat to the life of a patient. This time, however, the federal government is the plaintiff, not the defendant.

The Justice Department is also seeking an injunction barring Idaho from enforcing its strict abortion law on emergency room doctors, nurses and lab technicians who assist with abortions in emergency situations — including instances in which women face conditions like ectopic pregnancies, severe pre-eclampsia or pregnancy complications threatening septic infections or hemorrhages.

Idaho’s near-total ban on abortion contained a trigger that would allow it to take effect shortly after any ruling by the U.S. Supreme Court overturning its Roe v. Wade abortion rights precedent. Because the court issued such a ruling earlier this summer, the Idaho law is set to take effect in about three weeks.

The legislation bans abortion except when necessary to save the life of a pregnant woman — but not to protect her health — or in cases of rape or incest that were previously reported to the authorities.

It allows law enforcement officials to arrest and indict a doctor whenever an abortion has been performed, regardless of the circumstances; it is up to the doctor, as a defense at trial, to prove that one of the narrow exceptions to the ban applied. As a result, critics of the law say that doctors will be afraid to perform abortions under any circumstances.

The Justice Department’s lawsuit seeks a declaration from a court that Idaho’s law is invalid if applied to situations covered by the Emergency Medical Treatment and Labor Act because the U.S. Constitution makes federal law supreme over state law where the two conflict.

“Even in dire situations that might qualify for the Idaho law’s limited ‘necessary to prevent the death of the pregnant woman’ affirmative defense, some providers could withhold care based on a well-founded fear of criminal prosecution,” the department’s complaint said.

It continued: “Idaho’s abortion law will therefore prevent doctors from performing abortions even when a doctor determines that abortion is the medically necessary treatment to prevent severe risk to the patient’s health and even in cases where denial of care will likely result in death for the pregnant patient.”

In a statement, Gov. Brad Little of Idaho, a Republican, described the lawsuit as “federal meddling” and said the Supreme Court had “returned the issue of abortion to the states to regulate — end of story.”

“The U.S. Justice Department’s interference with Idaho’s pro-life law is another example of Biden overreaching yet again,” Mr. Little said.

Appearing alongside Mr. Garland, Vanita Gupta, the associate attorney general and the head of a Justice Department task force on reproductive rights, said that her working group had been studying the “fast-changing landscape” of state legal restrictions on abortion since the Supreme Court’s ruling. She suggested that more lawsuits were likely to follow.

“We know that these are frighting and uncertain times for pregnant women and their providers,” she said. “The Justice Department, through the work of its task force, is committed to doing everything we can to to ensure continued, lawful access to reproductive services.” 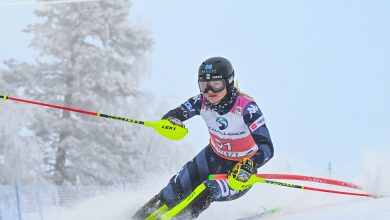 A Horrific Crash. A Mangled Leg. A Crazy Fast Comeback. 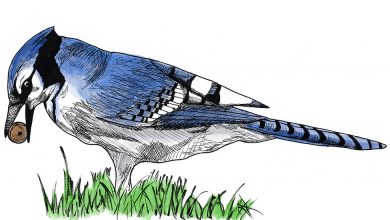 After a Frantic Year, It’s Time for ‘Slow Birding’ 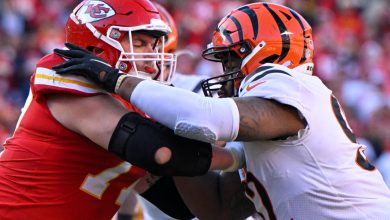 What to Watch For in the A.F.C. Championship Game 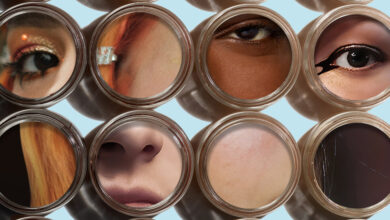