An associate of Rudolph W. Giuliani, President Donald J. Trump’s personal lawyer, tried to pass a message to Mr. Trump asking him to grant Mr. Giuliani a “general pardon” and the Presidential Medal of Freedom just after the Jan. 6 attack on the Capitol, according to a new book.

The associate, Maria Ryan, also pleaded for Mr. Giuliani to be paid for his services and sent a different note seeking tens of thousands of dollars for herself, according to the book, “Giuliani: The Rise and Tragic Fall of America’s Mayor,” by Andrew Kirtzman, who had covered Mr. Giuliani as a journalist. The New York Times obtained an advance copy of the book, which is set to be released next month.

Bernard B. Kerik, Mr. Giuliani’s close adviser and the New York City police commissioner for part of his time as mayor, stopped the letter from getting to Mr. Trump. And it is unclear if Mr. Giuliani, who helped lead the efforts to overturn the 2020 election but has repeatedly insisted he did not seek a pardon shielding him from potential charges, was involved in the request.

But the letter adds another layer to the complex picture now swirling around Mr. Giuliani as he faces legal fallout from his efforts to try to help Mr. Trump cling to power, including being notified that he is a target in at least one investigation.

“Dear Mr. President,” Ms. Ryan wrote in the letter, dated Jan. 10, 2021, according to the book, “I tried to call you yesterday to talk about business. The honorable Rudy Giuliani has worked 24/7 on the voter fraud issues. He has led a team of lawyers, data analysts and investigators.”

Making a case against Trump. The House committee investigating the Jan. 6 attack is laying out a comprehensive narrative of President Donald J. Trump’s efforts to overturn the 2020 election. Here are the main themes that have emerged so far from eight public hearings:

An unsettling narrative. During the first hearing, the committee described in vivid detail what it characterized as an attempted coup orchestrated by the former president that culminated in the assault on the Capitol. At the heart of the gripping story were three main players: Mr. Trump, the Proud Boys and a Capitol Police officer.

Creating election lies. In its second hearing, the panel showed how Mr. Trump ignored aides and advisers as he declared victory prematurely and relentlessly pressed claims of fraud he was told were wrong. “He’s become detached from reality if he really believes this stuff,” William P. Barr, the former attorney general, said of Mr. Trump during a videotaped interview.

Pressuring Pence. Mr. Trump continued pressuring Vice President Mike Pence to go along with a plan to overturn his loss even after he was told it was illegal, according to testimony laid out by the panel during the third hearing. The committee showed how Mr. Trump’s actions led his supporters to storm the Capitol, sending Mr. Pence fleeing for his life.

Fake elector plan. The committee used its fourth hearing to detail how Mr. Trump was personally involved in a scheme to put forward fake electors. The panel also presented fresh details on how the former president leaned on state officials to invalidate his defeat, opening them up to violent threats when they refused.

Strong arming the Justice Dept. During the fifth hearing, the panel explored Mr. Trump’s wide-ranging and relentless scheme to misuse the Justice Department to keep himself in power. The panel also presented evidence that at least half a dozen Republican members of Congress sought pre-emptive pardons.

The surprise hearing. Cassidy Hutchinson, ​​a former White House aide, delivered explosive testimony during the panel’s sixth session, saying that the president knew the crowd on Jan. 6 was armed, but wanted to loosen security. She also painted Mark Meadows, the White House chief of staff, as disengaged and unwilling to act as rioters approached the Capitol.

Planning a march. Mr. Trump planned to lead a march to the Capitol on Jan. 6 but wanted it to look spontaneous, the committee revealed during its seventh hearing. Representative Liz Cheney also said that Mr. Trump had reached out to a witness in the panel’s investigation, and that the committee had informed the Justice Department of the approach.

A “complete dereliction” of duty. In the final public hearing of the summer, the panel accused the former president of dereliction of duty for failing to act to stop the Capitol assault. The committee documented how, over 187 minutes, Mr. Trump had ignored pleas to call off the mob and then refused to say the election was over even a day after the attack.

Ms. Ryan, who co-hosts a radio show with Mr. Giuliani, made clear in the note that he was facing financial troubles.

“He needs to be paid for his services,” Ms. Ryan wrote. She said she had given an invoice to Mark Meadows, the White House chief of staff, via Katherine Friess, a lawyer working with Mr. Kerik.

Ms. Ryan went on, “As you know, he lost his job and income and more defending you during the Russia hoax investigation and then the impeachment pro bono.”

She then brought up the Presidential Medal of Freedom, saying: “Mr. Giuliani rarely asks for anything for himself. He is praying you present him with this on Friday, January 15 or Monday the 19.”

The final item in her letter was “general pardon.”

The letter was left with Ms. Friess, according to the book. Mr. Kerik, appalled by the requests, then intercepted it, Mr. Kirtzman wrote.

Ms. Ryan and a lawyer for Mr. Giuliani did not respond to an email seeking comment.

In June, Mr. Giuliani issued a statement denying ever seeking a pardon. “I told my client, President Trump, that if I was offered a pardon, I would turn it down,” he said in the statement. “Since I had done nothing wrong, there was no need for a pardon.”

Mr. Giuliani had been under investigation at the time by federal prosecutors in the Southern District of New York, although that inquiry appears to be fizzling. But he has been informed he is a target of an investigation by the Fulton County, Ga., district attorney, Fani T. Willis, for his role in trying to subvert the election results in Georgia. He spent hours on Wednesday taking questions before a grand jury in that investigation.

It is unclear what charges Mr. Giuliani could potentially face. He made numerous false claims about election fraud in Georgia state legislative hearings. He also joined in a plan to create slates of fake presidential electors for Mr. Trump in states won by Joseph R. Biden Jr., including Georgia, a scheme thatthe Justice Department is now investigating.

Mr. Kirtzman wrote in his book that Ms. Ryan had sent Mr. Meadows a bill for $2.5 million for Mr. Giuliani’s services and expenses. The Times has previously reported that Mr. Trump told aides that Mr. Giuliani was only to be “paid on the come,” a reference to a bet in the casino game craps, which translated to payment only if he succeeded.

She also sought $45,000 for her own services, which she described as “working in the campaign pursuing truth and justice for the president,” according to the book.

Ms. Ryan had previously sought money for Mr. Giuliani, sending an email to the Trump campaign in November 2020 as it was raising vast sums of money from small-dollar donors on the premise of fighting the supposed fraud that Mr. Trump falsely claimed had been the reason for his loss to Mr. Biden.

When The Times reported that request to be paid, Mr. Giuliani denied that it had been made. After The Times later reviewed a copy of the email and asked him about it, he said he did not know Ms. Ryan had sent it.

The book by Mr. Kirtzman, who covered Mr. Giuliani during his mayoralty in New York City, describes the unraveling of a political figure who rose to national acclaim for his response after the Sept. 11 attacks but sank into a depression and, according to Mr. Kirtzman, excessive drinking after a failed presidential campaign in 2008. 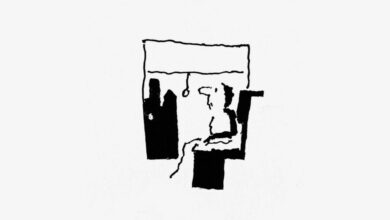 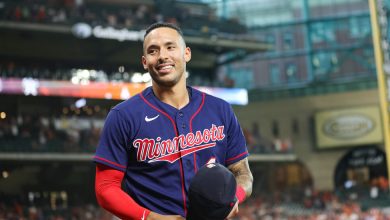 With Giants Deal Scuttled, Carlos Correa Will Join the Mets 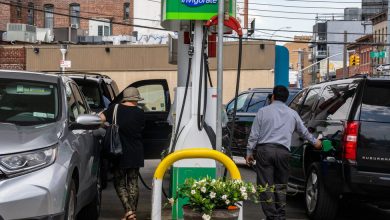 A Laundry List of New Laws for the New Year 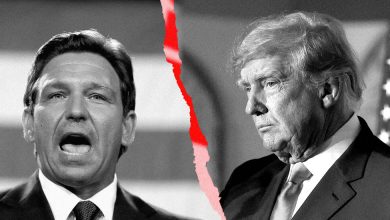 Can the Republican Party Move Past Trump?