The actor Gary Busey faces charges of criminal sexual contact and harassment related to incidents that occurred at a horror film fan convention in New Jersey, the police said on Saturday.

The charges were filed on Friday after the authorities responded to reports of a sexual offense at the convention, Monster-Mania Con, the Cherry Hill Police Department said in a statement.

Mr. Busey, 78, who lives in Malibu, Calif., was scheduled to be a featured guest at the event, which took place from Aug. 12-14 at the Doubletree Hotel in Cherry Hill, a Philadelphia suburb.

The police did not immediately respond to calls and emails on Saturday, and the Camden County Prosecutor’s Office referred questions to the police. Mr. Busey’s manager did not respond to emails, and a representative for the hotel could not immediately be reached.

A lawyer for the convention, Nikitas Moustakas, said the convention company was “assisting authorities in their investigation into an alleged incident involving attendees and a celebrity guest at its convention” in Cherry Hill last weekend.

“Immediately upon receiving a complaint from the attendees, the celebrity guest was removed from the convention and instructed not to return,” he said. “Monster-Mania also encouraged the attendees to contact the police to file a report. The safety and well-being of all our attendees is of the utmost importance to Monster-Mania, and the company will not tolerate any behavior that could compromise those values.”

Mr. Busey, who earned an Oscar nomination for his role in the 1978 film “The Buddy Holly Story,” has struggled with substance abuse in the past, even appearing in “Celebrity Rehab with Dr. Drew.”

In 1988, he was badly hurt after losing control of his motorcycle near downtown Los Angeles while riding without wearing a helmet. He sustained severe head injuries and underwent intensive surgery.

Mr. Busey has appeared in numerous movies, including “Lethal Weapon,” (1987) and “Under Siege” (1992), as well as the television series “Entourage.” In 2019, he starred in “Only Human,” an Off Broadway musical in which he played the role of God. 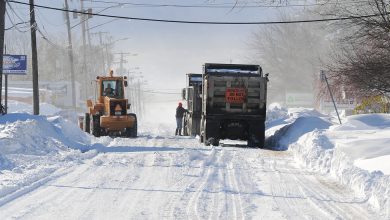 ‘Nothing Like a Buffalo Winter’: Residents Undaunted by 6 Feet of Snow 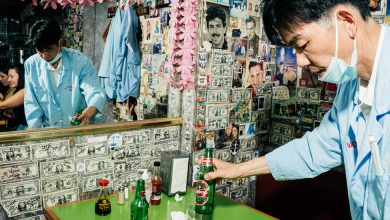 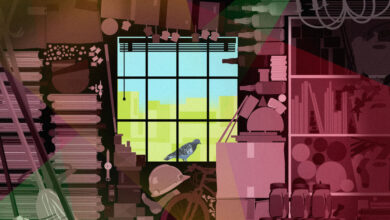 Taking Out Trash That Was Someone’s Treasure