Endurance athletes are known to visualize the finish line of a race as a means of motivation. But Ironman athletes — those who sign up to complete a triathlon consisting of 2.4 miles of swimming, 112 miles of bicycling and 26.2 miles of running — may spend more time thinking about what they’ll hear at that finish line.

They’ll hear themselves gasping for air, echoes of spectators cheering their final steps and, most important, many will listen for four famous words from Mike Reilly.

“You are an Ironman.”

Those echoing words — spoken exclusively by Reilly — have become as precious to finishers as the medal hung around their necks. It’s important to athletes that they complete the race before the cutoff time of 17 hours, but they also want the affirmation from the man behind the microphone. Over the years, Reilly’s proclamations became such a part of the Ironman brand that when he shared his schedule for the year, applications for his races would spike. (It was logistically impossible for Reilly to attend every one of the more than 170 Ironman races held annually.)

It’s nothing Reilly could have imagined. After 33 years and 214 Ironman events, he called his final event, the Ironman in New Zealand, in December.

Reilly began his race-commentary career in the late 1970s when he arrived at a San Diego 10-kilometer race injured. He was planning to cheer on his friends, but instead, he was handed a microphone from the race director. They needed someone to announce the few hundred finishers.

He kept at it. His slightly raspy voice, a runner’s understanding of endurance athletes and unwavering enthusiasm propelled him from calling local fun runs to announcing the Ironman World Championship in 1989.

Two years later, while encouraging a friend who was doubting himself before an Ironman, he uttered a few words that would change Reilly’s trajectory. “Ah, come on,” Reilly recalled telling his friend. “You are going to be an Ironman.”

The next day, when he came toward the finish line, Reilly screamed it into the microphone. “You are an Ironman!” he said. “It was like I was rubbing it in, like I told you so.” His friend waved to him and the crowd roared. So he said it to the next finisher. And the next one. The crowd was cheering louder than they had all day and started to egg him on, screaming “Say it! Say it!” as the athletes came through.

Unlike an announcer for a marathon, in which tens of thousands of athletes pass by, Reilly welcomed closer to 2,500 finishers. That meant he could have something that almost resembled a conversation with each athlete. He became a motivator, a cheerleader, a therapist and a voice of reason during a somewhat unreasonable event.

In an interview with The New York Times, Reilly talked about his undying admiration for athletes and his appreciation for the hundreds of thousands of competitors who responded to his words.

This interview has been condensed and edited for clarity.

Did you know that your off-the-cuff declaration would stick the way it has?

I wasn’t staying up all night saying, “Oh, gosh, I need a signature, I need to have a call like an announcer says a home run or a soccer goal.” I didn’t care about that stuff. I cared about making an athlete feel like a million dollars, and I found it in those four words. And I knew I wasn’t going to stop saying it if I knew it had an impact. All of a sudden, it just clicked.

People see their family and friends transform themselves into somebody else, and those four words are not an endorsement of what they did that day, it’s a certification of what they became.

What did an average Ironman race day look like for you?

I would naturally wake up at 3:30 in the morning and would be at the site at four. I’d go and talk to the athletes, and my goal for the morning was to be a sense of calm. It’s 5 in the morning, you can’t be playing AC/DC and screaming at them. You have to get them in the water, and that can be the hardest part, getting them started on time.

What’s your favorite part of the day?

Those last three hours before the race cutoff are electric. 11 p.m. is a very special time. It’s not that it means more, but they’ve been out for so long. Who goes out and does something for 16 hours straight?

Everyone would always say, “Mike please wait for me.” And I tell them I’m not going anywhere. I don’t leave finish lines. I would have grown men burst out crying as I tell them, “I’ll be there, I’ll be there.”

I was at the finish line in Kona one year, and Jan Frodeno, the winner, came back and he goes, “How do they do this? I could never be out there for this long.” He was more enamored with them than he was himself.

That’s almost 10 hours straight at the finish line. Can you take a break? What about grabbing a snack or going to the bathroom?

The more I drink the more I go to the bathroom and the more I have to get off the microphone. So I’ve learned where I can go to the limit of being dehydrated.

People have said, “Don’t take a break when I’m coming in, Mike,” and I don’t take breaks! I run to the port-a-potty and go and come back, and I even take the microphone with me if the other announcer is bringing in athletes. I have called people an Ironman from the port-a-potty.

And if someone writes to me and says, “Mike, you missed me, you didn’t call me an Ironman,” I say, “Give me your phone number.”

You’ve estimated you’ve called in close to a half-million athletes. What will you miss the most from your role?

I’ll miss the reaction and looking in the athletes’ eyes. It means so much to so many, and I never wanted to take it for granted. And I never did, because I knew everyone has a back story. They could have gone through hell to get there, and those four words were like healing, coping, transformation. It can mean so many different things.

What finishes have meant the most for you?

I’m totally enamored with the professionals. What they do and how fast they go and their commitment, and they are not making a P.G.A. golfer’s salary winning. But it’s the age groupers, I always look at them as Everyman. They are you and me. I could talk about them all day long.

My best friend for life, I brought him in. My godchild, my niece, my brother in law, my best friend who lives next door. But after half a million calls it was my son Andy. Here’s a kid that was 2 or 3 years old when I started announcing Ironman.

What will you do during an Ironman race now that you won’t be announcing?

It will be a little adjustment. I think the tough times will be during the race weekends. Lake Placid, Wisconsin, Kona, Arizona and New Zealand will be hard. On those weekends, I’ll get on my bike and do a 200-mile ride to beat myself up.

Tags
Get Have That Was What 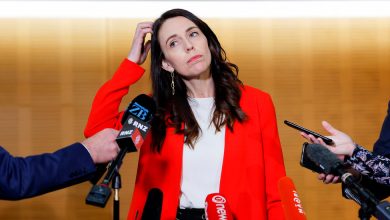 ‘Jacinda’ Never Quite Delivered on Her Promises to Kiwis 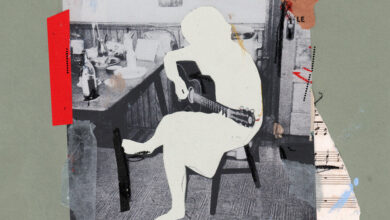 The Art of Disappearance 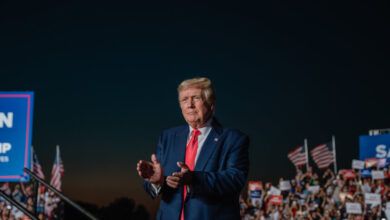 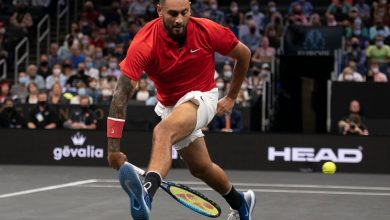 The Tennis Player’s Dilemma: Play It Safe, or Go For Broke?