I grind my teeth when the metaphor of “a race” is used in discussions about self-driving vehicle technology.

Companies developing computer-piloted car technology, including Tesla, the Chinese company Baidu, and Waymo, a sibling company of Google, are regularly described as being in a horse race to make self-driving vehicles ready for widespread use. Some U.S. policy organizations and elected officials talk about America’s need to demonstrate “leadership” by beating China at autonomous technology.

There are risks to moving too slowly with a technology that could make people’s lives better, but we shouldn’t uncritically buy the narrative that a technology that will take many years to develop — and could have both profound benefits and fatal pitfalls — should be treated as a race.

The danger is that an artificial sense of urgency or a zeal to “win” could create unnecessary safety risks, give companies permission to hog more of our personal information and prioritize corporations’ self-interest at the expense of the public good.

When you read that a company or country is speeding, rushing, racing or winning in an emerging area of technology, it’s useful to stop and ask: Why is it a race at all? What are the potential consequences of this sense of urgency? Whom is this message for?

Most self-driving vehicle technologists now think it may take decades until computer-piloted cars are commonplace. Another month, year or two years might not make much difference, and it’s not clear that all races are worth winning.

So why does this narrative about self-driving cars exist? First, companies find it useful to be perceived by their employees, investors, business partners, regulators and the public as having the best shot at making safe, useful and lucrative computer-piloted transportation technology. Everyone wants to back a winner.

Pioneers have a shot at dictating the direction of a new technology and building a network of business allies and users.

But winning a “race” in technology isn’t always meaningful. Apple wasn’t the first company to make a smartphone. Google didn’t develop the first online search engine. Taiwan Semiconductor Manufacturing Company didn’t produce the first advanced computer chip. They are technology superstars because they did it (arguably) best, not first.

Second, the “race” narrative feels like a cudgel to persuade the public or elected officials to move faster with rules and regulations, justify loose ones or expose people to unnecessary risks to “win.”

The Wall Street Journal reported last week about concerns that the autonomous trucking company TuSimple was taking safety risks with people’s lives “in a rush to deliver driverless trucks to market.” The Journal reported that a truck fitted with TuSimple technology veered suddenly on an Arizona interstate last spring and careered into a concrete barricade. TuSimple told The Journal that no one was hurt and that safety was its top priority.

Apple’s autonomous test cars have smacked into curbs near the company’s Bay Area headquarters, and earlier this year one nearly crashed into a jogger who had the right of way crossing the street, The Information reported last month.

Cars without drivers could eventually make our roads safer, but each of those incidents was a reminder of the threats that these companies pose as they work out the kinks in self-driving vehicles. Developing a streaming video app doesn’t kill people.

“We are letting these companies set the rules,” Cade Metz, a New York Times reporter who writes about autonomous vehicle technology, told me.

Cade suggested a redefinition of the race narrative. Instead of trying to win at making driverless cars widespread, there could be a race to steer this technology in the public interest, he said.

Characterizing emerging technology as a “race” with China isn’t great, either. There are advantages if an American company is the first to commercialize a new technology, but it’s also dangerous to treat everything as a superpower competition.

In an interview last year with Kara Swisher, who at the time hosted a Times Opinion podcast, the 23andMe chief executive Anne Wojcicki lamented that the U.S. was “behind” China in an “information war that’s going on with respect to understanding the human genome.” Then Swisher asked: “Is this a war we want to win?”

Good question. If China is collecting mass amounts of people’s DNA, does that mean the U.S. should do it, too?

Plus, putting this much focus on driverless cars also may crowd out alternative ideas for improving transportation.

Perhaps the race metaphor we need is from Aesop’s fable of the hare and the tortoise. Slowly, steadily, sensibly, with a keen awareness of the benefits and drawbacks — that is the way to win the self-driving car race. (But it’s not a race.)

Tip of the Week

Are folding phones awesome or awful?

Samsung this week unveiled a new set of foldable phones that combine elements of smartphones and tablets. Brian X. Chen, the consumer technology columnist for The Times, brings us his likes and (mostly) dislikes of foldable phones:

Foldable cellphones are basically smartphones with a hinge to open and close like a book to expand the screen size. Samsung has been refining this technology for years, but I remain generally skeptical about it.

These were my impressions of the pros and cons of earlier models after testing them years ago (starting with the cons):

For a similar take: David Pierce, a writer for The Verge, wrote that folding phones seem like a great idea but are annoyingly compromised.

NO ONE can resist doggy Martha with the pleading eyes.

We want to hear from you. Tell us what you think of this newsletter and what else you’d like us to explore. You can reach us at ontech@nytimes.com.

If you don’t already get this newsletter in your inbox, please sign up here. You can also read past On Tech columns. 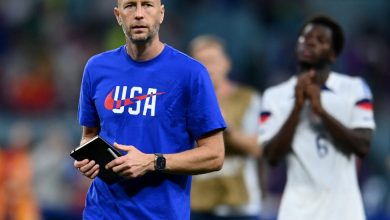 U.S. Soccer Will Investigate Coach After Report From a Player’s Parent 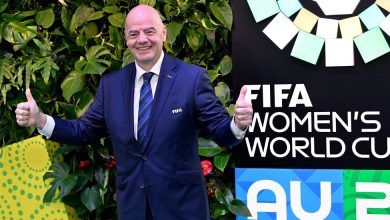 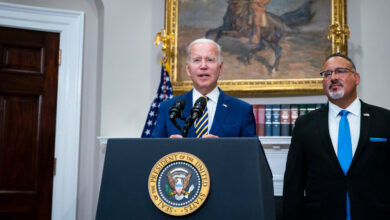 What You Missed at the U.S. Open While You Were Glued to Serena Williams