Over the course of this summer, the nation has been transfixed by the House select committee’s hearings on the events of Jan. 6, 2021, and how or whether Donald Trump might face accountability for what happened that day. The Justice Department remained largely silent about its investigations of the former president until this month, when the F.B.I. searched his home in Palm Beach, Fla., in a case related to his handling of classified documents. The spectacle of a former president facing criminal investigation raises profound questions about American democracy, and these questions demand answers.

Mr. Trump’s unprecedented assault on the integrity of American democracy requires a criminal investigation. The disturbing details of his postelection misfeasance, meticulously assembled by the Jan. 6 committee, leaves little doubt that Mr. Trump sought to subvert the Constitution and overturn the will of the American people. The president, defeated at the polls in 2020, tried to enlist federal law enforcement authorities, state officials and administrators of the nation’s electoral system in a furious effort to remain in power. When all else failed, he roused an armed mob that stormed the Capitol and threatened lawmakers.

The Justice Department is reportedly examining Mr. Trump’s conduct, including his role in trying to overturn the election and in taking home classified documents. If Attorney General Merrick Garland and his staff conclude that there is sufficient evidence to establish Mr. Trump’s guilt on a serious charge in a court of law, then they must indict him, too.

This board is aware that in deciding how Mr. Trump should be held accountable under the law it is necessary to consider not just whether criminal prosecution would be warranted but whether it would be wise. No American president has ever been criminally prosecuted after leaving office. When President Gerald Ford pardoned Richard Nixon, he ensured that Nixon would not be prosecuted for crimes committed during the Watergate scandal; Ford explained this decision with the warning that such a prosecution posed grave risks of rousing “ugly passions” and worsening political polarization.

That warning is just as salient today. Pursuing prosecution of Mr. Trump could further entrench support for him and play into the conspiracy theories he has sought to stoke. It could inflame the bitter partisan divide, even to the point of civil unrest. A trial, if it is viewed as illegitimate, could also further undermine confidence in the rule of law, whatever the eventual outcome.

The risks of political escalation are obvious. The Democratic and Republican parties are already in the thick of a cycle of retribution that could last generations. There is a substantial risk that, if the Justice Department does prosecute Mr. Trump, future presidents — whether Mr. Trump himself or someone of his ilk — could misuse the precedent to punish political rivals. If their party takes a majority in the House of Representatives after the midterm elections, some Republicans have already threatened to impeach President Biden.

There is an even more immediate threat of further violence, and it is a possibility that Americans should, sadly, be prepared for. In the hours after federal agents began a court-approved search of Mr. Trump’s residence in Palm Beach, based on a warrant investigating possible violations of three federal laws, including one that governs the handling of defense information under the Espionage Act, his most fervent supporters escalated their rhetoric to the language of warfare. As The Times noted, “The aggressive, widespread response was arguably the clearest outburst of violent public rhetoric since the days leading up to the Jan. 6 attack on the Capitol.”

Mr. Garland has been deliberate, methodical and scrupulous in his leadership of the Justice Department’s investigations of the Jan. 6 attack and the transfer of documents to Mr. Trump’s home. But no matter how careful he is or how measured the prosecution might be, there is a real and significant risk from those who believe that any criticism of Mr. Trump justifies an extreme response.

Yet it is a far greater risk to do nothing when action is called for. Aside from letting Mr. Trump escape punishment, doing nothing to hold him accountable for his actions in the months leading up to Jan. 6 could set an irresistible precedent for future presidents. Why not attempt to stay in power by any means necessary or use the power of the office to enrich oneself or punish one’s enemies, knowing that the law does not apply to presidents in or out of office?

More important, democratic government is an ideal that must constantly be made real. America is not sustained by a set of principles; it is sustained by resolute action to defend those principles.

Immediately after the Jan. 6 insurrection, cabinet members reportedly debated privately whether to remove Mr. Trump from power under the authority of the 25th Amendment. A week after the attack, the House impeached Mr. Trump for the second time. This editorial board supported his impeachment and removal from office; we also suggested that the former president and lawmakers who participated in the Jan. 6 plot could be permanently barred from holding office under a provision of the 14th Amendment that applies to any official who has “engaged in insurrection or rebellion” or given “aid or comfort” to those who have done so. But most Republicans in the Senate refused to convict Mr. Trump, and Congress has yet to invoke that section of the 14th Amendment against him. As a result, the threat that Mr. Trump and his most ardent supporters pose to American democracy has metastasized.

Even now, the former president continues to spread lies about the 2020 election and denounce his vice president, Mike Pence, for not breaking the law on his behalf. Meanwhile, dozens of people who believe Mr. Trump’s lies are running for state and national elected office. Many have already won, some of them elevated to positions that give them control over how elections are conducted. In June the Republican Party in Texas approved measures in its platform declaring that Mr. Biden’s election was illegitimate. And Mr. Trump appears prepared to start a bid for a second term as president.

Mr. Trump’s actions as a public official, like no others since the Civil War, attacked the heart of our system of government. He used the power of his office to subvert the rule of law. If we hesitate to call those actions and their perpetrator criminal, then we are saying he is above the law and giving license to future presidents to do whatever they want.

In addition to a federal investigation by the Justice Department, Mr. Trump is facing a swirl of civil and criminal liability in several other cases: a lawsuit by the attorney general for the District of Columbia over payments during his inauguration ceremonies; a criminal investigation in Westchester County, N.Y., over taxes on one of his golf courses; a criminal case in Fulton County, Ga., over interference in the 2020 election; a criminal case by the Manhattan district attorney over the valuation of Mr. Trump’s properties; and a civil inquiry by New York’s attorney general into Mr. Trump and the Trump Organization.

The specific crimes the Justice Department could consider would likely involve Mr. Trump’s fraudulent efforts to get election officials in Georgia, Arizona and elsewhere to declare him the winner even though he lost their states; to get Mr. Pence, at the Jan. 6 congressional certification of the election, to throw out slates of electors from states he lost and replace them with electors loyal to Mr. Trump; and to enlist officials from the Departments of Justice, Homeland Security and Defense to persuade officials in certain states to swing the election to him and ultimately stir up a mob that attacked the Capitol. The government could also charge Mr. Trump with seditious conspiracy, a serious charge that federal prosecutors have already brought against leaders of far-right militia groups who participated in the Capitol invasion.

The committee hearings make it clear: Mr. Trump must have known he was at the center of a frantic, sprawling and knowingly fraudulent effort that led directly to the Capitol siege. For hours, Mr. Trump refused to call off the mob.

The testimony from hundreds of witnesses, many of them high-ranking Republican officials from his own administration, reveal Mr. Trump’s unrelenting efforts, beginning months before Election Day and continuing through Jan. 6, to sow doubt about the election, to refuse to accept the result of that election and then to pursue what he must have known were illegal and unconstitutional means to overturn it. Many participants sought pre-emptive pardons for their conduct — an indication they knew they were violating the law.

Other evidence points to other crimes, like obstruction of Congress, defined as a corrupt obstruction of the “proper administration of the law.”The fake-elector scheme that Mr. Trump and his associates pushed before Jan. 6 appears to meet this definition. That may explain why at least three of Mr. Trump’s campaign lawyers were unwilling to participate in the plot. People involved in it were told it was not “legally sound” by White House lawyers, but they moved forward with it anyway.

Cassidy Hutchinson, a top aide to Mr. Trump’s last chief of staff, Mark Meadows, provided powerful evidence that could be used to charge Mr. Trump with seditious conspiracy. In her public testimony at a Jan. 6 committee hearing, she said that Mr. Trump was informed that many in the throng of supporters waiting to hear him speak on the Ellipse that day were armed but that he demanded they be allowed to skip the metal detectors that had been installed for his security. “They’re not here to hurt me,” he said, according to Ms. Hutchinson. “Let my people in. They can march to the Capitol from here.”

If Mr. Garland decides to pursue prosecution, a message that the Justice Department must send early and often is that even if Mr. Trump genuinely believed, as he claimed, that the election had been marred by fraud, his schemes to interfere in the certification of the vote would still be crimes. And even though Mr. Trump’s efforts failed, these efforts would still be crimes. More than 850 other Americans have already been charged with crimes for their roles in the Capitol attack. Well-meaning intentions did not shield them from the consequences of their actions. It would be unjust if Mr. Trump, the man who inspired them, faced no consequences.

No one should revel in the prospect of this or any former president facing criminal prosecution. Mr. Trump’s actions have brought shame on one of the world’s oldest democracies and destabilized its future. Even justice before the law will not erase that stain. Nor will prosecuting Mr. Trump fix the structural problems that led to the greatest crisis in American democracy since the Civil War. But it is a necessary first step toward doing so. 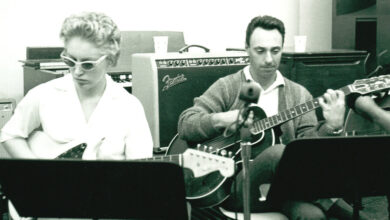 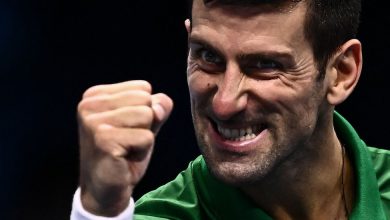 Novak Djokovic Finds Harmony and a Lot of Wins 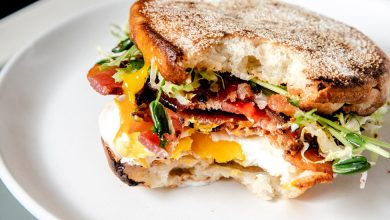 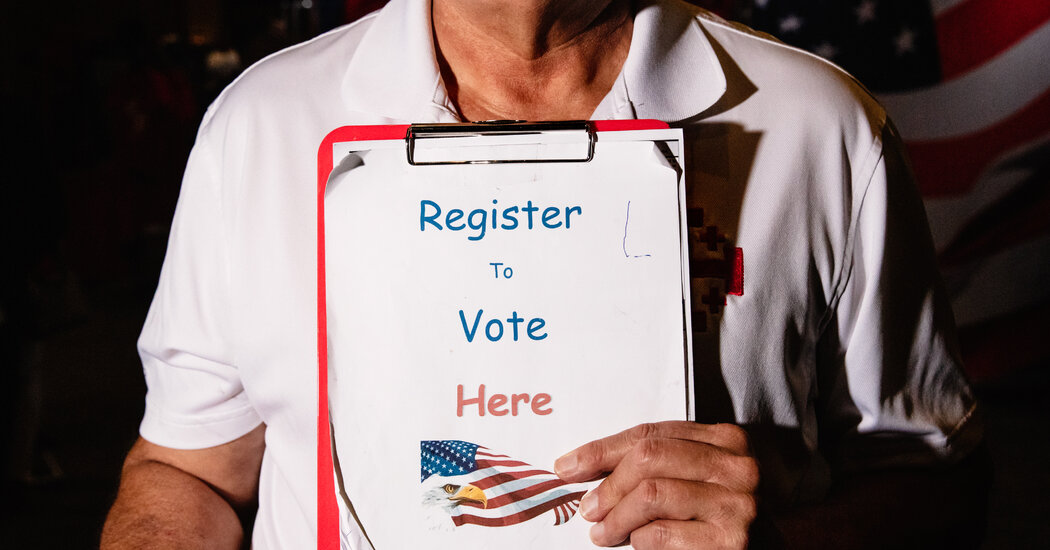