When you picture Ron DeSantis, is he smiling or glowering? Telling you about some new project he’ll bring to life or some group of people he’ll bring to their knees? Sowing inspiration or vowing retribution?

I’m guessing he’s the seething protagonist of a revenge thriller.

Here’s DeSantis as he tortures Disney for daring to disagree with his pet education law — he’s a Republican contract killer coming for Mickey Mouse. Here he is punishing and publicly shaming a Tampa-area prosecutor who doesn’t share his restrictive views on abortion. And here he is insisting that a grand jury in Florida investigate Pfizer and Moderna for allegedly exaggerating the efficacy of Covid vaccines.

His big set piece is a sadistic game with migrants, whom he relocates from Texas to Martha’s Vineyard not to benefit them but to bedevil his Democratic adversaries. And his vow to make Florida “where woke goes to die”? Woke isn’t meeting any natural end in the Sunshine State. It’s crossing paths with an assassin.

The Florida governor and Republican supernova models a version of politics not as messy theater for problem solving but as spiteful arena for retaliation, in which you’re defined by your enemies — or, rather, by how effectively you torment them.

An arena like the House of Representatives in the new year, when Republicans assume control of the chamber. How soon will they come for Hunter Biden? Anthony Fauci? Alejandro Mayorkas? They’re itching to impeach anyone who sits still long enough to be impeached. They’re bent on humiliation.

That approach isn’t new, nor is it confined to one party. It’s what has turned Supreme Court confirmation hearings into such splenetic spectacles, with senators scoring the most points by exhibiting the most disdain for nominees and making them squirm most visibly.

But Donald Trump raised it several nasty notches during and after his 2016 presidential campaign, when he beamed as his Hillary-hating supporters chanted, “Lock her up!” He understood that in an era of such intense negative partisanship, with so many people voting against the other team, grudges were gold.

“He enjoyed some of his success by being viciously retaliatory,” James Kimmel Jr., a lecturer in psychiatry at the Yale University School of Medicine, said when we spoke recently. “That has worked for him, at least in outward-seeming ways.” It carried him to “the highest pulpit that the country has available,” Kimmel noted, and other people — including other politicians — extract lessons from that.

DeSantis did. That’s obvious in his public remarks, like the ones he made in Pennsylvania on behalf of Doug Mastriano, the Republican nominee for governor of the state, before the midterms. Gabriel Sherman described the scene in a profile of DeSantis in Vanity Fair:

The cynicism and nihilism stoked by rants like that get the country nowhere, and the supremacy of revenge as a political tactic allows politicians who are receiving legitimate scrutiny — as Trump is for his tax returns — to explain it away as reflexive payback. If everyone’s perceived as indiscriminately vengeful, no investigation has merit and no investigator is on the side of the angels.

That suits DeSantis. He’s a self-styled terminator and, silly me, I thought real leaders were supposed to be germinators. But that’s not the temper of these times. DeSantis has sized them up accurately. And shrunk himself accordingly.

For the Love of Sentences 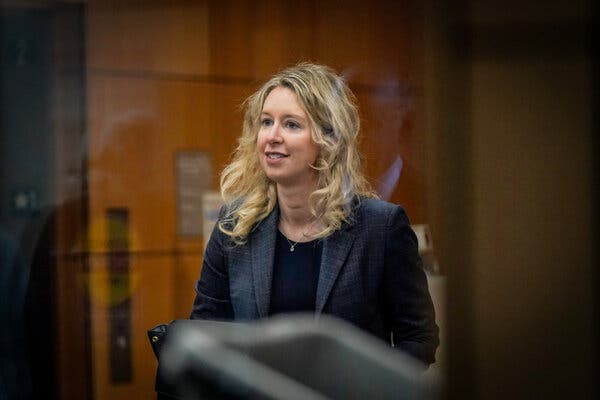 There has been significant attention lately to strife at The Washington Post, whose publisher stunned the staff with an abrupt announcement of imminent layoffs. So what better time to celebrate the fine journalists and journalism there? I’ll start with a distinguished group of them.

Dana Milbank has been listening closely to Representative Kevin McCarthy as the California Republican campaigns, ineloquently, to become the next speaker of the House: “Deep in his brain there seems to be a syntax scrambler (I’m guessing it was put there by Hunter Biden, or perhaps the Chinese) that causes violent clashes between subjects and objects, nouns and verbs, singular and plural, and past and present.” (Thanks to Donna Silver of Madison, Wis., and Arlyne Willcox of Manhasset, N.Y., for nominating this.)

David Von Drehle connected Sam Bankman-Fried to Elizabeth Holmes and others of their ilk: “Tumbling down the well-worn staircase from brilliant to colorful to embattled to disgraced, Bankman-Fried landed in a pile of battered demigods.” (Sarah Richardson, New Kent, Va.)

The book critic Ron Charles reflected on writers’ fears that artificial intelligence like ChatGPT will replace or marginalize them: “These are antique concerns, I know. Economists assure us that all those Luddite weavers in Nottingham eventually got better jobs spinning websites in Mountain View. But that’s a long yarn.” (Scott Burt, Santa Fe, N.M., and Laurence Mate, Champaign, Ill.)

And Alexandra Petri mused: “In ‘The Madness of King George,’ there are several scenes where very learned doctors dedicate considerable time and effort to squinting at the contents of the king’s chamber pot. Watching the movie, you think, ‘Well, at least we are at a stage of civilization where we don’t have to do that! We do not live in a world that hinges so completely on the condition of one or two powerful men that it is worth our while to spend hours every day examining their stools in minute detail and trying to draw conclusions from them.’ But then Elon Musk buys Twitter, and — I can think of no better analogy for what has ensued.” (Jennifer John, Troy, Mich.)

In Slate, Justin Peters had his own fun with Twitter’s tempestuous titan: “Musk is the richest man in the world and yet comports himself online like a pustulous incel on a Mountain Dew bender.” (Disa Mouat, Atlanta, and Dan Coleman, Melbourne, Australia)

Writing about the World Cup in The Guardian, Barney Ronay observed the French team’s reliance on “the deep bovine physical splendor of Olivier Giroud, a footballer who doesn’t exactly run, who never really ever ran, but instead rumbles grandly like a mahogany armoire being slid along a polished parquet floor.” (Pat Carroll, Harrisburg, Penn., and John Rowbottom, Mandurah, Australia)

And in The Ringer, Brian Phillips traced one spectator’s arc during the climactic contest between France and Argentina: “Throughout the match, the camera kept cutting to the French president, Emmanuel Macron. At first he looked trim and professional, a politician making an official appearance; by the end of the game, he looked like he’d staggered out of a bar and into the chorus of a Tom Waits song.” (Phil Waters, Evergreen, Colo.)

In a review of “Avatar: The Way of Water” in The New Yorker, Anthony Lane mentioned “a splendid moment when Jake’s adopted daughter, who is super-attuned to all sentient things, fends off a hostile human, beneath the waves, by urging a spindly invertebrate to wrap the attacker in its tendrils. Now you know: My enemy’s anemone is my friend.” (Kevin Quigley, Cortlandt Manor, N.Y., and John Kalish, Manhattan)

To finish with The Times, Blake Hounshell remarked on the enhanced appreciation of President Biden since the midterms: “There are no honeymoons in American politics anymore. But President Biden is enjoying something akin to a post-wedding limo ride.” (Lisa Mullany, Point Lookout, N.Y., and Judy Brown, Sherman, Conn.)

And Tressie McMillan Cottom offered her perspective on ChatGPT: “The history of technology says that these things have a hype cycle: They promise; we fear; they catch hold; they under-deliver. We right-size them. We get back to the business of being human, which is machine-proof.” (Paulette Sage, Cleveland)

To nominate favorite bits of recent writing from The Times or other publications to be mentioned in “For the Love of Sentences,” please email me here, put “Sentences” in the subject line and include your name and place of residence.

On a Personal (and Musical) Note

I’d probably heard Elvis Costello’s ballad 1977 “Alison,” which got considerable exposure on the radio stations I listened to, and I’d surely stumbled across his 1979 hit single “Oliver’s Army.” But I didn’t fully take notice of him until 1982, when he released his seventh studio album, “Imperial Bedroom,” and I read a rave review of it somewhere. I bought it.

The opening song, “Beyond Belief,” stunned me — in the best possible way. Here are the first lines:

Here are another two, less than 30 seconds later:

How many other singer-songwriters drew on this kind of vocabulary? How many fashioned lyrics so erudite? No wonder he wore those bulky eyeglasses, the kind then associated with physics majors, not rock stars. He was announcing his braininess.

In the decades since “Imperial Bedroom,” I’ve dipped in and out of Costello’s music, forgetting it for long stretches and then hearing a snippet and diving afresh into one of his dozens of albums. They explore and straddle various genres. They’re excellent and very good and OK.

But what they have in common is a particular intelligence, conspicuous and delightful in the way he plays with conventions, expectations and, above all, words.

Not long after “Imperial Bedroom” came the album “Punch the Clock.” Its standout single, “Everyday I Write the Book,” took the conceit of a relationship as a volume of prose to the metaphoric point where it relegated a “dreamboat” to a “footnote” and rhymed “equal” with “sequel.” It also had this bright bit:

Plenty of rockers and pop stars evoke thwarted passion or heady romance, and that’s often what I’m looking for. But sometimes I’m in the mood for an archness that’s hummable, a mischievousness to which you can tap your feet. That’s harder to find — and that’s where Elvis Costello comes in.

(Thanks to Jon Dworkow of Westport, Conn., Keith Krabbe of Princeton, N.J., and Mike Brock of London, among others, for urging recognition of Costello.)

I have rolled the former feature “For the Love of Songs” into “On a Personal Note,” which will be dedicated to songs and musicians of your or my choosing every so often. If you’ve sent in a recommendation over the past year, thank you — and please know that it has been saved. I hope to get to it down the line. 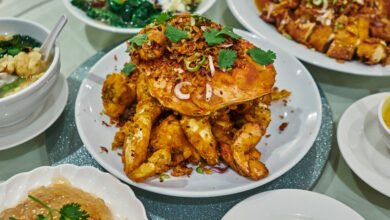 Here’s What School Covid Policies Should Look Like This Year 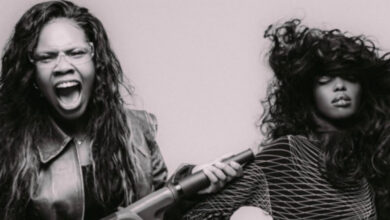 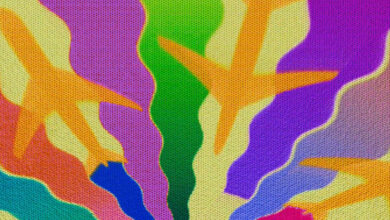 Travel the World in an App