David McCullough, who was known to millions as an award-winning, best-selling author and an appealing television host and narrator with a rare gift for recreating the great events and characters of America’s past, died on Sunday at his home in Hingham Mass. He was 89.

The death was confirmed by his daughter Dorie Lawson.

Mr. McCullough won Pulitzer Prizes for two presidential biographies, “Truman” (1992) and “John Adams” (2001). He received National Book Awards for “The Path Between the Seas: The Creation of the Panama Canal” (1977) and “Mornings on Horseback” (1981), about the young Theodore Roosevelt and his family.

Deep research and lively readability were hallmarks of his books, and so was their tendency to leap off the shelves. “Truman” topped The New York Times’s best-seller list for 43 weeks; “John Adams” was No. 1 in its first week and has since gone through dozens more printings.

His readers got a lot of work for their money: The Adams project took Mr. McCullough seven years, “Truman”took him 10 (and when at last he showed his wife the massive typescript, he said, she was amazed that it hadn’t taken longer). “The Great Bridge” (1972), his exhaustive account of the technology, personalities and politics involved in building the Brooklyn Bridge, was hailed as a monument in its own right. Yet there was hardly anything in his writing to suggest that he had ever staggered under the weight of his homework.

“The Great Bridge” (1972), Mr. McCullough’s account of the building of the Brooklyn Bridge, was hailed as a monument in its own right. His “Truman” (1992) topped The New York Times’s best-seller list for 43 weeks.

Critics saluted him as a literary master, adept at imbuing the familiar with narrative drama and bringing momentous events to life through small details and the accounts of individual witnesses. A prime example was his rendering of the Third Continental Congress in 1776, central to the Adams book, in which he captured not only the frustrating day-to-day wrangling over declaring independence as the British fleet approached, but also the sights and smells of a mucky Philadelphia summer, the quality of local architecture and local beers, and the contrasting personalities of two brilliant allies and future enemies.

“Jefferson was devoted to the ideal of improving mankind but had comparatively little interest in people in particular,” Mr. McCullough wrote. “Adams was not inclined to believe mankind improvable, but was certain it was important that human nature be understood.”

Thomas Jefferson, the shopaholic Virginia aristocrat, would confide that John Adams showed a certain “want of taste.” The frugal Adams, for his part, concluded that in Virginia “all geese are swans.”

He went a step further, inhabiting his characters like an actor preparing for a role. While writing “The Great Bridge,” he grew a beard, like the engineer Washington Roebling. Working on “Truman,” he formed the habit of taking brisk early morning walks, just as the president had done.

“People often ask me if I’m working on a book,” he said in an interview with The New York Times in 1992. “That’s not how I feel. I feel like I work in a book. It’s like putting myself under a spell. And this spell, if you will, is so real to me that if I have to leave my work for a few days, I have to work myself back into the spell when I come back. It’s almost like hypnosis.”

Paul Giamatti, left, in the title role and David Morse as George Washington in “John Adams,” the 2008 HBO mini-series based on Mr. McCullough’s book.Credit…Kent Eanes/HBO

The wealth of information and dramatic structure of his books inspired television adaptations; “Truman” led to an HBO film starring Gary Sinise, and “John Adams” was the basis of a mini-series with Paul Giamatti, also on HBO. Mr. McCullough was himself a natural on television, a self-possessed, blue-eyed, hale fellow of Scotch-Irish descent with a voice and delivery — authoritative if a bit nasal — that kept him in demand for off-camera work as well.

Mr. McCullough narrated the award-winning 1990 Ken Burns series “The Civil War.” And his was the voice that kept interrupting the 2003 Hollywood film “Seabiscuit” to explain historical context.

“Incredibly, you don’t want him to shut up,” one admirer, the journalist and blogger Gary North, wrote at the time. If Americans were at a loss to understand their history, he continued, they could count on David McCullough: “His voice — not imperious, yet not exactly soothing, either — comes on, and we become more calm.”

David Gaub McCullough was born in Pittsburgh on July 7, 1933, one of four sons of Ruth (Rankin) and Christian McCullough. If he ever knew a dark day in his early years, there seems to be no record of it. In interviews he spoke of loving the city schools he attended and having a healthy mix of interests, including reading, sports and drawing cartoons, all encouraged by his parents.

In 1951 he went to Yale, where he became a member of Yale’s secretive student society Skull and Bones and was inspired by an English faculty that included Robert Penn Warren, John O’Hara and John Hersey. Lunchtime conversations with the novelist-playwright Thornton Wilder, he later said, especially influenced his approach to choosing subjects — first, be intensely interested in them — and taught him the importance of maintaining “an air of freedom in the story line,” even when writing nonfiction.

Mr. McCullough graduated in 1955 with honors in literature. He had given some thought to writing fiction or plays or, on the other hand, going to medical school; in the event, he signed on as a trainee at Sports Illustrated, which had begun the previous year. Then came jobs as a writer and editor, first at the United States Information Agency in Washington and then for the history magazine American Heritage.

Working nights and weekends over three years, he completed his first book: “The Johnstown Flood,” published in 1968, established him as one who could take a familiar story — the great dam failure in Pennsylvania in 1889 that killed more than 2,000 people — and give it a larger life. “A superb job,” Alden Whitman of The Times wrote. “Scholarly yet vivid, balanced yet incisive.”

With the success of “The Johnstown Flood” and the support of his wife, Rosalee McCullough, he took a leap of faith, quitting his day job to write history and biography full time while the couple raised five children. They survive him: in addition to Dorie, another daughter, Melissa McDonald; three sons, David Jr., William and Geoffrey; a brother, George; 19 grandchildren; and two great-grandchildren. Ms. McCullough died in June at age 89.

Mr. McCullough in 2011 at the National Portrait Gallery in Washington.Credit…Jacquelyn Martin/Associated Press

Over the next decades he published 11 more books, including, besides those mentioned above, “Brave Companions: Portraits in History,” a collection of his essays; “1776,” which dealt specifically with the American military under George Washington and which complemented the John Adams book; and “In the Dark Streets Shineth: A 1941 Christmas Eve Story,” about the message of hope that Franklin D. Roosevelt and Winston Churchill sent forth when they met soon after Pearl Harbor.

In 2011 came “The Greater Journey,” a lushly illustrated book about Americans in Paris beginning in 1830. It did not fare so well with critics. Janet Maslin of The Times wrote that Mr. McCullough had trouble finding a unifying theme, and thus ended up with “space-filling observations” and uncharacteristically awkward juxtapositions.

He followed “The Greater Journey” with “The Wright Brothers” (2015); “The American Spirit: Who We Are and What We Stand For (2017); and his most recent book, published in 2019, “The Pioneers: The Heroic Story of the Settlers Who Brought the American Ideal West,” which provoked sharply critical reviews in The Times and The Washington Post as part of a wider controversy. “A new generation of historians, scholars and activists took to social media to accuse McCullough of romanticizing white settlement and downplaying the pain inflicted on Native Americans,” wrote The Associated Press.

Such complaints as there were about his earlier works often had to do with his obvious affection for the subjects he chose. “Truman,” for instance, helped change history’s opinion of the man for the better; it did not bring an independent point of view to the bombing of Hiroshima and Nagasaki, ordered by Truman. But then, Mr. McCullough made no secret of his admiration for men and women who were known not only for achievement but also for their courage and independence, and for principles that put the greater good above personal ambition.

Mr. McCullough was himself often held up as an exemplar of solid values. He received many awards from professional historical societies and some 40 honorary doctorates. In 2006, he received the Presidential Medal of Freedom.

In 2003, he was chosen by the National Endowment for the Humanities to deliver the prestigious Jefferson Lecture in the Humanities in Washington. He spoke of the founders’ notion of the pursuit of happiness — which, he said, did not mean “long vacations or material possessions or ease.” Rather, he said, “as much as anything it meant the life of the mind and spirit.”

“It meant education,” he added, “and the love of learning, the freedom to think for oneself.”

Personally, he said: “The reward of the work has always been the work itself, and more so the longer I’ve been at it. The days are never long enough, and I’ve kept the most interesting company imaginable with people long gone.” 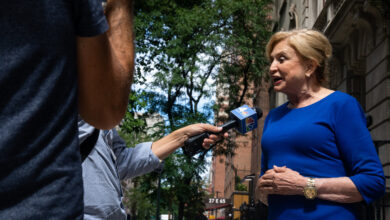 Carolyn Maloney’s Campaign Pitch: A Man Can’t Do My Job

A Conversation With California’s Chief Justice 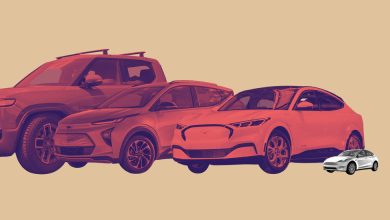 Americans Are Realizing Tesla Isn’t the Only Electric Car 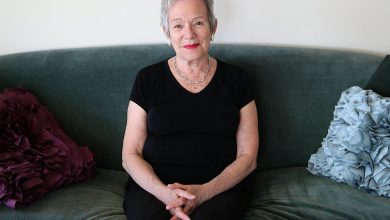