One morning last week, a group of leading feminists gathered inside the former Upper East Side home of one of their foremothers, Eleanor Roosevelt, for an emergency meeting.

The purpose of the gathering, convened by Representative Carolyn B. Maloney of New York, was technically to lay out a 12-point plan to confront the rollback of abortion rights consuming the country.

“I have been in that fight a long time,” the 15-term congresswoman said. “We take a step forward, they push us back.”

But as she and others took turns speaking, the attendees — including leaders from Feminist Majority and the National Organization for Women — found themselves grappling with another, more immediate crisis, as well: the possibility that Ms. Maloney, one of the most powerful women in Congress, could be turned out of office this month after three decades.

With overwhelmingly similar views, the candidates have toiled through the summer to differentiate themselves. Mr. Nadler, 75, has tried to claim the progressive mantle and highlighted his status as the city’s last remaining Jewish congressman. An upstart challenger, Suraj Patel, a 38-year-old lawyer, is targeting younger voters, stressing the need for generational change against two septuagenarians first elected in the 1990s.

For Ms. Maloney, 76, and her allies, though, the race has increasingly centered on women — both their electoral potential to sway the outcome and the importance of protecting one of their own at a moment when the Supreme Court and Republican-led states are rolling back reproductive rights secured half a century ago.

The congresswoman has lent the campaign $900,000 of her own fortune, and is spending a sizable chunk of it on a television ad reinforcing the message: “You cannot send a man to do a woman’s job,” she tells New Yorkers.

“He maybe can speak better than me,” Ms. Maloney said in an interview after the event, referring to Mr. Nadler. “Men are more likely to be trusted. But I am a fighter. Women fight for women.”

A fixture of the rarefied Upper East Side and the back rooms of Congress, Ms. Maloney is not a household name nationally or a particularly noted orator. But few women have ever accumulated more influence in Washington, or used it with such intense focus, to push for the Equal Rights Amendment, paid family leave, a national women’s history museum and combating gender-based violence.

“I’m not here to speak against Jerry Nadler,” said Gloria Steinem, a founder of Ms. Magazine and a leading spokeswoman for the women’s movement, who lives in the district. “It’s just to my mind saying that Carolyn Maloney is the most needed, the most trusted and the most experienced, and we should send her back to Washington.”

Ms. Maloney, a tenacious politician known for 5 a.m. cold calls and arm-twisting campaigns that can drag on for years, has been less delicate.

In the interview, she said flatly that Mr. Nadler did not work as hard as she did, particularly on local issues; accused him of taking credit for a woman’s work and said residents of one of the nation’s wealthiest, most liberal districts needed her — not him or Mr. Patel.

The tack has prompted Mr. Nadler’s supporters to bristle, particularly after she attacked him for highlighting his Jewish identity. She had earlier insisted that she would never ask women to vote for her based on her gender.

Ms. Maloney’s long career in public life — which began as a teacher in East Harlem in the 1970s after an auto accident nearly took her life and ended her aspirations as a ballerina— and her campaign messaging have undoubtedly been more varied than just that.

She donned an F.D.N.Y. jacket for years fighting for medical benefits for 9/11 first responders. She helped bring home billions of dollars in support for the Second Avenue Subway and recently overhauled the Postal Service, accomplishments she eagerly touts on the campaign trail.

The current campaign has also been dogged by the resurfacing of legislation, letters and statements Ms. Maloney made years ago questioning whether there was a connection between vaccines and autism in children, that her opponents say effectively lent a trusted voice to one of the most common — and debunked — claims of vaccine skeptics.

Ms. Maloney said she “regrets” asking questions about the topic at all and has sought attention for her efforts in Covid vaccine distribution. But that has not stopped Mr. Patel and Mr. Nadler from skewering her, or deterred a shadowy anti-Maloney super PAC from reserving more than $200,000 in 11th-hour ads amplifying the attack. (Ms. Maloney called the dark money ad dishonest and “just another example of the New York politics old boys network attempting to take down a powerful woman by any means necessary.”)

Ms. Maloney’s campaign used similar framing in dismissing Senator Chuck Schumer’s endorsement of Mr. Nadler on Monday, contending that Ms. Maloney was the better choice at a “time when women’s rights are on the chopping block.”

Indeed, few priorities have been more closely associated with her career as the work of the women’s movement. She declared her candidacy for Congress on the day of the Supreme Court’s Planned Parenthood v. Casey decision limiting abortion rights. She upset a longtime male congressman in 1992, when there were only about 28 women in the House; she fought to pass bills cracking down on human trafficking and expanding paid family leave.

Her as yet unsuccessful work to pass the stalled Equal Rights Amendment (written by Alice Paul, a relative of her late husband) has been so encompassing that Ms. Maloney attended the Met Gala last year decked out in a yellow, green and purple dress calling for its passage. Enshrining women in the Constitution, she believes, is “the answer” to many of the efforts to curtail reproductive rights and discriminate against women.

Along the way, Ms. Maloney has broken barriers for women at nearly every stage of her career — becoming the first person to give birth while on the City Council (“It was, like, national news,” she laughed) and, more recently, the first woman to lead the powerful House Oversight Committee.

Some political strategists and scholars watching the race, though, believe that the appeal may be more limited than Ms. Maloney wants — particularly given Mr. Nadler’s own track record fighting for many of the same issues.

His team has been quick to point out that Ms. Maloney has no monopoly on female voters. The campaign quickly put together a Nadler women’s group led by Gale Brewer and Ruth W. Messinger, popular former Manhattan borough presidents. “America can’t afford to lose him,” Senator Elizabeth Warren says in Mr. Nadler’s TV ad. (Planned Parenthood and NARAL have endorsed both incumbents.)

“I am of very proud of my record supporting a great array of women leaders for elective office,” said Cynthia Nixon, a Nadler supporter and actor who ran for governor of New York in 2018. “Carolyn’s record simply does not hold a candle to Jerry’s record of passing important civil rights legislation — really leading on every major piece of L.G.B.T. civil rights legislation for the last 20-plus years — and casting principled and courageous votes like voting ‘no’ on the Iraq War and the Patriot Act.”

Mr. Patel, for his part, said the bickering between the two incumbents over who deserves credit for what was more telling.

“We’re running a race focused on the future, and they are both running a race, frankly, carping at each other about the past,” he said, pointing out he agrees with their positions.

But Ms. Maloney’s supporters insist there is a difference between holding the right positions on women’s issues and making them a centerpiece of your congressional work.

“However much male lawmakers believe in a woman’s right to choose, I haven’t had any of them call me and galvanize me to action,” said Sonia Ossorio, the president of the New York chapter of the National Organization for Women.

Ms. Ossorio feels so strongly she has been handing out copies of a letter she wrote supporting Ms. Maloney to residents in her East Side building. “She puts women first and foremost when she makes decisions,” she said.

Sitting across from a portrait of Eleanor Roosevelt the other day, Ms. Maloney put a similar frame on the contest with Mr. Patel and her old ally, Mr. Nadler.

“This is the woman’s hour,” Ms. Maloney said. “This is the time that we need our most experienced and toughest leaders to be in Washington fighting for women’s rights and reversing this.” 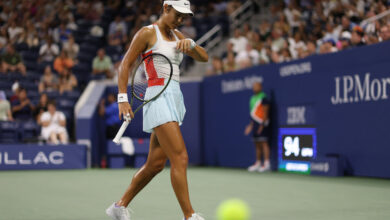 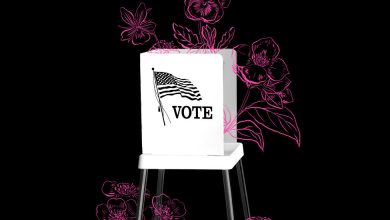 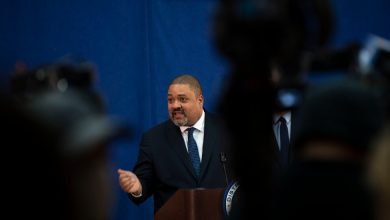 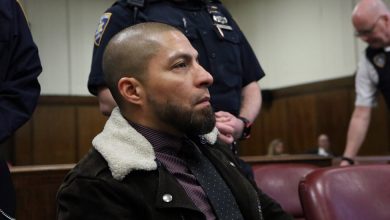