WASHINGTON — President Biden strode out of the White House early Sunday with a jaunty step and a huge grin. “I’m feeling good,” he declared. He meant physically, now that he had finally ended his lengthy bout with Covid-19, but he could have been talking about his presidency writ large.

Mr. Biden emerged from medical isolation to a new political world. Suddenly, the administration that could not get anything right, that could not catch a break, was on a roll that any president would relish: Major legislation cruising to passage, at least some economic indicators heading in the right direction, and the world’s most wanted terrorist killed after a two-decade manhunt.

Those early aspirations to being another Franklin D. Roosevelt and Lyndon B. Johnson, the ones that felt like so much hubris in the past few months, are being heard again in the halls of the West Wing and the Capitol. White House aides argue that the string of congressional victories — capped by the package of climate, health and tax provisions that finally cleared the Senate over the weekend — compares favorably to the two-year legislative record of most any other modern president, even perhaps F.D.R. and L.B.J.

Whether the victories of recent weeks will prove to be a decisive turning point for Mr. Biden’s presidency or merely a transitory moment in an otherwise bleak administration, of course, remains to be seen. Mr. Biden is still one of the most unpopular presidents in modern history at this point in his term, according to polls, and even some House Democrats quietly worry that none of the achievements will save them from an electoral rout in November.

While the domestic package that advanced over the weekend is broadly popular in surveys — and many of its individual components overwhelmingly so — Republicans hope to pull out particular elements and use them as wedge issues against Democrats, characterizing the measure as a tax increase that will empower the I.R.S. to go after middle-class Americans without fighting inflation.

But for now at least, Mr. Biden has broken the paralysis that hindered his policy agenda and perhaps dispelled the notion that he could not work his will on a Congress where he served for 36 years. He did it, paradoxically, in part by pulling back and letting senators work out their own differences rather than negotiating himself, resisting the impulses of his days as a lawmaker.

The headlines have been a tonic for a White House that had been demoralized for months: “Biden Poised for Big Wins in Congress,” “Joe Biden Just Had the Best Week of His Presidency” and “Wait, Is Biden a Better President Than People Thought?”

“There are few better feelings in a White House than when the fever of bad news breaks, because it gives a much-needed boost to the exhausted team and also sends a message to the American people that government can actually do something,” said Jen Psaki, Mr. Biden’s former White House press secretary.

“It’s potentially a narrative-changing moment,” said Cornell Belcher, a Democratic pollster who worked for President Barack Obama and Mr. Biden when he was vice president.

But legislation and other policy advances may not address one major political liability. At 79, he is the oldest president in American history, and polls show that many think he should not run for re-election as a result. Two-thirds of Democrats in a recent New York Times/Siena College survey said they wanted a different nominee in 2024; age was the top reason, cited by 33 percent.

What’s in the Democrats’ Climate and Tax Bill

A new proposal. The $369 billion climate, tax and health care package that Senate Democrats passed on Aug. 7 could have far-reaching effects on the environment and the economy. Here are some of the key provisions:

Auto industry. Currently, taxpayers can get up to $7,500 in tax credits for purchasing an electric vehicle, but there is a cap on how many cars from each manufacturer are eligible. The new bill would eliminate this cap and extend the tax credit until 2032; used cars would also qualify for a credit of up to $4,000.

Energy industry. The bill would provide billions of dollars in rebates for Americans who buy energy efficient and electric appliances as well as tax credits for companies that build new sources of emissions-free electricity, such as wind turbines and solar panels. The package also sets aside $60 billion to encourage clean energy manufacturing in the United States. The bill also requires businesses to pay a financial penalty per metric ton for methane emissions that exceed federal limits starting in 2024.

Low-income communities. The bill would invest over $60 billion to support low-income communities and communities of color that are disproportionately burdened by effects of climate change. This includes grants for zero-emissions technology and vehicles, as well as money to mitigate the negative effects of highways, bus depots and other transportation facilities.

Fossil fuels industry. The bill would require the federal government to auction off more public lands and waters for oil drilling and expand tax credits for coal and gas-burning plants that rely on carbon capture technology. These provisions are among those that were added to gain the support of Senator Joe Manchin III, Democrat of West Virginia.

Congressional Democrats are naturally more concerned with the midterm elections, as they trail in their bid to hold onto their narrow majority in the House. Unless the win streak can lift the president’s low approval ratings, it may make little difference for them in November.

“I suspect it will help with motivating Democratic activists and with fund-raising,” said Sara Fagen, who was the White House political director for President George W. Bush. “Those two things will matter in close races, but the president’s job approval would need to improve about seven points to move the needle on the House. With inflation where it is today, I don’t see it.”

Indeed, inflation remains the big skunk in the Rose Garden for Mr. Biden, souring the public as prices rise for food, housing and other necessities at the highest rate in four decades. But the White House hopes the public will balance that against the spate of successes of recent weeks, including a surprisingly robust jobs report; falling gas prices; a drone strike that killed Ayman al-Zawahri, the leader of Al Qaeda; the approval of a treaty admitting Finland and Sweden to NATO; and passage of major legislation investing in the domestic semiconductor industry and expanding medical care‌ to military veterans exposed to toxic burn pits.

The bill passed by the Senate on Sunday is itself a merger of multiple priorities, any one of which would typically be a significant legislative victory, and several of which had eluded Democrats for many years: the largest U.S. investment in history in climate and energy initiatives to fight global warming, curbs on the cost of prescription drugs for older Americans, the extension of health care subsidies and a minimum 15 percent tax on corporations that have paid little or nothing.

Democrats, defensive about rising prices, have tried to rebrand this odd-bedfellows conglomeration of policies as the Inflation Reduction Act, even though that was hardly its original purpose and it is unlikely to have a major effect on inflation in the near term. Democrats argue that lowering drug costs and making health care more affordable will offset other price increases and in that sense help Americans balance their checkbooks.

The bill, which still needs to pass the House this week, is of course a pale shadow of the original $1.8 trillion New-Deal-Great-Society-style legislation that crashed and burned last year, when Mr. Biden could not persuade Senator Joe Manchin III, Democrat of West Virginia, to go along with it. The American Families Plan, as it was originally called — or the Build Back Better plan, as it was later recast — would have paid for universal prekindergarten, free community college, expanded child care and parental leave, tax increases on the wealthy and a grab bag of other items from the progressive wish list, none of which made it into the final bill now cruising through Congress.

But this version salvages some of the elements most important to Democrats, and it is still a lot more than Mr. Biden appeared likely to get just a few weeks ago, when the seemingly endless talks with Mr. Manchin appeared to collapse once and for all. When combined with the $1.9 trillion Covid-19 relief plan passed just weeks after Mr. Biden took office and the $1 trillion bipartisan infrastructure program approved later that year, the succession of spending plans add up to one of the most expansive assertions of government in the modern age.

White House officials noted the through lines in the various packages — the original Covid relief plan included health care spending, just as the infrastructure plan included money for climate initiatives, both of which are then built upon in the latest package. Whatever the political impact, the officials argued, the president had secured a significant legacy.

And even amid Republican criticism, some of the achievements have been bipartisan, much as Mr. Biden promised as a candidate. He will showcase two of them this week with back-to-back Rose Garden ceremonies to sign the semiconductor measure on Tuesday and the burn pit bill on Wednesday.

It is an oddity of fate that Mr. Biden’s most fruitful period as president coincided with his struggle to shake Covid. On the one hand, his forced isolation kept him off the road and out of the public eye, but he also had time for phone calls with lawmakers after months of travel to Europe, Asia and the Middle East that had taken him away from his domestic efforts.

From the White House residence, according to aides, Mr. Biden made a dozen calls to Democratic senators over the final days before passage of the climate-health package, sometimes reaching them in the cloakroom. His staff delivered White House cookies to tired senators. Steven J. Ricchetti, Mr. Biden’s counselor, maintained an open channel to Mr. Manchin; Ron Klain, the White House chief of staff, kept in touch with Senator Chuck Schumer of New York, the Democratic leader, once a day and sometimes more often.

Mr. Ricchetti and Louisa Terrell, the White House director of legislative affairs, stayed all night at the White House over the weekend to monitor the marathon voting in the Senate and keep Mr. Biden up to date.

So by the time the president woke around dawn on a bright Sunday morning and received a second negative Covid test, freeing him from isolation, he knew he was headed for one of his most uplifting days since taking office. How long it will last, he cannot know, but he plans to enjoy it while he can. 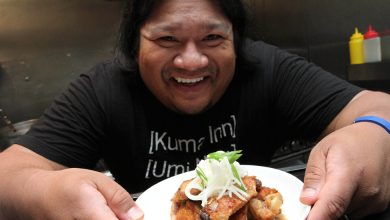 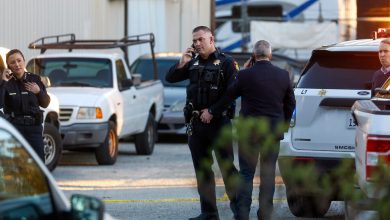 No More Excuses: ‘Get Rid of the Damn Guns’ 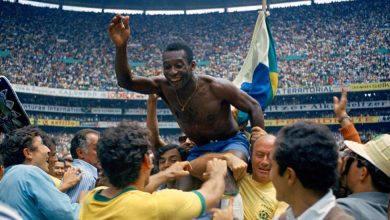 Pelé, a Name That Became Shorthand for Perfection 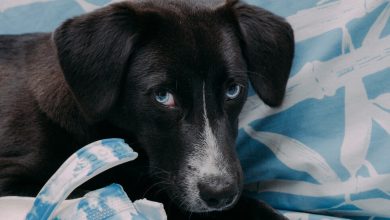 When Your Dog Is a Teenager